Saddle packs and rucksacks can only do so much. Let your bike carry your load. Here’s a guide of what to look for when you’re considering a new rack and pannier bags.

If you’ve got to the point where you’re contemplating moving on from a rucksack – do it! You’ll never regret getting a good rack and decent set of pannier bags. 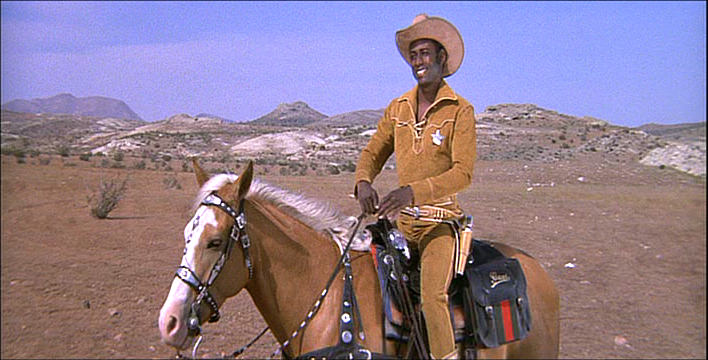 Why panniers are a great idea

Removing the load from your body makes you more comfortable in a few different ways. There’s the obvious benefit of not heaving the weight pressing against your body so you can say goodbye to any back ache or shoulder pain. Your clothing will also function better without a great big rucksack covering up a large portion of it; less bunching in winter and less sweaty in summer. Win win.

You’ll also find that panniers make your pre-ride and post-ride activities a bit simpler and quicker. You don’t have to worry too much about how you load them up with stuff. Especially if you’re taking large items with you. And when you get to where you’re going they open up really wide at the top so it’s easy to find stuff.

What your bike needs

But before you get too carried away you need to check whether your bike has rack mounts. If it doesn’t, then that’s pretty much that. 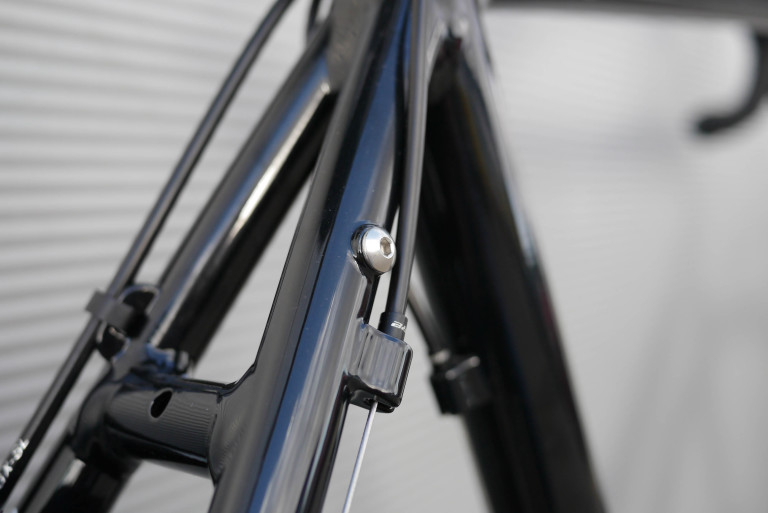 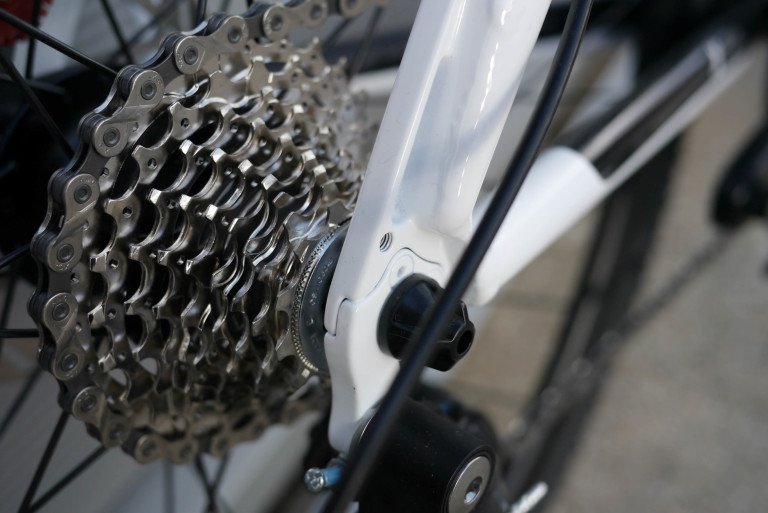 There are seatpost-mounted racks you can get but in our experience they aren’t a very good if you’re intending to use one a lot. Save your money and save up for a bike that has the mounts.

You can get racks that mount via the rear QR axle but again they aren’t ideal – especially if you puncture or need to carry heavier loads.

What to look for in a rack

They don’t vary enormously in appearance but they do vary.

The main difference in quality of racks can’t easily be seen. The quality of the materials and the quality of the welding are paramount. Cheaper racks are flexy at the very least. Quite often a weld join will break on them too.

Some racks will have higher weight limits than others. A rack with a maximum load bearing limit of 25kg is always a good sign. 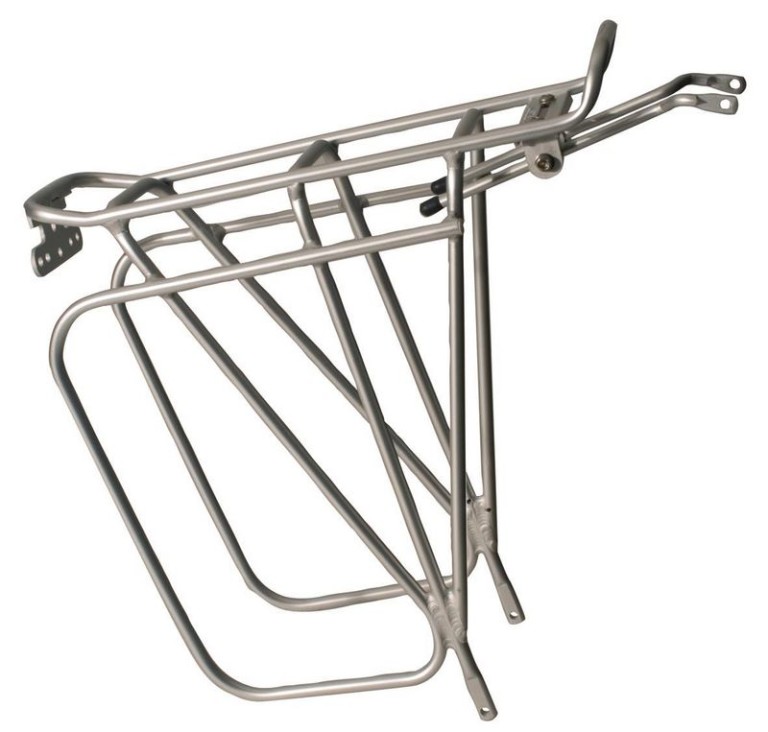 The top can feature a solid panel which some people prefer for carrying certain types of bungeed-on loads without having the risk of them falling through gaps and into the rear wheel. A solid rear panel also doubles as a sort of mudguard too. Most racks however have an open frame top to them as it makes the rack significantly lighter.

Any rack worth its salt will have a small rear panel at the very rear for attaching a rear bike light (or two).

The sides of racks all have top cross bars (where the pannier bags hook on to) but some can have an additional cross bar located a couple of inches lower than the top one. Why? Mounting panniers on a lower, secondary cross bar enables you to place items on the top of the rack without them clashing with the tops of your pannier bags.

One final thing to look for is a ‘dog leg’ sections on the sides. These are extended rear-facing corner bars that stop your pannier bag from swaying into the spokes.

What to look for in a pannier bag

A quick and secure mounting system. All the panniers we sell have quick release drop-on-and-ride systems. These cunning designs stay secure during riding but can be whisked off instantly by either lifting them up by the specific carry handle or by pressing a easy-to-operate button.

Some high end panniers allow you to fine tune the position of the anchor points. This is handy if you have concerns about heel clearance with large panniers.

Are you touring or commuting?

Generally speaking panniers are aimed at two types of rider: the tourer and the commuter. 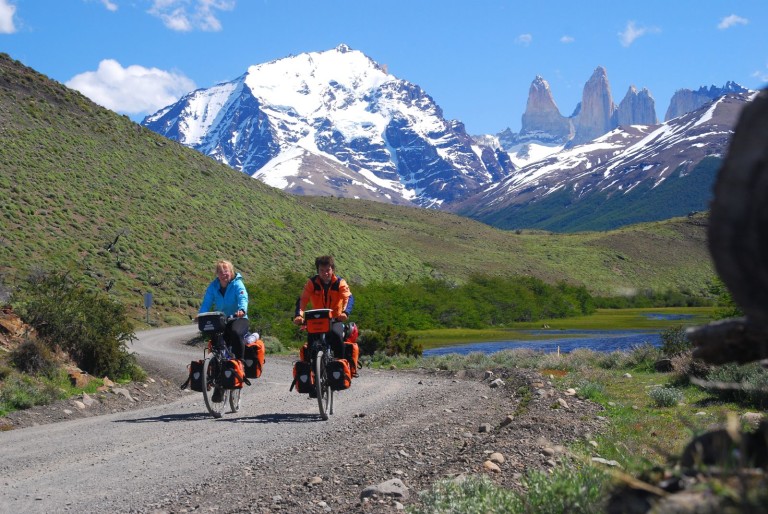 Tourers like bags that are no-nonsense, light and reliable. They’re not overly concerned about having lots of pockets and sleeves on their bags. Some commuters will feel this way too but some commuters may like to have some extra pockets on the outside of the bag for commonly accessed items such as keys, money or phone.

The desire for ruggedness and waterproofness of panniers also varies from rider to rider. Tourers may sacrifice a bit of ruggedness (and no reinforced back-board) in exchange for lighter weight fabrics. Some commuters may be fine with relying with plastic bags to keep their gear dry and not have to splash out (geddit?) on 100% waterproof designs.

Most commuters may not even require two panniers. You don’t have to use them in pairs. You can buy pannier bags individually but you can often find good deals when buying them in pairs. So you could buy a bargain pair, just use one most of the time but have the option for a second one on the occasions when you need to carry more stuff. 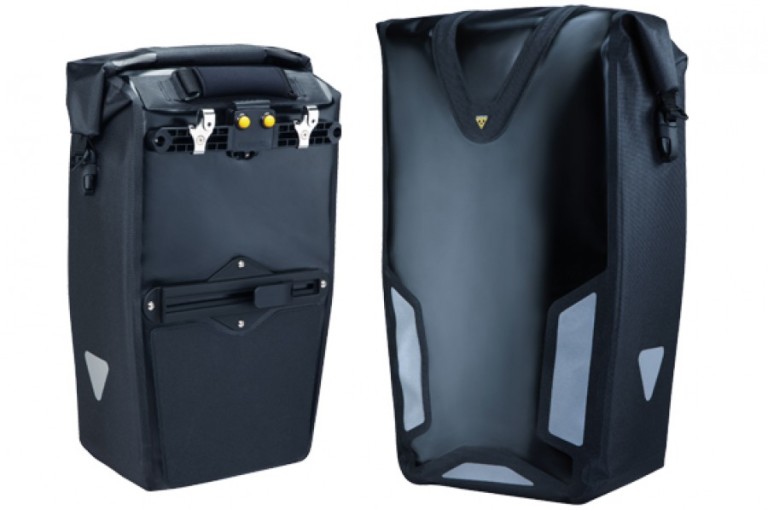 Every now and then you’ll probably have to carry a load that’s bigger than your usual one. It’s nice to be able to. We’re not going to say that everyone should get the biggest panniers available on the market (some are flipping huge!) but we do recommend erring on the side of caution. “What holds a lot, holds a little” as they say. Unless you’re doing stunts or riding over extremely rough terrain then you shouldn’t have any issues with under-filled bags.

The most common size is around 40 litres of storage (per pair of panniers). This is a good all-round capacity for carrying work stuff (folders, laptop, change of clothes) and a bit of touring should the impulse strike.

You can get smaller bags but they’re often designed to be run as fork-mounted panniers up front. You can run front panniers on rear racks but there’s not much reason to. You can also get larger volume panniers – up to a whopping 80 litres per bag – but they’re a bit niche.

Some other things to look out for: shoulder straps, reflective patches, more rear light hanger tabs, adjustable clips for fitting racks up to 12mm in tube diameter, reinforced base and corners.

Shop for pannier racks and pannier bags on Merlin Cycles