Now and again at Merlin, we get the opportunity to be involved in something different. We were very keen to take a look at a product designed by former UK professional rider, Tom Barras. Tom is one of the most down to earth, plain speaking people you could ever meet. So when Tom told us his product is a game changer, we were all ears.

Here’s the story behind SpatzWear:

Way back in 2006, after his racing season had finished in Belgium, Tom got sick of having cold, wet feet on training rides back home in the Yorkshire Dales. This is when Industrial Design graduate Tom, made the rough first sketches of the Spatz overshoes.

After the initial concept and sketches (and a failed 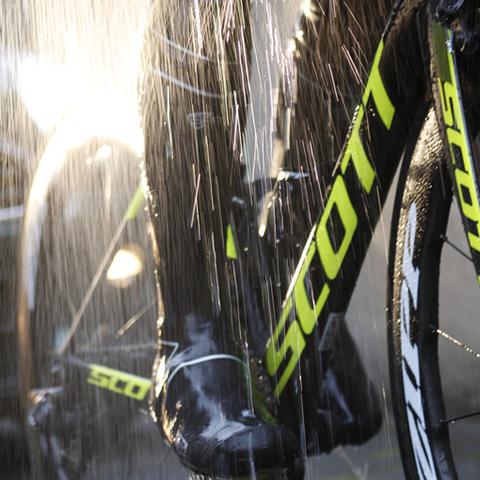 attempt of making some out of motorbike inner tubes), Spatz were shelved untill he finished his racing career and could set aside the time to develop them further. Fast forward to a wet & cold December in 2016, Tom met up with a very famous triathlete (cannot be named because of a sponsorship contract) on the weekly Wednesday ride following the River Wharfe in the Yorkshire Dales. With Tom’s feet dry because of his Spatz prototypes, the wet-footed triathlete became a business partner. The pair alongside former NFTO boss, renowned clothing retailler and Everest Summiter, John Wood, set about changing cycling overshoes forever.

Q&A with Tom Barras of SpatzWear

So what is so different about Spatz compared to other neoprene overshoes?

“The difference is in the attention to detail within the design. Also the quality of the neoprene, welded seams and seals used in manufacture. There is only one factory capable of producing the quality that we insisted upon for Spatz. They are expensive to produce because of the technology that goes into making each pair. You won’t find anything like this, and we’ve patented it…” explained Tom.

“They don’t work! Despite the continual technological advancements in cycling, overshoes have pretty much stayed as they were in the 1980’s. We shouldn’t have to accept having feet like blocks of ice after a couple of hours in winter. It is 2017, we’ve got WiFi and loads of cool stuff – there’s no need to ride with wet cold feet! After years of wrapping my feet in plastic bags and cling film I decided to develop a product which would allow you to train in the cold and wet for hours longer than your competitors. If you can train more, you’ll be better. Simple. And they look cool as…”

In todays world, with Zwift etc – why should people still get out?

“Sooner or later the novelty of riding on your trainer wears off. It’s just not like being outside and being part of the great outdoors, seeing a squirrel gathering their nuts, for example. You just don’t get the randomness of the real world on the turbo and you don’t get realtime banter with freinds. Many people don’t have a choice but to ride in the cold. If you’re on your daily commute and it rains, put your Spatz on. You’ll get to work or get home without frozen feet, that’s worth £80 in itself…”

“There isn’t a real alternative for being social and getting out training with your ride mates, tough rides pull you together. Sometimes winter training inevitably coincides with rough weather. But, it’s like the old saying goes, there is no such thing as bad weather just bad clothing…”

“It’s those particularly grim days that are the ones that forge friendships and get talked about decades later. My dad, Sid, still talks about him and Keith Lambert getting stuck in a Snow drift, on Fleet Moss 40 miles from home in 1977 – nobody will talk about a particular day on Zwift in 40 years time…”

“Get some Spatz, get outside and get stuck in!”