On 18 march 2017, at 6AM around 70 riders head out on a 5500 kilometres race, unsupported from Fremantle to Sydney, across Australia, yep it’s across Australia, unsupported so riders need to be self-sufficient. The race is one single stage, rest when you want, ride when you want. There is no prize money and the clock doesn’t stop until you reach the Sydney Opera House. At 40 AU Dollars (£25) the Indipac must also be the cheapest race to enter, per kilometer. 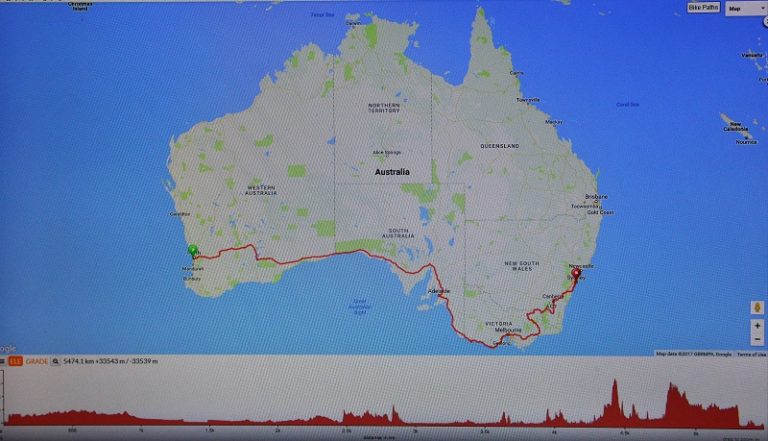 The route across is not the most direct or fastest route either, it detours to take in the Australian Alps and the Great Ocean Road as well as state capital cities along the way. Just in case you think it’s not that hard because Australia is all flat and beeches, the 5500 kilometres includes 33’543 Metres (110’000 ft) of climbing, most of which is in the last 1000 kilometres through mountainous and stunning Australian Alps. As well as the distance, the weather too could play a major role in the event. March is late summer in Australia but can still provide 40 degree days crossing the Nullabor Desert. Nullabor meens no trees – ie no shade & not much to look at – except for road kill, and the big horizon. Near zero degree nights are also possible so riders will need to be prepared for all eventualities.

The race has competitors from all over the world including several elite endurance athletes and the Around the World record holder, Mike Hall from the UK. Australian vlogging stars, Cycling Maven and Harley Johnston will also stream live vlog from the race.  The race pays homage to the epic ride of Sir Hubert Opperman (Oppy) back in 1937, albeit on a more direct route. In 1937, Oppy covered the 4627 km route between the Indian Ocean on the West Coast and the Pacific Ocean on the East coast in 13 days and 10 hours, much of the route at this time was dirt tracks. 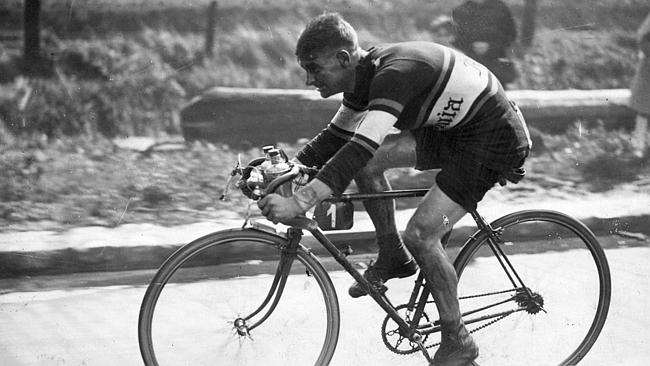 As well as a nod to the legendary Oppy, the race shines a light through history onto the Overlanders. The overlanders were the adventurous young Aussie’s who crossed their country on the recently invented bicycle in the 1890’s. The overlanders set records between Australia’s major cities at a time when there were no roads and very few food or water sources. Overcoming incredibly tough conditions led to the early overlanders being lorded by the press. Local towns would come out to watch the overlanders pass through, much like modern-day Grand Tour fans would today. 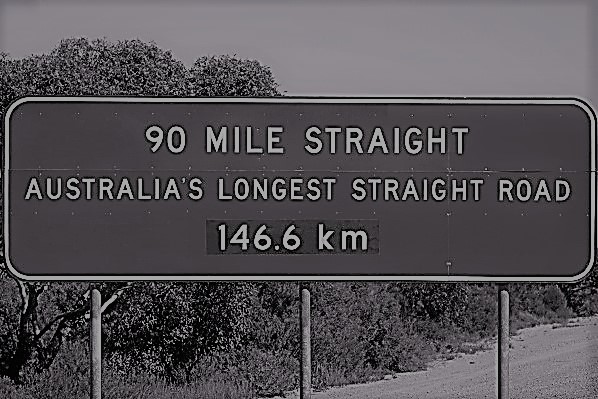 No Worries about cornering technique on the Nullabor 90 mile straight

The rules for the Indian Pacific Wheel Race;

1 Ride the full route under your own power

4 No Race Arrangements or bookings before the race begins 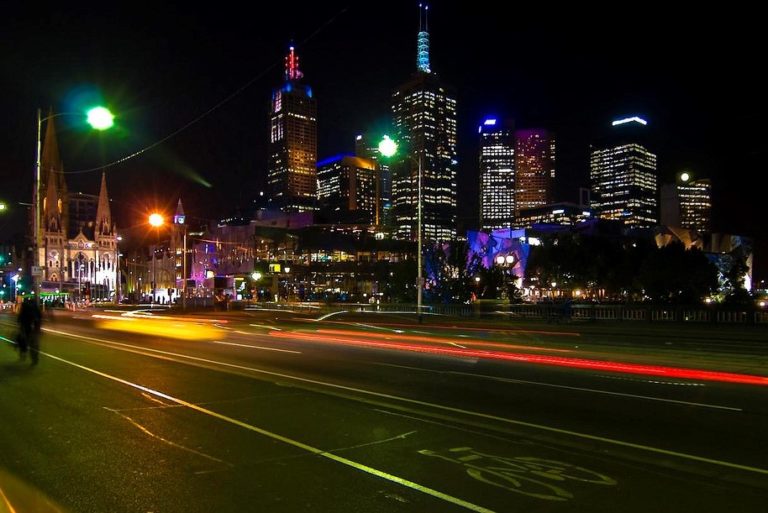 Bike lanes of Melbourne at night

Not sure whether the riders would agree, but here’s some of the route highlights for the 5500 kilometre route;

So as you head out for a ride this weekend or in the next week or two, spare a thought for the intrepid IndiPac riders…

Planning a spring / summer bikepacking adventure of your own? Check out our Blackburn Outpost range.