Nothing beats the feeling of spending a sunny afternoon exploring forest trails and hidden paths. Or not having to hit the gym in the evening because you’ve already commuted to and from work on your bike; your workout is done for the day! Whether you dust off your helmet every day or prefer to save it for family adventures out, have you ever wondered just how many likeminded people love their cycling too?

By digging through some of the latest government statistics, Merlin Cycles has put together the Great British Map of Cycling. Here you can find which regions in the UK take their cycling seriously – how does your area stack up? We also explore whether cycling can lead to increased happiness (we certainly think so) and we bring you some of our favourite cycling routes from across the entire country – let’s see if you agree. 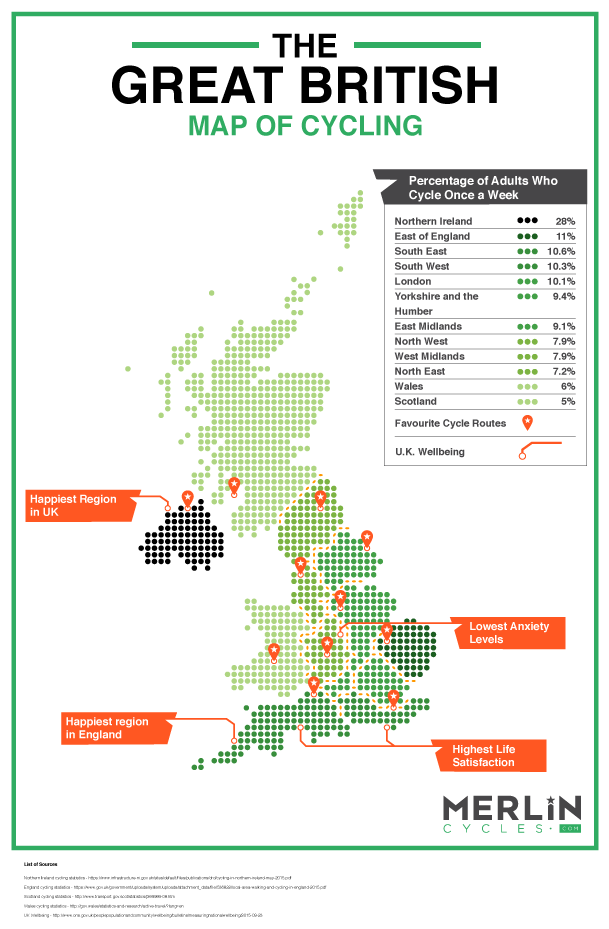 Does cycling lead to happiness?

The science behind exercise and so-called “happy hormones” is profound. Serotonin is the chemical in our brain that is predominantly responsible for making us happy, and when these levels are depleted it is thought to lead to depression and anxiety. Studies have also shown that exercise can increase our serotonin production. So does that mean there could be a correlation between increased exercise and our levels of happiness?

Let’s take a look at the numbers.

According to the latest statistics on cycling in Northern Ireland, it is thought that 28% of adults cycle at least once a week. That’s more than a quarter of people in the entire country who hop on their bikes, whether it’s commuting to work or heading out into the wild countryside at weekends. And, perhaps related or perhaps not, it’s great to see that Northern Ireland is also considered to be the happiest region in the UK. According to the report from the government, those in Northern Ireland report higher than average results for life satisfaction, happiness, and considering what they do to be worthwhile. 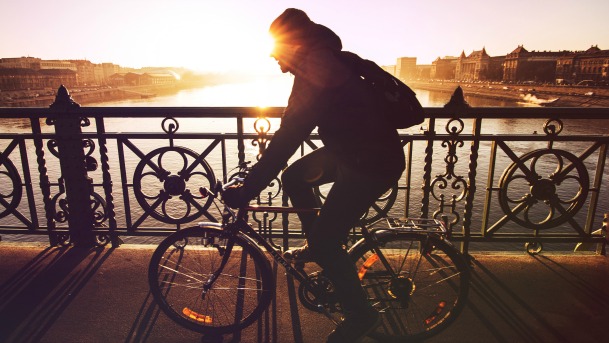 That’s not all. The south east and south west of England reported that 10.6% and 10.3% of adults took to their bikes at least once a week. People in both of those regions both reported significantly higher average ratings of life satisfaction. And the south east was the only English region to report a significantly higher sense of happiness compared to the rest of the country, as well as higher levels of feeling worthwhile in life.

A few other statistics…

For the East Midlands, almost one in 10 people (9.1%) hopped on their bikes once a week, and this region had a significantly higher proportion of people reporting very high levels of happiness compared to the UK as a whole.

And finally the West Midlands reported an average of 7.9% of adults cycling on a weekly basis, as well as being the region in the UK that reported the lowest levels of anxiety in the country.

When your think of people who cycle on a regular basis, naturally your mind may jump to leisurely journeys along the coast or exploring the local forest trails. But for many people, their daily cycling regime comes in the form of getting to and from work. Whether you live one mile away from your office or eight, choosing to cycle instead of driving or taking the bus is a great way to get some exercise and cut your carbon footprint at the same time. 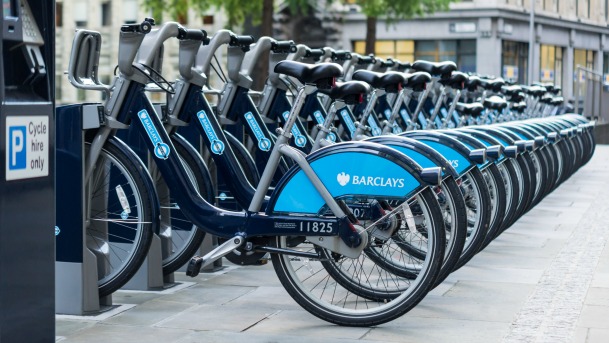 According to the most recent government figures, the capital city of London ranks 5th on the list of regions for cycling with at least 10% of adults saying they hop on their bike at least once a week. Transport for London even predicts that the number of people cycling on central roads in the city will soon overtake the number of car drivers.

This is something we love to see!

Wherever you live in the country, if you love to cycle then we want to help you get out and about as much as possible. So if you’re looking for a little inspiration on where’s good to get out and about, read on for our list of the top cycling routes for each region in the UK.

That’s right; from the remote islands of Scotland to the edge of Cornwall, we’ve scoured the land to bring you our 11 favourite tracks and trails that are perfect for your two wheels.

If you’ve been a cycling lover for some time now, then it’s likely that you’ve already paid a visit to the Isle of Arran. Situated just off the west coast of Scotland – its closest big city is Glasgow – the Isle has beautiful rolling hills and a real tough and rugged landscape, but don’t be put off. It may seem small but it is packed to the seams with all manner of trails ranging from easy to severe, so there’s something for everyone! The distances vary too, so there are simple six-mile trails if you’re off on a family day out, and 21 milers with extreme hills if you’re looking for a challenge.

With over 2,000 hectares of forest and more than 33 miles of forest trails to explore, it’s no surprise that Hamsterley Forest comes out as our top pick for the North East region. Whether you’re looking for a leisurely cycle with the family or for some adrenaline-pumping mountain bike action, this is the destination for you.

3. The Cinder Track, Yorkshire and the Humber

Stretching up the coast from Scarborough to Whitby, the Cinder Track gives you the secluded ocean tour that you’ve always dreamed of. It’s a decent distance of 21 miles, so it’s perfect for a day trip. Why not pack a picnic and take in the incredible sea views, visit some secret coves while you’re at it and pop into a couple of the historical sights you’ll come across along the way?

If you’re paying a visit to the North West of England, you can’t miss the Lake District. And if you’re in the Lake District on a cycling adventure, you may as well visit Windermere. One of our favourite cycle routes in this region takes you from Kendal to the town of Windermere, and we promise that it is one incredible treat for the eyes. 11.5 miles of undulating country lanes and cycle paths mixed with gorgeous views of the River Kent. You’ll certainly be back for more. 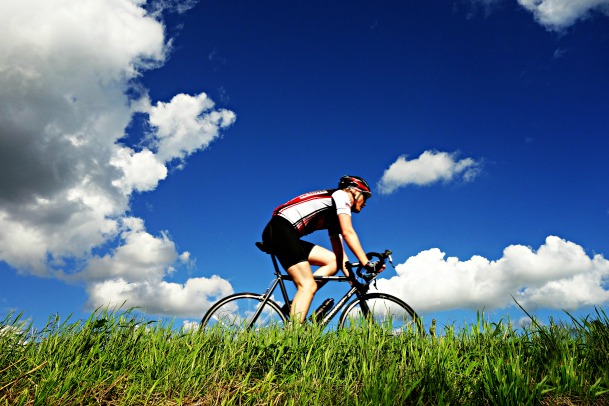 With breathtaking views of the Atlantic Ocean, you’ll certainly enjoy your fair share of seaspray on this coastal journey. There are a few hills throughout the ride but the end result is certainly worth it! You’ll finish your adventure at the visually stunning Giant’s Causeway, so make sure you set off early in the day so you have plenty of time to explore and take pictures! It’s a once-in-a-lifetime place to visit!

At a leisurely 8.5 miles and a completely traffic-free route, the Monsal Trail is perfect for quiet family days out. You’ll be heading straight through the heart of the Peak District so you’ll be enjoying gorgeous forest views and breathing in lungfuls of fresh air. There are plenty of trails for you to choose from depending on what kind of adventure you’re looking for.

Starting in the historic town of Stratford Upon Avon, the Green Way Trail is 17 miles long and takes you through some of the region’s typically quaint and little English villages and hamlets. It’s perfect if you’re looking for something to do one sunny Sunday. Whilst you may encounter the odd hill, there’s nothing too steep or tiring and you can take plenty of breaks along the way whilst taking in the spectacular views.

Perfect if you’re not looking for anything too tiring, the Marston Vale consists of two 4km loops in a figure of eight. Both tracks are fully surfaced so you’ve got a completely smooth ride ahead of you. You’ll get to enjoy some incredible forest views, as well as some gorgeous lake scenery. If you’re thinking of a fun and jam-packed day out in the fresh air, then this is the trail for you.

Wales is famous for its breathtaking views, and there will certainly be plenty of those if you head out on the Elan Valley Trail. It’s an 18-mile round trip where you get to take in some incredible views of the reservoir whilst nestled in a valley of beautiful rolling hills. Perfect for a couple of cycling enthusiasts who are looking for a great day out, it’s also ideal if you’re thinking of getting into off-road cycling.

The Forest of Dean is one of the most beautiful places in the country. Often considered to be a fairytale forest, if you head there in spring time and summer you’ll be greeted with glorious blue skies and blankets of coloured flowers. With distances ranging from three to 11 miles, it’s perfect for both families and keen mountain bikers. The terrains vary dramatically, ranging from completely flat to some hills that are near vertical – are you ready for an adventure? 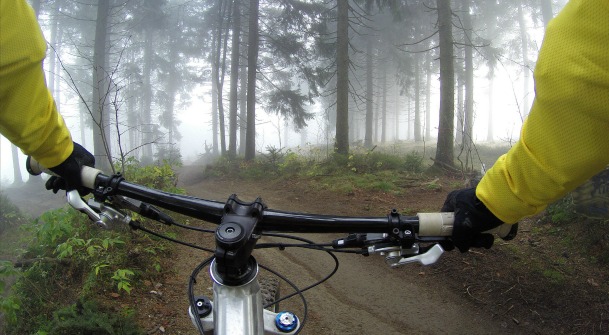 Running from the spectacular Tonbridge Castle to Penshurst Place, the Tudor Trail takes you right through the centre of the market town and gives you glorious views of the countryside along the way. Your journey will be mostly off-road, giving you a better adventure than just sticking to the pavements, but your efforts will certainly be rewarded.

What does cycling do for you?

We love cycling. Here at Merlin Cycles we live for it. But we want to know what it does for you. Do you hop on your bike because it’s good for the environment? Purely to keep fit? Or do you love the rush of adrenaline as you whizz down a hill?

What are some of your favourite cycling routes in the UK? Did we hit the nail on the head with our list, or do you know some hidden gem that we could include in the future? Why not get in touch and let us know.