Crashing your arse off (literally) in front of the Queen is something that you probably won’t forget. Here’s Merlin’s Tamina and her testimony of her fateful day at the Ride London…

The inaugural Ride London Elite Women’s Grand Prix took place just outside of Buckingham Palace with a short circuit including some of London’s most exclusive and well known streets: The Mall, Birdcage Walk, and Horse Guards Parade.

In other words, we were bombing it around the Queen’s pad. 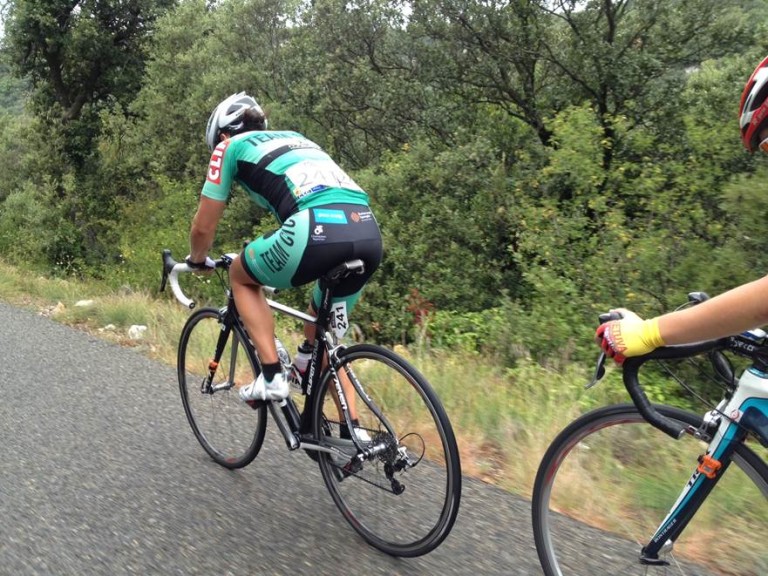 Ominously the start of the women’s race was delayed due to the previous youth’s race having culminated in a nasty crash across the finish line.

As our wait extended to 30 and then 40 minutes it became apparent to me that the already inadequate single lap warm-up was going to be next to useless for the imminent speeds of the race.

After an announcement that our race was going to be truncated from 1 hour to 40 minutes we eventually got on our way. Speeds were high and numerous attacks were made. None stuck and from my perspective it was all panning out pretty predictably and relatively uneventfully.

In the final lap though, the pace was increasing with riders getting twitchy as they vied for optimum positions and the inevitable bunch sprint finale.

And then it happened. The uneventful became eventful and the predictable occurred, yet in a way that was impossible for me to predict: a right royal pile up on some of Britain’s poshest tarmac.

Analysing the televised footage of the crash I was reassured that there was nothing I could possibly have done to avoid the collision, which occurred directly ahead of me and was bordered by high pavement curbs and metal railings.

With three riders and their bikes sprawled horizontally across the floor there was no available escape route; my only option was to reduce my speed as much as possible before careening into a prostrate Olympic gold medallist and joining the melee.

Flying over my handlebars and through the balmy evening air was fun.

In immense pain and unable to move I could hear my crash buddies groaning alongside me. All united in agony while awaiting the paramedics and their relieving Entonox.

With a suspected fractured pelvis I was transported in an ambulance on a stretcher to St Mary’s A&E, where I spent the evening undergoing a battery of tests and x-rays.

The royal theme continued. I was discharged late that same night with deep bruising and surface flesh wounds. As I left, still wearing the oh-so flattering hospital gown I had been given to protect my modesty (since my riding kit had been cut off me with scissors), I found myself directly in front of a doorway that had rocketed to worldwide fame during the preceding two weeks: the entrance to The Lindo Wing!

I began to wonder whether I was making off with the very maternity gown that Kate Middleton, Princess of the UK, had been allocated during her stay.

I bet that there aren’t many of you reading this who can lay claim to their very own section of Horse Guards Parade, whereas I can… Surely you’d agree it is only right that I claim ownership to mine, given that it is embedded in my buttock.

Thanks for reading!
Tamina