After months of “Will it / Would it / Should it Happen…” It’s finally upon us, the Olympics are kicking off in Japan.

Yes, the Covid19 disrupted four year Olympic cycle has finally come around, albeit without spectators. The time when we get to watch all those sports which we rarely see, like Greco Roman Wrestling and horse dancing (aka Dressage) for example. While the Road and MTB Cycling events are relatively straight forward, the velodrome racing can seem a bit baffling at times. Here is our essential guide to the Olympic Cycling events. 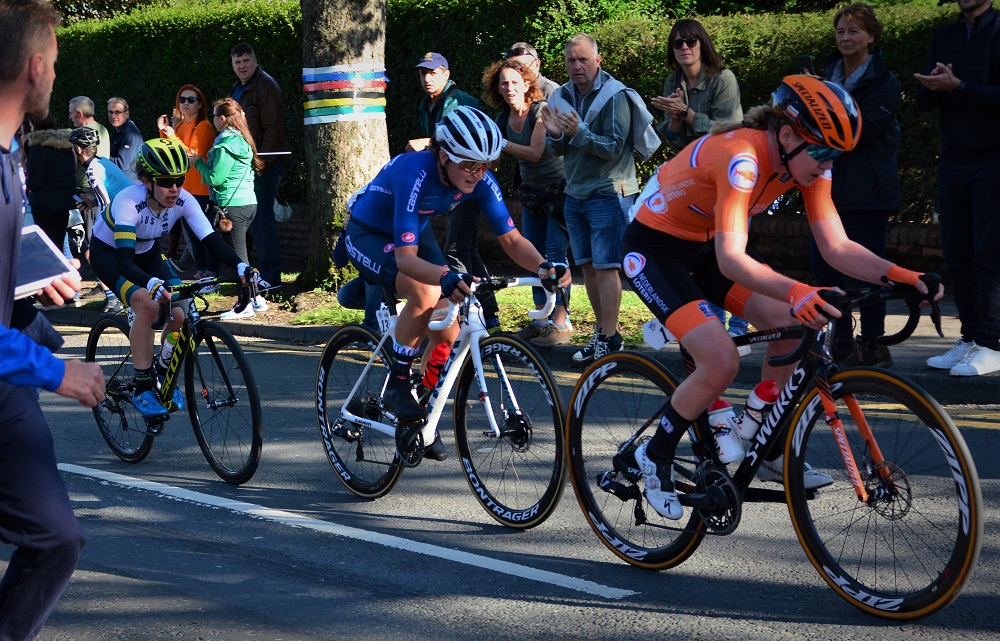 Track cycling events are due to take place from 2nd – 8th of August. Timings are tricky for UK TV viewers, track racing fans could be in for early morning action. 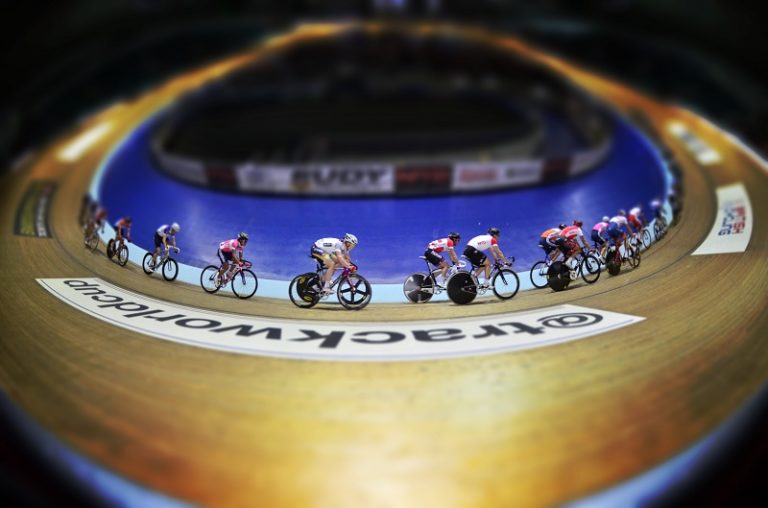 Held over 4000m, teams of four start at opposite ends of the track. The teams work together as a cohesive unit, each rider sharing the pace setting at the front. Teams are allowed to lose one rider, the finish time is taken on the third rider. All eyes will be on Rio 2016 winners Team GB, however expect Australia, New Zealand, Italy, Denmark and Germany all to be fighting for the top podium positions for both the mens and womens events.

Omnium – Six Events in One

10km Scratch – Bunch race which culminates in a sprint finish, unless a rider can gain a lap on their own. If several riders gain a lap, the final sprint is between those riders.

Individual Pursuit – An individual race, from a standing start, opponents start on opposite sides of the track (3k Women / 4k Men).

Elimination Race – Formerly known as the ‘Devil Takes the Hindmost’ riders stay in the race by not being the last rider in the group at the end of every second lap. The race finishes with a two rider sprint for the win.

Time Trial – 1Km for Men and 500m for Women Individual race from a standing start.

Riders accumulate points from each of the six rounds, the rider with the most points wins. Focus for GB fans will be on Laura Trott, who won in London 2012 and Rio 2016. 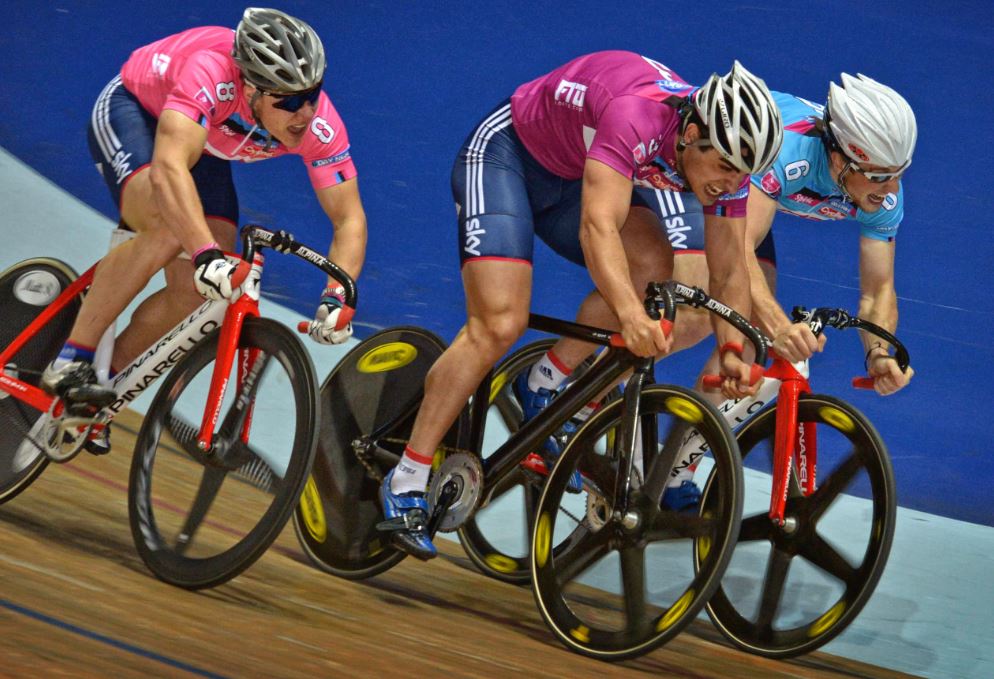 Riders qualify in a 200 metre time trial, the fastest go through to the last 16. The 16 riders then have match sprints (best of three). The match sprints are over three laps and usually only ‘kick off’ in the last lap or so. The first two laps are usually a cat and mouse game of each rider trying to get their opponent where they want them. The match sprints end up with a runners up race for the Bronze medal and a final for Silver and Gold. Always exciting to watch, track sprinting is a rare mixture of tactics, agility and outright bulk power. 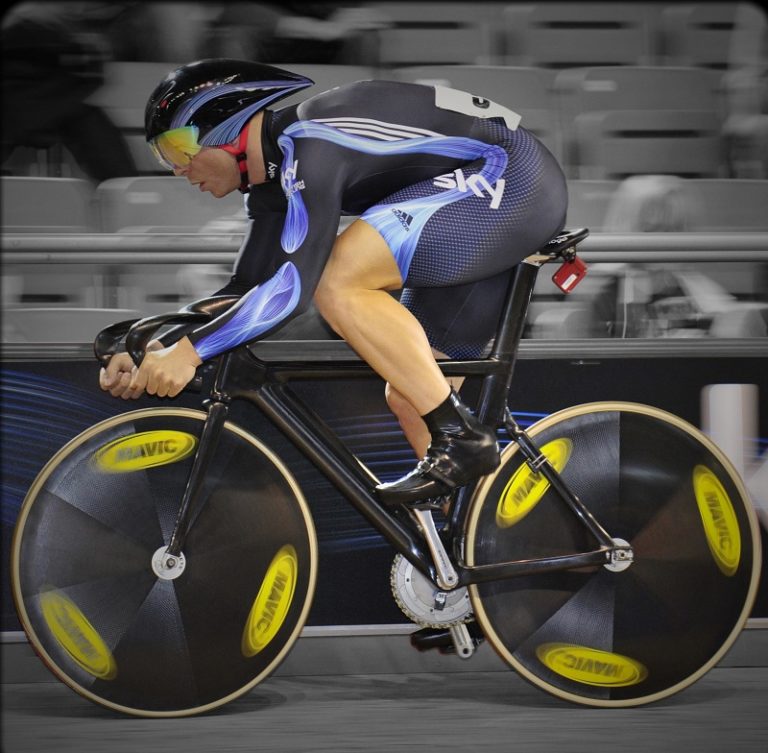 The Keirin is the one with the funny looking motorbike (Called a Derny). The Derny leads the field around and gradually increases the speed to around 50kph in the men’s race and 40kph in the women’s race. The Derny then peels off the track with two and a half laps to go. The riders then have an all out sprint to the line. Nobody is allowed to get past the Derny bike before it peels off the track. Keirin Racing is a massive sport in Japan, where punters bet on the results, much like horse racing in the UK.

The Team Sprint, involves teams getting around the track as fast as possible from a standing start. Two teams start on opposite sides of the track. The men complete three laps and the women complete two. The man one, (or woman one) position is critical as first lap acceleration is vital in the short race. After a lap, the first rider peels off, leaving the remaining rider(s) to complete the distance. At the end of each lap riders have a 15 metre zone which they have to change places with the next rider. 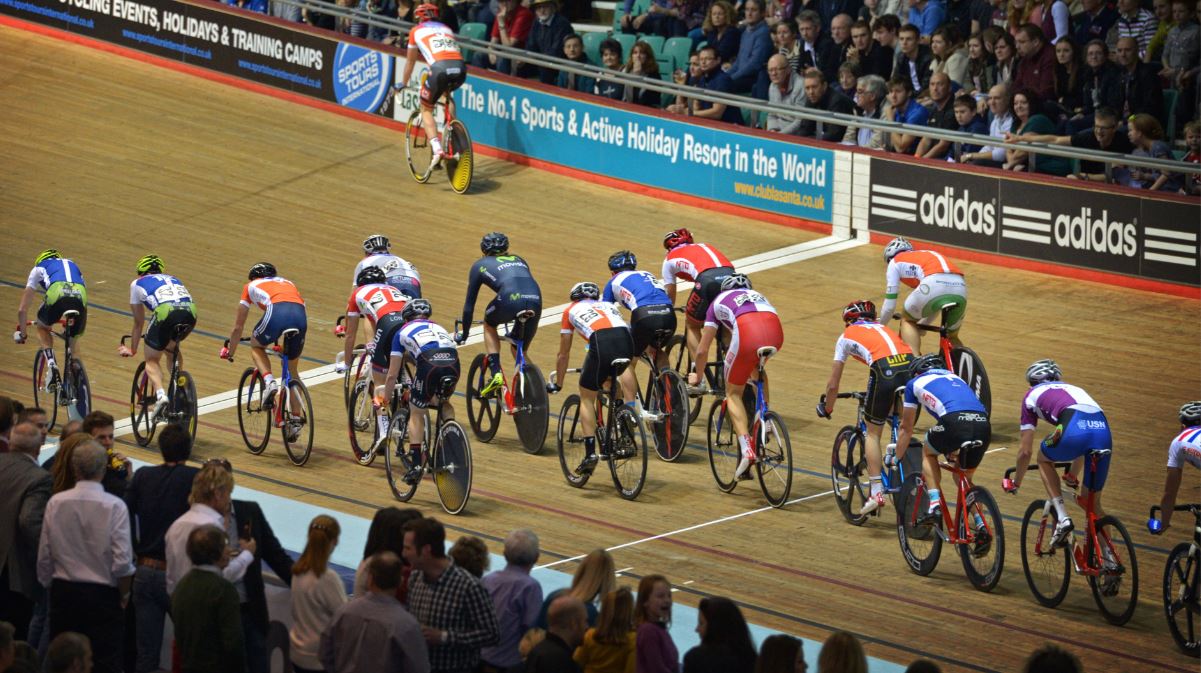 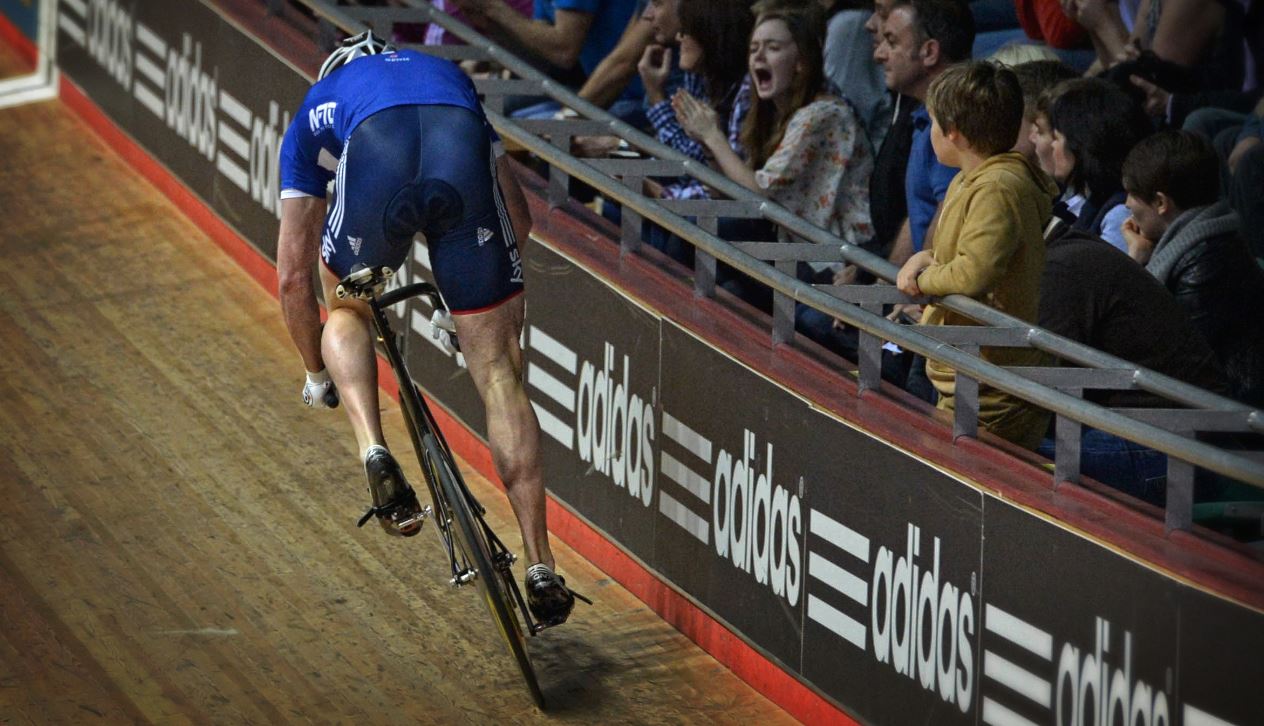 The road cycling events are due to start on the 24th and 25th with the Mens and Womens road race. The time trials are on 28th July. Again, early starts for TV viewers, or catch up on the highlights later.

The men’s road race tackles a hilly 234 kilometre course which should favour powerful climbers such as the Slovenian duo Tadej Pogacar and Primoz Roglic. The UK team has a strong North West vibe with the Yates brothers and James Knox (travelling reserve) taking on the best in the world. The women’s race over 127 a hilly kilometres should favour the super impressive 4 women Netherlands team including Marianne Vos, Annamiek van Vleuten and Anna van der Breggen, on paper they  should be the ones to beat. The 2 women GB team will include Lizzie Deignan, aiming to improve on 2nd place in 2012 and 5th place in Rio. 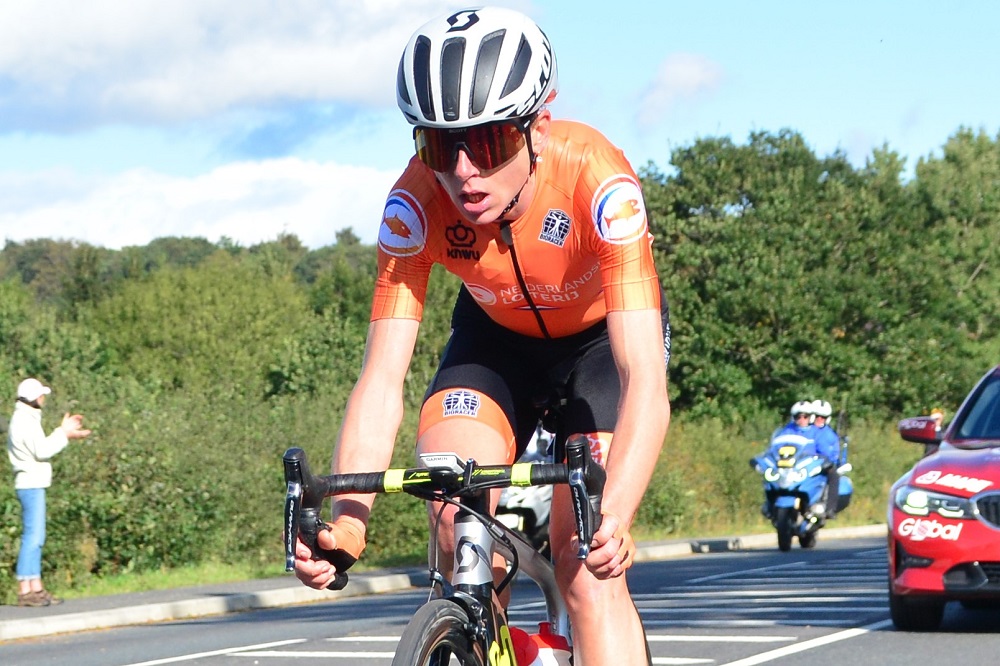 The women’s time trial course is 22 Kilometers and has around 400 metres of climbing. The top placings look set to be a battle between; USA’s Chloe Dygert, Netherland’s Annamiek van Vleuten and Anna van der Breggen, Italy’s Elisa Longo Borghini. 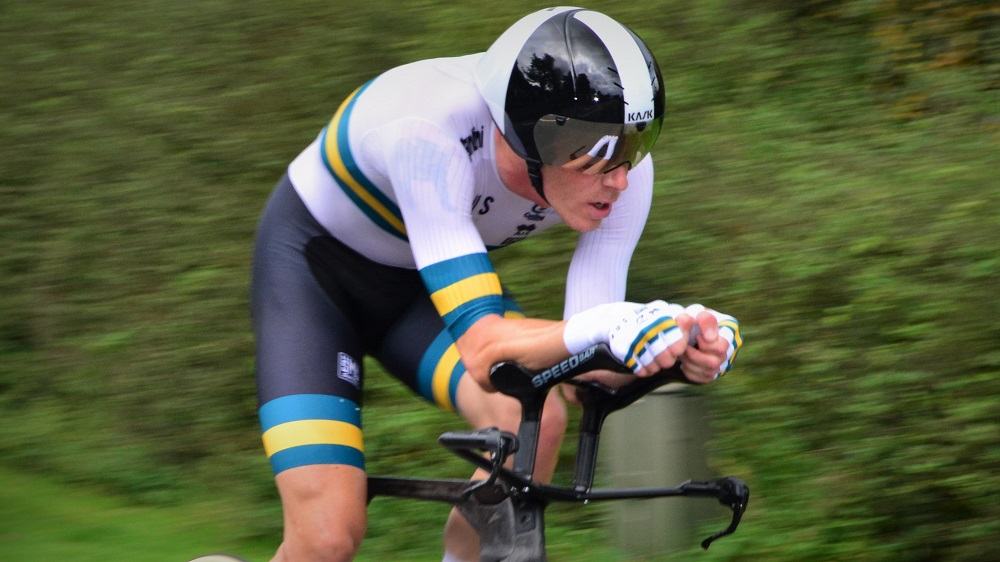 Mens MTB race is due to take place on the 26th July and the Womens race on the 27th July.

The men’s and women’s Cross Country race will feature multiple laps of a 4km circuit (180m climbing per lap). The circuit includes rock gardens / rocks / drops / and even more big rocks. Depending on the weather the rocks could be extremely tricky when wet and muddy. The big GB hope is the extremely talented 22 year old, Tom Pidcock. However, Tom will no doubt be challenged by the Netherland’s rider, Mathieu van der Poel. In addition to Pidcock and van der Poel, Nino Schurter and Mathias Fluckiger from Switzerland and Jordan Sarrou from France, are also likely to be challengers.

The women’s race features a top line-up which should provide a great race, challengers should include; Sweden’s Jenny Rissveds, France’s Loana Lecomte and Pauline Ferrand-Prevot, Switzerland’s  Yolanda Neff, USA’s Kate Courtney. Lone GB rider, Evie Richards will no doubt be battling to be near the front.

The BMX Race events will see riders launch themselves down 35 degree start hill on the 400m circuit at speeds up to 60kph! One of the most exciting sports to watch, the BMX racing should see USA rider Connor Fields on the podium for the Men’s event. Columbia’s Mariana Pajon should be the one to beat in the women’s event. The BMX Freestyle events will feature exciting tricks, originality and creativity. Always great to watch, the competition will be judged over two 60 second runs, packed with Backflips, Tailwhips and a whole host of other skillful antics with cool names. 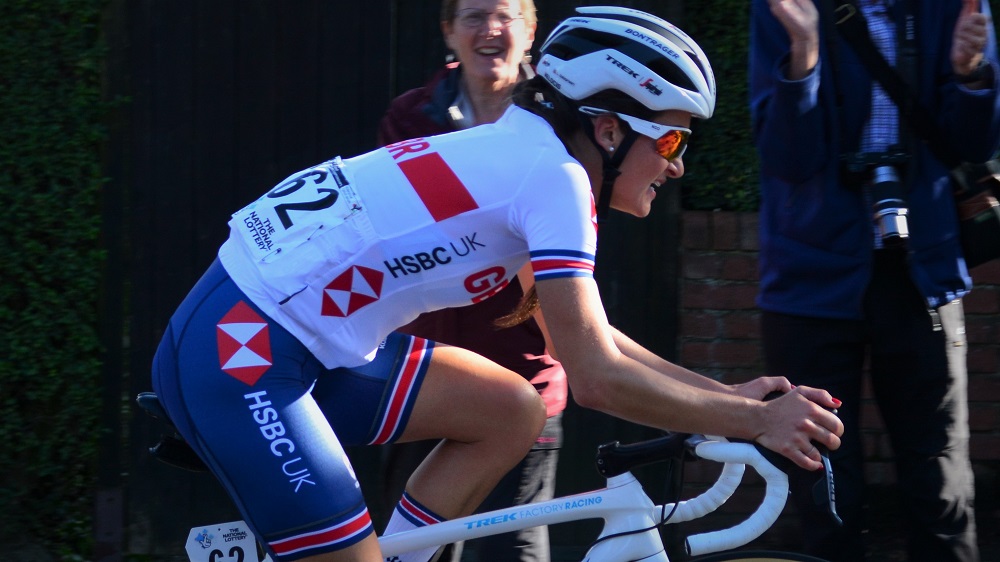