Short ones, long ones, hard ones, very hard ones, nice ones. Take your pick from this handily concise list.

The rise in popularity of cycling in the UK has seen a surge in the number of sportives taking place all over the country.

There’s now practically a sportive in every region every weekend throughout the season and the number is growing year on year. This gives us an overwhelming choice so we thought we’d draw up a list of our favourite events – big and small – in the UK and Ireland for you to consider.

The biggest sportive on the UK calendar with 25,000 people taking part.

The 100 mile loop starts in the Olympic Park and takes in most of the iconic London landmarks before heading out into the Surrey Hills, including the climb of Box Hill used in the 2012 Olympics, and returning to finish on The Mall in front of Buckingham Palace.

All roads are closed for the event giving a unique opportunity to take in the sights of the capital and countryside in a traffic free environment. The Surrey Hills provide the challenge but there’s nothing too major so it can be a fast course if you want.

Entry is by ballot as 100,000 register each year but there are lots of charity places available if you are unsuccessful with direct entry. There is also the men’s elite UCI race held on the course immediately following the sportive although they do a few more laps in the Surrey Hills so don’t be comparing your times with theirs!

The Wessex countryside is also some of the toughest in the UK as it rolls constantly so any one of the days is difficult enough never mind all three.

Thankfully there is a choice of distances each day making this a good training event as well as you can do more or less depending how you feel.

Camping is always popular and all event food and logistics is locally sourced which brings the community on board with the event.

Regarded as the hardest one day sportive in the UK and anyone who has taken part will agree. It’s a 112 mile route over all the famous Lake District passes in a single day. That’s right, all of them! 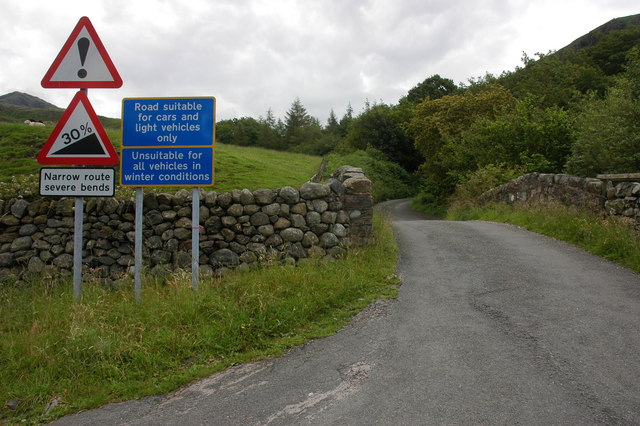 Starting at Grasmere it takes in Kirkstone, Honister, Newlands, Whinlatter, Hardknott and Wrynose passes – in that order. That means you hit one of the steepest open roads in the UK at 98 miles in; the 30% grind of Hardknott and then going on to Wynrose before the finish.

Despite the difficult course it is one of the most popular events and definitely one on the ‘to do‘list. Better be quick though as it sells out instantly although charity places are available as well.

The UK’s first authentic closed road gran fondo (essentially a sportive but with a stated competitive element to it). 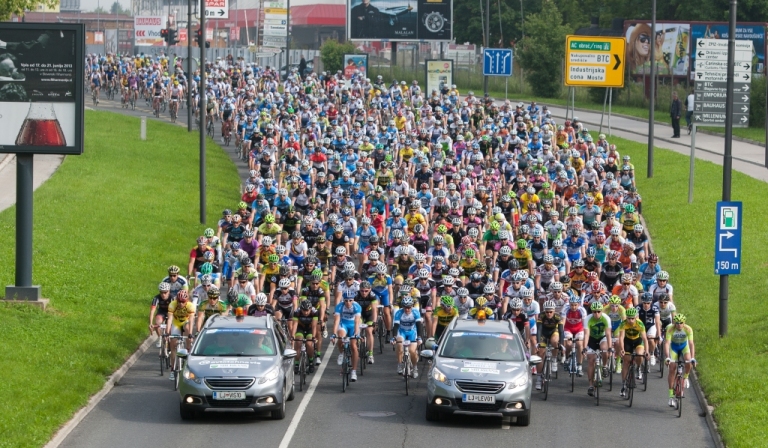 Think of the London Marathon. That’s the way this will be. With those at the front racing for the win, prize money, and everyone else either timing themselves or simply enjoying riding on the closed roads.

There’s only one route of 132km starting from Peterborough and taking in the quiet lanes of the Cambridgeshire countryside. The terrain is similar to Belgium with mostly flat roads and a few surprisingly short and steep bergs thrown in to test the legs. If it’s windy it won’t be easy.

There’s also a 28km closed road time trial taking place the day before if you want to really go for it.

Another new event for the UK but well established on the continent. There will be a two distance sportive of 50km or 120km on closed roads in the morning followed by a UCI men’s race in the afternoon.

Some of the biggest names in the sport are expected to take part in the race giving sportive riders something to stay around for. The event is based in Cardiff and the routes go out into the stunning Welsh countryside so expect hills.

Over 10,000 have entered the sportive already so it’s going to be a big one.

If you like vintage bikes and everything that goes with them then you’ll love L’Eroica Britannia. 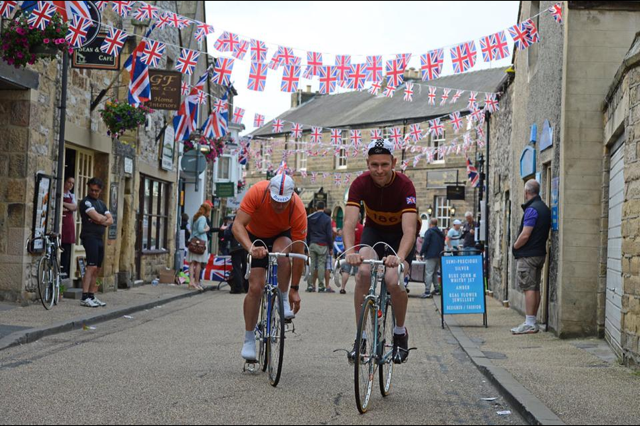 The event is based on the same ethos as the legendary Italian L’Eroica. It’s part of the same series, so participants must abide by strict rules. Namely; bikes must be pre 1987, no clipless pedals, brake cables must be exposed and gear shifters on the down tube only.

Everyone takes to the spirit of the event with correct bike and clothing and the attention to detail with some is incredible. The course takes in some gravel paths and quiet country lanes and the feed stops are very well stocked, there’s even beer on the last one.

The whole weekend has a real festival feel to it with traders and beer tents and is something even non-bike partners can appreciate.

Dates for 2015 have been announced but not the venue yet; the 2014 event took place in Bakewell, Derbyshire and was excellent so we hope they return there again in 2015.

If you’ve ever fancied riding on the roads that shaped Irish cycling legend Sean Kelly – or meet the man himself – then the Tour of Waterford is for you.

There are several distances available; 50km, 100km and 160km through the beautiful Waterford countryside with the man himself riding the routes.

Even if you don’t get to meet him, there are about 5,000 people taking part, the event has a great atmosphere as the locals get right behind the event. The routes are rolling so you’ll get a good workout but we suspect most people want to see Sean and have a weekend away to sample the craic.

This event starts in the UK but actually takes place on the northern French area of the Pas de Calais.

Riders assemble in Dover and ride on to the ferry to France where they register and have a continental breakfast making a relaxing start to the day.

Once in France it’s off along the coast with views back over the Channel before swinging inland to a course which takes you through quiet country lanes and typical French villages.

It’s quite rolling so you get a good workout but the last section is mostly downhill then flat so it’s a fast finish before getting back on the next available ferry. The price is pretty reasonable too making it a different and excellent day out.

If you want to take in a World Heritage site as well as one of the most stunning coast roads in the world on your ride then the Giant’s Causeway Coast sportive in Northern Ireland should be high on your list. 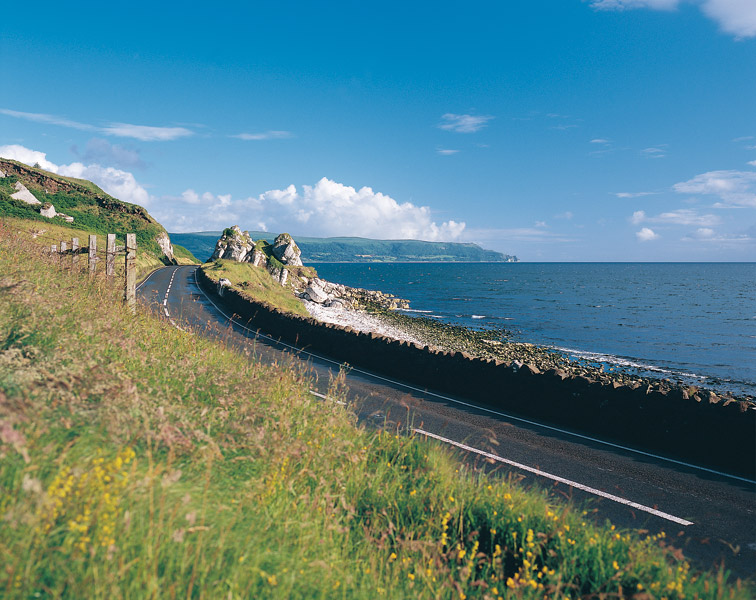 Not only does the route pass the world famous Giant’s Causeway but also the equally impressive Carrick-a-Rede rope ridge and the Dark Hedges.

The real gem though is the North Antrim coast road which is stunning as well as wild if the weather turns sour. The steep climb of Torr Head is also on the long route but is thankfully optional as it’s at the end of a long, tough day.

This whole area has been made famous to a younger generation thanks to the hit TV series Game of Thrones. Three routes of 57km, 127km and 182km are available and you can switch on the day if needs be.

Tour of the Cornfields

The Tour of the Cornfields is a 100km cyclocross sportive using a mix of surfaces from tarmac roads, to gravel lanes and ploughed fields. It is one of the smallest events on the calendar but also one of the best.

It is one big 100km loop, no shorter options on this one, which goes in a clockwise or anti clockwise direction every other year keeping it fresh as you can never remember what way the course goes. You can use a cyclocross bike or mountain bike and we’ve also seen road bikes with fat tyres used although the riders are pretty battered along the bikes by the end!

It’s very low key but very enjoyable and there’s a great atmosphere about it. It’s also very tough as the flat nature of the course makes you think you can keep a high speed all day no matter the terrain, but you can’t, even the good riders struggle on this one.

It has been missing for a few years but organisers have assured us it will be back in 2015 so keep an eye out as it will be announced in the cycling press.