Yep, you’re right. This is a fairly blatant attempt at jumping on the Independence Day hoopla. Nonetheless it feels like a good time to celebrate what Scotland has to offer the cyclist.

If we were to compare the relative altitude and wildness of Scotland compared to other parts of the United Kingdom – Scotland would come out on top. By quite a margin.

It’s a hilly – nay, mountainous – place with plenty of space away from the hordes. Perfect for cycling then hey?

The Daddy. It may only be the third highest road in Scotland but it has the biggest ascent total of any road climb in the whole of the UK. It starts pretty much at sea level and rises to 2,054 feet (626 metres).

It’s like a Scottish version of those iconic hairpin roads you sees pics of. Except it’s single-track width and there’s more sheep. And with sections of around 20% gradient it’s actually steeper than a lot of the Euro roads too.

The name is Scottish Gaelic for ‘pass of the cattle’. It was historically used as a drovers’ road. 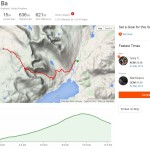 A big old pass right in the Cairngorms. Infamous in the past for being pretty much permanently blocked with snow from October through to near enough June every year. It’s not blocked as much these days but it’s worth checking it status before you climb into the saddle.

Immediately from the commencement of the climb – Corgarff Castle – you’re thrown into a 20% gradient. Oof. The road surface isn’t great (all that snow y’see). There’s a set of gates that you have have to pass through that are used to close the road when the snow is around.

It calms down for a bit, even descending briefly at one point, but then the real monster rears up in front of you. It looks impossibly steep. It’s not actually as bad as it looks – but it is bad!

At just over 3 km it’s not a lengthy climb but it packs in nearly 250 metres of climbing and the weather can be the main challenge sometimes. 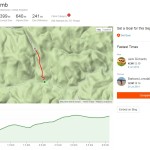 Situtated in the Lowther Hills of Dumfries and Galloway, the Mennock Pass goes past Scotland’s highest village – Wanlockhead. (Apparently Flash in Staffordshire is the official highest village in the UK but its lofty claim is in dispute with Nenthead as well as with Wanlockhead)

This climb doesn’t feature too many steep bits but at nearly 10 kilometres in length it is one of the longest climbs in the UK. The total amount of ascent is about 320 metres. 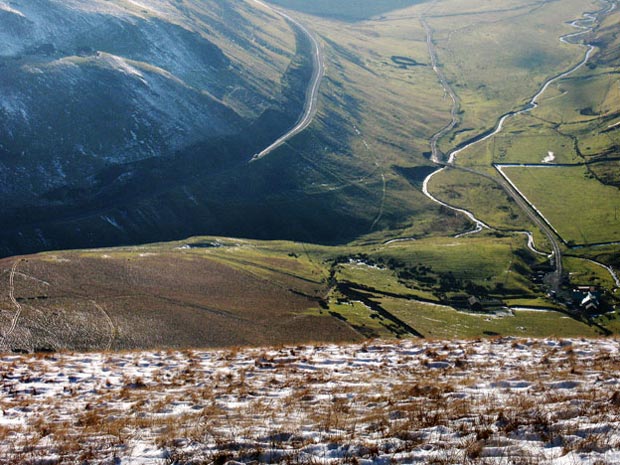 “Dalveen Pass from Cold Moss” by Scothill – Own work. Licensed under Creative Commons.

It’s one of the most awe-inspiring sceneries to point your bike at. The valley side that the road clings to is rather imposing and the vast expansive view of the one side up ahead makes you feel rather small. 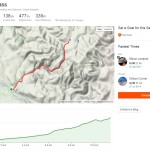 Rest And Be Thankful

Not only has this road got a great, enigmatic name but it also passes through the intriguingly named Hell’s Glen. Rest And Be Thankful refers to the words inscribed on a stone near the junction of the A38 and the B828, inscribed by soldiers who built the original military road back in 1753. The original stone is no longer there but it has been replaced by a commemorative stone now. 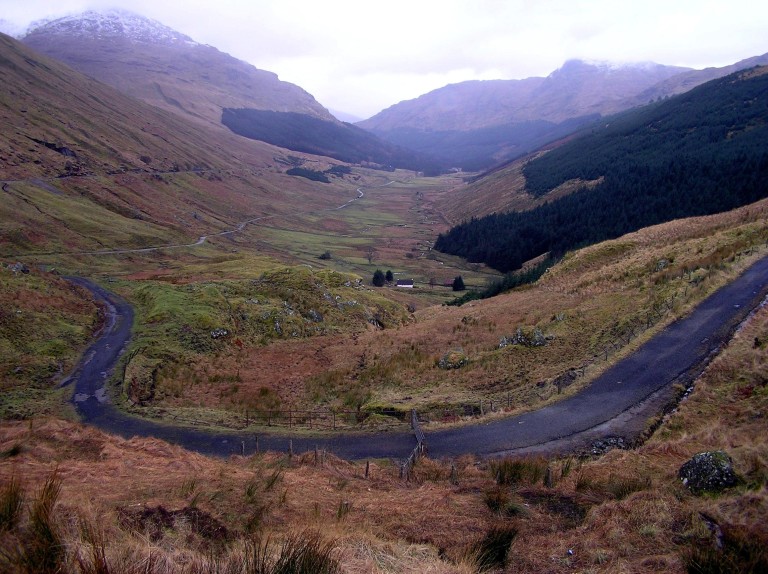 “A83, Glen Croe, Rest & Be Thankful RLH” by Richard Harvey – Own work. Licensed under Creative Commons.

Why did the soldiers scribe such a legend?

The climb is (or feels) long and it gets pretty flipping steep at the end. By the time you reach the stone, you’ll be resting. And thankful.

The climb is four and a half kilometres long with a total ascent of 253 metres. 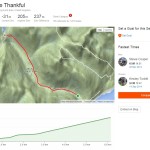 Another Cairngorm classic. Named after the adjacent mountain – The Cairnwell – this road may be more familiar to some people as the road that goes pass the Glenshee Ski Resort.

With a highest part at 2199 feet (670 metres) it’s the highest main road in Britain. Yes it’s a wide A road (the A93) but it feels pretty far removed from your usual main road to say the least. 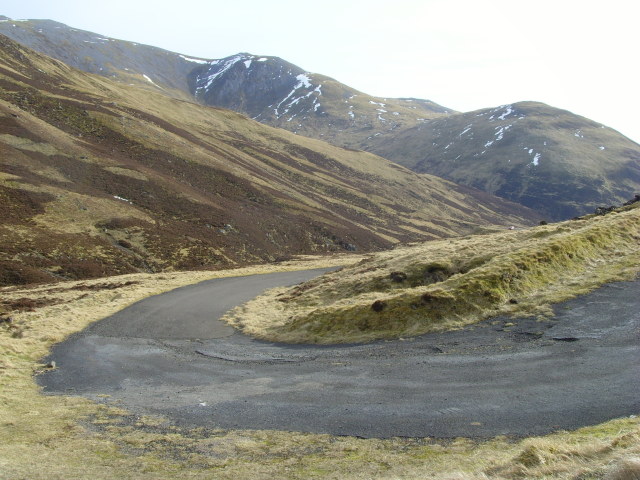 “Devilselbow2009” by Paul Chapman – From geograph.org.uk. Licensed under Creative Commons.

The climb proper starts at the delightfully named Spittal Of Glenshee and gradually rises through rather pleasant terrain. Then the road bears right and steepens up significantly. Lots of 12% sections really kill your legs as your reach the summit at the Ski Resort. 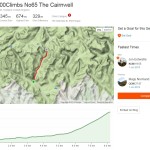