Dahon proved that folding bikes didn’t have to be heavy, awkward and boring lumps of ugly. Dahon folders are nippy, cute and insanely fun to ride.

A lot of people think folding bikes are uncool and boring. We think the opposite. In fact we know that’s not the case. They can make some people’s commutes loads more fun as well as loads more practical and viable. 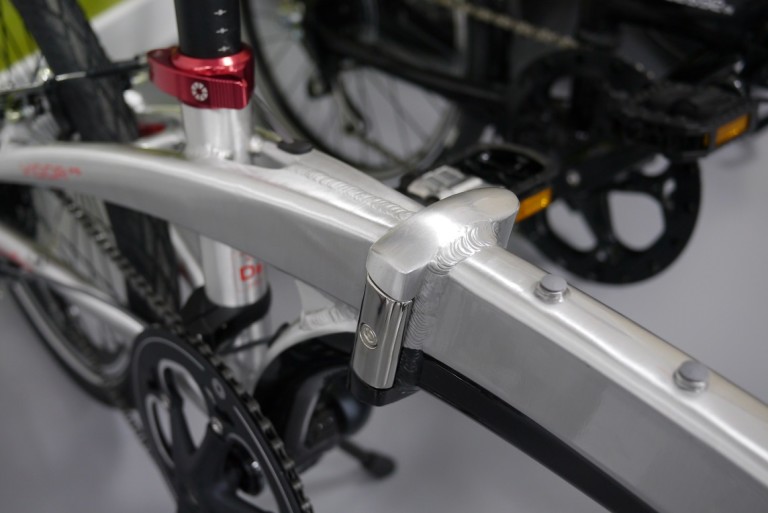 There wasn’t much competition in the folding bike world for an awful long time. There wasn’t much in the way of neat-looking modern machines either. Folding bikes seemed to be either really clunky or really, puzzlingly expensive.

Dahon aren’t an old company but they may be older than you think they are. Dahon was founded in 1982 by Dr David T Hon (yep, the Dahon name comes from a merging of his first and last name). The story of Dahon is the story of Dr Hon. 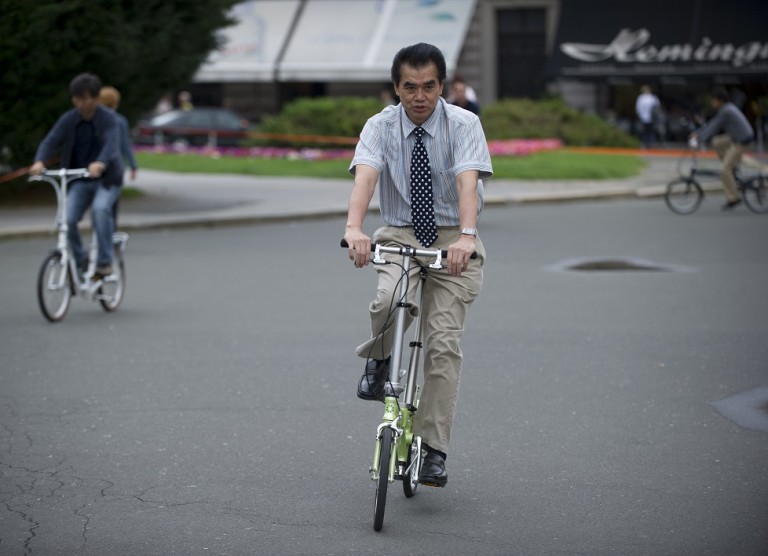 Dr Hon was born in 1941 into a poor Honk Kong family. From the age of 13 he worked in the family’s clothing workshop as an illustrator. He did really well at school and, after his family moved to America, he went to Berkeley university where he graduated with a degree in physics.

To put it extremely basically, Dr Hon knew a lot about lasers but became frustrated when he could see that clean laser-based nuclear power wasn’t going to happen in his lifetime so he decided to design some folding bikes.

Designing folding bikes had been something he’d been hobbying with for a few years before this so the decision wasn’t as random as it may seem. Dr Hon’s first folding bike came about after seven years of tinkering around in his garage.

Initially Dr Hon tried to get an established bike company interested in making his design. But no one was interested. So he raised a couple of million dollars from various investors and started his own company. DIY eh?

Although the company was relatively quick to success in the Far East and in America, they took a while to get a foothold into the UK market. After significant media exposure and some well-chosen event sponsorships, Dahon finally made themselves known over here.

In 2006 Dahon claimed to have a two-thirds market share of the folding bike market. Dr Hon has more the two hundred patents on file related to folding bikes. His designs have been widely imitated by others – some legitimately so, some have been outright dodgy rip-offs.

The majority of Dahon folding bikes use a patented single hinge folding system where the handlebars swing down on a hinge and the bikes folds inwards halfway down the frame allowing it to trap the handle bars inside.

This allows for easy transport and storage as well as holding all parts of the bike firmly together. We tried folding a Dahon bike in our showroom not too long ago. It’s not rocket science.

Some models such as the Jifo use new vertical folding technology making them quicker to put away. Perfect for your daily commute if you use busy public transport. 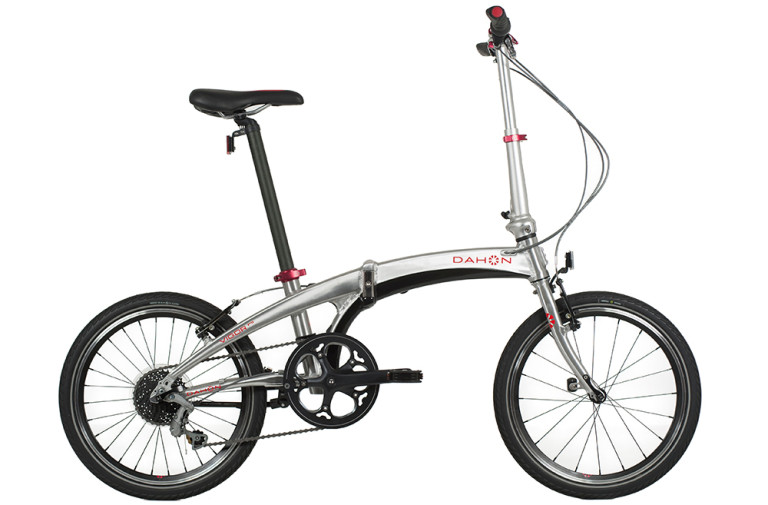 The Dahon Vigor P9 is a cool looking folding bike at an affordable price. Apart from the gears it has an almost BMX-y style to it.

It also has the patented single hinge folding system making it easy to fold, store away and is perfect for the commute to work. 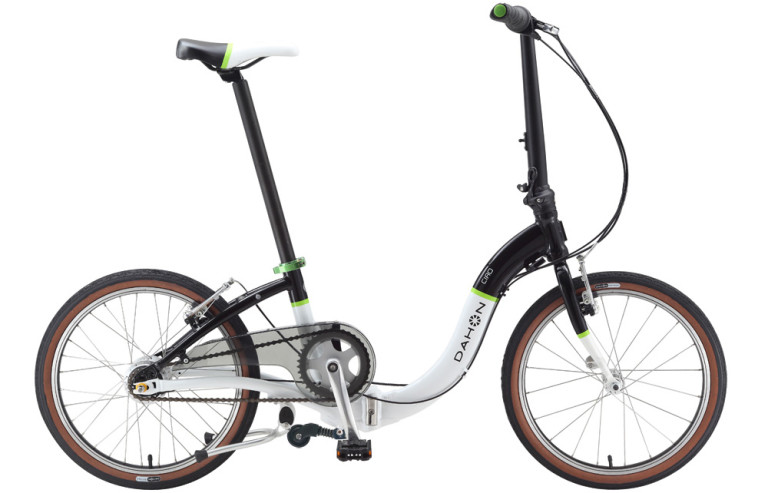 The award winning Ciao D7 fitted with top spec components and a 7 speed Shimano hub. Top that with an attractive price tag and you’ve got a winner! 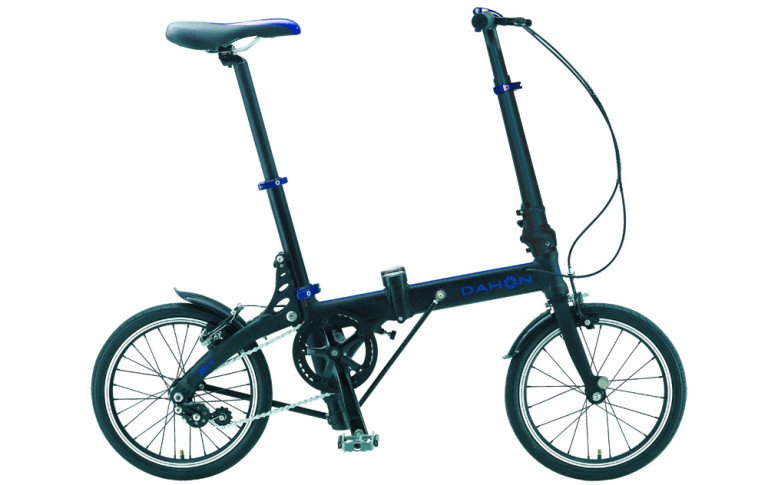 Built to fold in just 7 seconds (practice makes perfect), the Dahon Jifo (this is an old post and the linked content no longer exists) is the more compact model in the Dahon range. Easy to store on public transport, the Jifo is perfect for commuting.

We’re not the only ones to have a positive view of folding bikes. Check out the YouTube compilation we made of people using folding bikes in unusual ways.