Many of you may remember our old cartoony adverts done by Merlin Cycles’ employee Dale. A former full time artist Dale now uses his skills to keep the staff entertained. 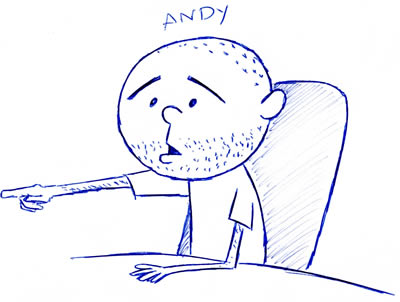 If Merlin Cycles was the Death Star, Andy would be its Darth Vader.

As the general manager Andy is always busy. Andy enjoys doing MTB, road racing, BMX and motocross and has seriously injured himself doing every one of them. 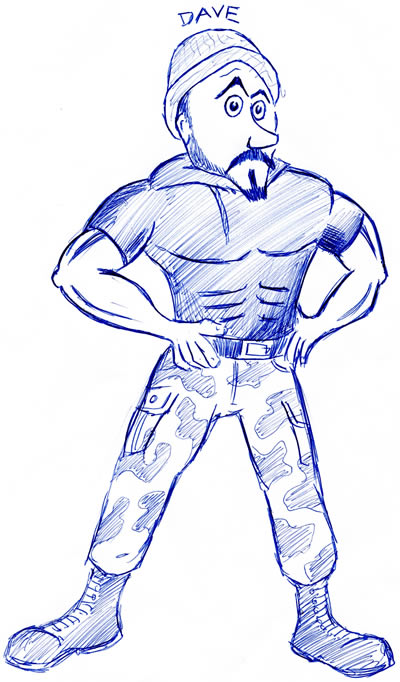 Dave is a compulsive bike tinkerer, sometimes he forgets they are actually for riding. Along with Wojciech (below) Dave likes to smash the gym and is obsessed with Protein in all shapes and form.

As the youngest member of the Merlin team Dan likes to compensate for this by breaking himself on his bike at every opportunity. Dan also feels the need to have his underpants hanging out of the back of his jeans at all times even during his numerous trips to A&E. Has been been mistaken for Andy the Manager’s son on several occasions which is more a reflection of Andy’s old age than Dan’s youthfulness. 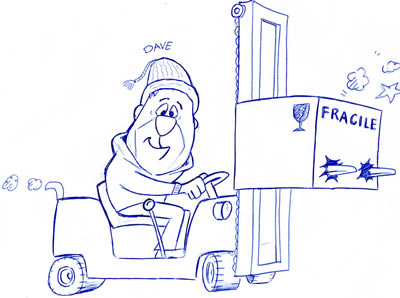 Always happy Maciek is renowned with having the best lunches which he brings in homemade every day. 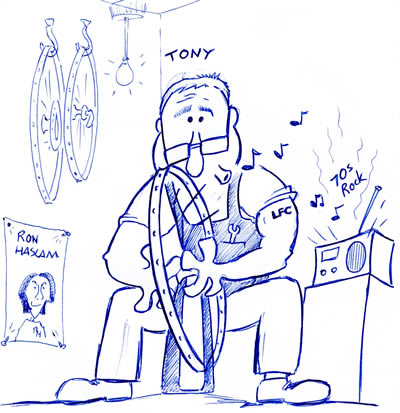 Tony is our master wheel builder and general fettler. As our oldest member of staff Tony brings wisdom, experience and sage like advice to the team. Attention to detail is his speciality. 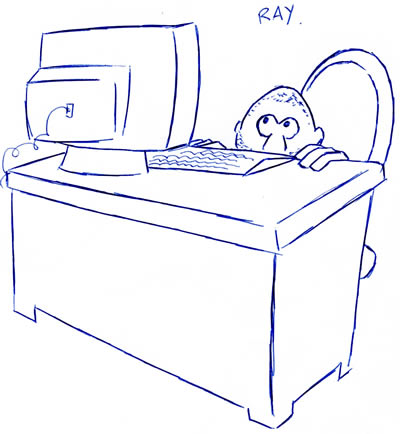 Ray is our longest serving member of staff and looks after stock control. Ray loves Formula One and his Friday night big shop.

Progressive Music fan and honorary Liverpudlian Phil recently completed his first marathon in an impressive 3 hrs 55 mins. Phil is also a keen mountain biker but has so far avoided riding with any other member of staff in the two years he has worked here. Perhaps he has something to hide. 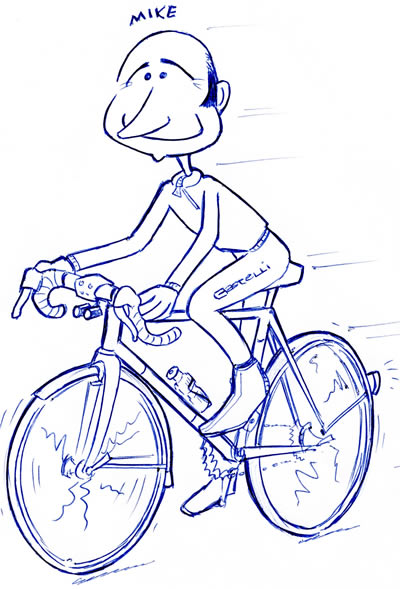 Returns manager Mike “The Bike” Foster recently had go for counselling when the pie van put its prices up. He is from Wigan though.

Master mechanic and front-of-house Lee knows everything there is to know about fixing bikes. Lee is also a keen musician and loves all things Scouse.

JP plays guitar in a band. Is stuck in the past bike-wise with a rigid hardtail, 140mm stem and flat bars and has only just come to terms with the fact that disc brakes are here to stay. He also has upside down legs in that his calves are bigger than his thighs earning him the nickname “balloon calves”. 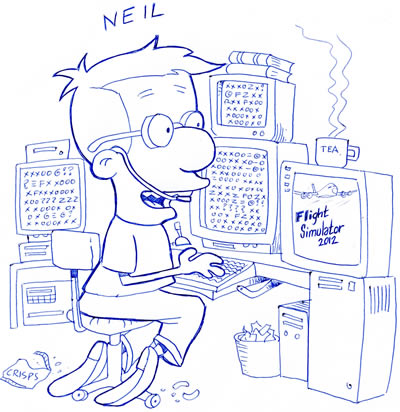 After resigning as an MP after the “cash for questions” scandal Neil retrained as an I.T Guru and now spends all of his working day breaking and then fixing the Merlin website. Neil can actually converse in machine code and is also a very accomplished musician and can play every instrument ever invented including the harpsichord and zither.

Christian looks after the social media side of things. This is ironic, as he is the least sociable member of staff here at Merlin. He knows everything to know about the artist Prince and even possesses one of his plectrums. 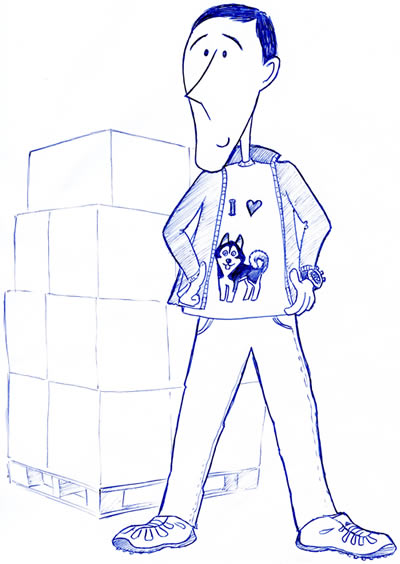 John “The Boss” Moss. Born in the wrong century, should have been a mill owner, hates Mondays. That’s the staff’s general view point anyway! 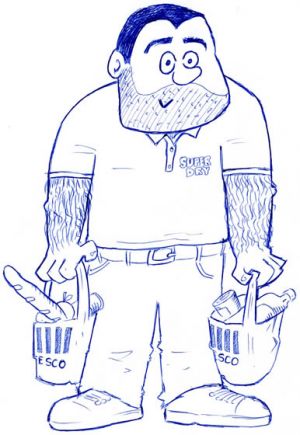 Dan C is possibly the daftest member of the Merlin team, in that he has dual British and Australian nationality but chooses to live in Chorlton, Manchester. Despite being a“bigger boned” man, Dan is super strong on his bike and revels in endurance events like the Fred Whitton challenge.