Ugo De Rosa launched De Rosa bikes almost seventy years ago. 1952-1953 offered fertile soil for bike brands in Italy, with De Rosa launching along with Colnago and Pinarello in their own race for market dominance. De Rosa developed rapidly into one of the most well respected bike brands in the world. A family-owned and operated business with a passion for artisanal production methods and a love for beauty and design.  De Rosa continue to build every bike by hand – aluminium, steel, titanium and carbon fibre. 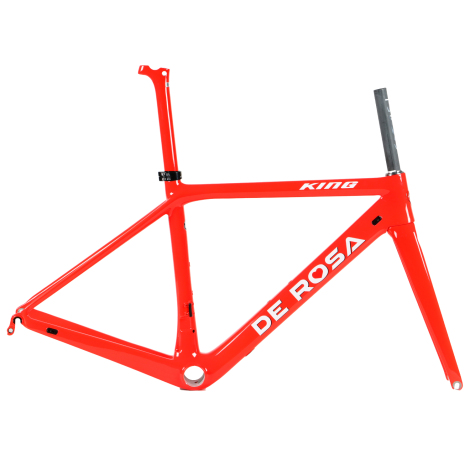 As a youngster Ugo De Rosa developed a love for bicycle racing. He advanced through several ranks at the amateur levels. In technical school he completed studies in mechanics and engineering and became interested in the bicycle itself.

Ugo De Rosa’s first job was in the workshop of his Uncle where he built and repaired bikes. Ugo opened his first shop and commenced the manufacture of racing bikes in 1953. With his experience and passion for racing, he understood what it took to build a racing bicycle. He soon generated a reputation which began to spread among the amateur riders across Milan. 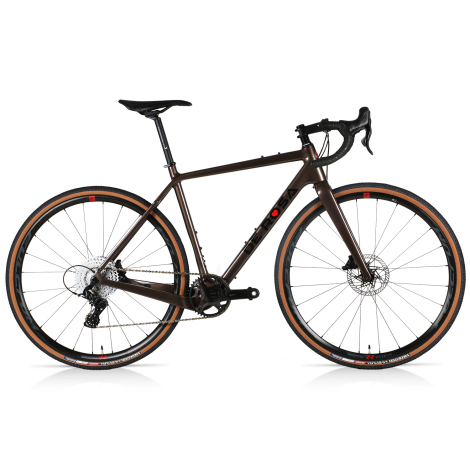 De Rosa in the Peloton

In 1958 he was asked by the famous cyclist Raphael Geminiani to build him a bike for the upcoming Giro d’Italia. Following on from this initial interest, De Rosa bikes became a fixture in the professional peloton of the 1960s.

In 1969, Ugo De Rosa was approached by Gianni Motta, to become his frame builder and mechanic. De Rosa accepted and became the bicycle supplier to Motta and his team. In 1973 De Rosa became the official frame builder and mechanic for Eddy Merckx and the Molteni team. Merckx and his teammates won nearly all the major European races on De Rosa during this time, including the Tour de France, the Giro d’Italia, Milan – San Remo and the World Championship. The partnership with Molteni remained until Merckx’s retirement in 1978. 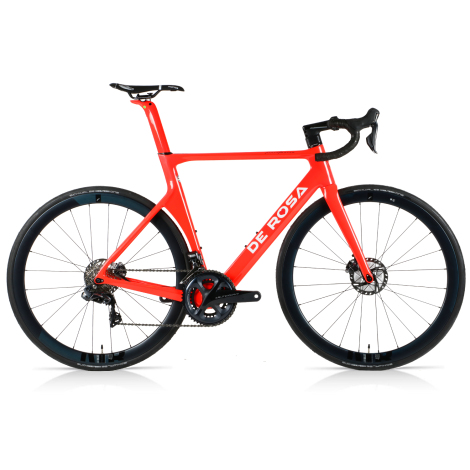 Ugo’s three sons, Danilo, Doriano and Cristiano inherited their father’s passion for the bicycle and became a part of the family business in the late 70s. Danilo and Doraino followed their father’s craftsman footsteps closely. Danilo became responsible for the drawing up and design of all aluminium and carbon bikes, down to the last detail. Doriano’s speciality was titanium. Cristiano took over the commercial side of the business and is now the CEO and public face of De Rosa. Nicholas De Rosa, the oldest son in the third generation of bicycle builders, carries on the De Rosa legacy and tradition. He is recognised as one of the youngest frame builders in the world.

De Rosa has an enormous company heritage to safeguard. Every frame model is planned thoroughly right down to the finest detail, studying the reactions with special laboratory tests, some of which are performed directly in the factory, others in university facilities. Static and dynamic tests which are followed by countless tests directly on the road, carried out both by experienced professional racers and by amateurs, people with very powerful legs – testers who are able to put a racing bike through its paces like few others can. Production starts only when the results exceed the parameters of resistance, safety and duration. 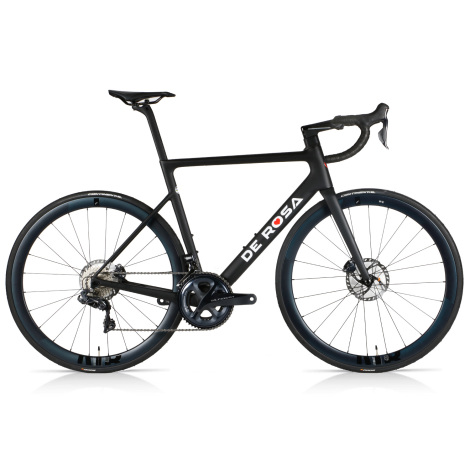 Check out our range of De Rosa bikes here.

Check out our range of De Rosa Framesets here