Tacx are the Daddies of turbos and rollers. A family run firm that design and make everything from their HQ in the Netherlands. This means they can stay in control and ahead of the curve. Here’s their story.

The Tacx family opened up a bicycle shop in 1957. The boss was father Koos Tacx who, now nearly 80, still turns up at 7am to work every day. His sons and grandson later joined the employee list too.

During those early years they did a lot of in-house tinkering and small-scale machining (of moped stuff as well as bike stuff). In 1972 they made their first official production rolling cylinder trainer.

Tacx helped kickstart the whole cycling trainer phenomenon in the early ’70s in fact. Their simple but reliable systems quickly gained a lot of fans. 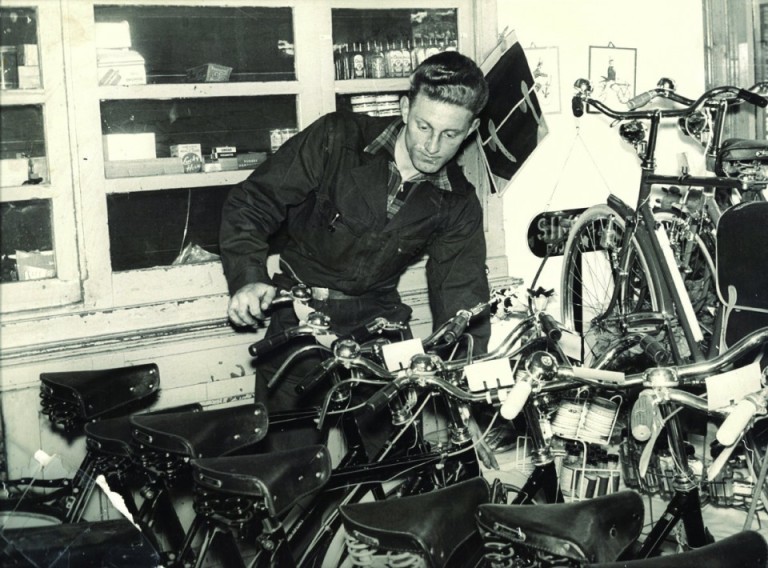 Made in the Netherlands

‘Made in the Netherlands’ is Tacx’s core value. Despite the general migration of cycling manufacturing to the Far East, Tacx maintain that there’s an advantage in keeping things in-house.

Namely rapid idea-into-product turnaround. It takes Tacx around one year to develop a new product whereas it would take around two years if using far east manufacturers. 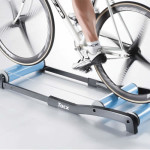 Tacx invest heavily in new technology and they always have done. From their first gang of production-line robots in 1979 through to the latest 3D-printing machines 2014, they ain’t afraid of splashing the cash.

Speaking of large sums of money, manufacturing is an expensive business. A single mould can cost around £70,000. A complex turbo trainer can require up to fifty(!) different moulds. Ouch.

Tacx have pioneered the use of digital technology (1995’s Basic and Excel trainers) and online connectivity. This has paved the way for the new phenomenon of ‘virtual racing’ on computer-generated versions of real-life race courses against other similarly online gamer-cyclists.

By competing online it’s possible to inject a bit of fun and edge to indoor training. The modern graphics and react-to-the-bike sensors offer an addictive experience.

The Tacx HQ moved in 1989 to its current location of Wassenaar, not that far from Amsterdam. This huge building is full of massive machines.

An example of such a massive machine is the machine that makes the rollers for the Galaxia trainer – it generates up to 1,450 tons of pressure.

Such a pressure is required to get the thin, large plastic tubing to be made to Tacx’s exacting tolerances. Tacx also give these rollers a long time in the machine to cool-off so as to avoid any distortion or imperfection. 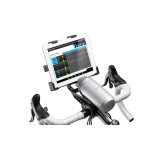 Some manufacturers would be happy with ‘near enough’. Not Tacx.

Today Tacx manufacture around 100,000 cycling trainers a year. Their machines run twenty four hours a day, seven days a week. Every hour is overseen by a Tacx family member.

From simple roller trainers through to cutting edge Virtual Reality internet-racing turbo trainers, Tacx make a trainer for pretty much every cyclist.