Whether you want to explore an area or just have a look at where you just rode, a good GPS device is a very handy thing to have. They can look complex but the essentials are simple.

Why not just your phone? Well, a few reasons. The two main issues being battery life and signal accuracy. Neither are very good when using phone GPS. Dedicated GPS computers come with a specific handlebar mounting too so you can see what’s what while you’re doing it. They’re also weatherproof. 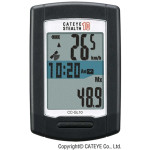 GPS recorders don’t show any maps. GPS recorders are the bike computers of the 21st century. The bar-mounted unit still looks like a traditional bike computer but gone are the days of sticking a magnet to a wheel spoke and measuring your tyre’s circumference and all that.

GPS recorders use the GPS signal network to display – and record – your ride stats. The data from GPS can also include stats previously unavailable via old bike computers, such as elevation/climbing. Even the most techno-phobic cyclists can find themselves poring over their stats after a ride! 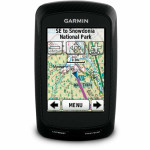 Navigational ones do all the above but also show sort of mapping. You can load routes into the device and follow the arrows. They’re like a car SatNav for your bike, sort of thing.

The mapping on Navigational devices varies from own-brand basic maps (just showing the road network – fine for road cyclists) through to full-on Ordnance Survey large scale mapping (with footpaths and all the detail you find on a paper OS map – good for mountain bikers).

Recorders are the more popular device among cyclists. A lot of this is due to the relative high cost of Navigational devices (£250+) compared to Recorders (£90+), but mostly Recorders are popular because they do everything that the majority of cyclists want. 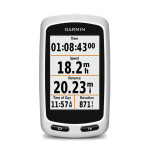 Don’t just go for the GPS with the most features. With more features often comes more confusion and cluttered display and menus. Just make sure the computer does everything you want it to.

Check out the battery life and make sure the power duration is going to be sufficient for your rides and routine.

If you want to be looking at your stats while you’re riding go for a unit with a large screen. If you’re more interested in only checking things occasionally, or at the end of a ride, go for a sleeker unit with a smaller screen.

Social integration. If you’re a keen Strava-ist or Facebooker then go for a device with built-in easy connectivity to those sites. Computers with Bluetooth function can be a real boon for this.

(Feel free to join the Merlin Cycles Strava Club and join the madness by the way.)

Which GPS should you buy?

Leisure riders are probably going to be served just fine via a Smartphone app. Strava being the most obvious choice. If you really want a GPS device then just get the entry level model from any reputable brand.

Regular riders who just want to log their rides should look at a GPS recorder with quick and secure mounting design, sufficient weather sealing, decent battery life and compatibility to any online website that you’re likely to use.

Racers should look for devices with built-in connectivity to training aids such as Heart Rate Monitors and cadence sensors. You should look to get a package that has all these things supplied at the start because it’ll be significantly cheaper.

If you’re a keen rider who does a fair amount of training then it’s worth looking for a device that comes with Heart Rate Monitor (HRM) and/or cadence sensors in the box. Getting it all at once in the box will be a lot cheaper than buying the separate bits.