On the day the US voted for their next President, fellow Merlin staffer, Rob and I had a different US vote. Which US made Intense bike did we like the best? Which bike got our ‘Hill-ary Cleats-on’ and which bike ‘Trumped it’ for us? 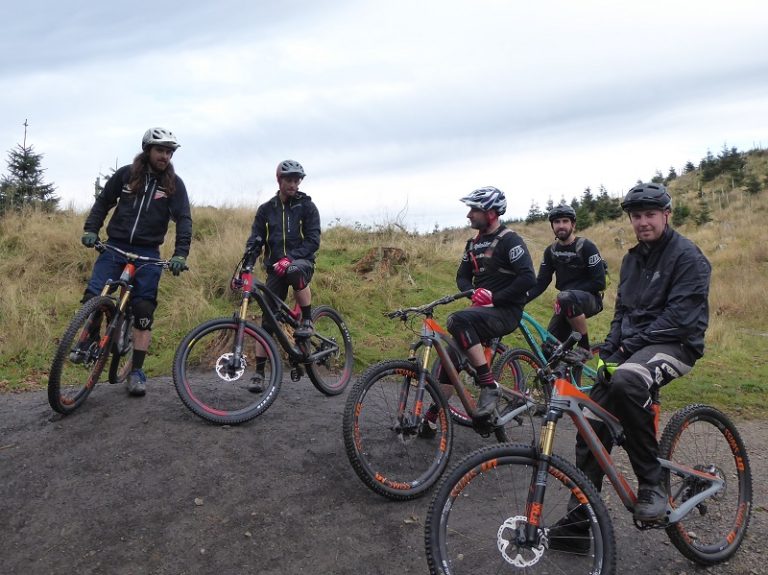 A perfectly still, but icey, one-degree-day at Gisburn Forest lay ahead. We were guests of Saddleback, the Intense brand importers and were keen to get to grips with some of their latest bikes. We headed out in the morning, Rob on the Primer 29er and I rode the Spider 275C. While we both enjoyed our respective rides, it took me a little while to get used a higher centre of gravity from my usual hardtail ride. After a short while I was hooked. I particularly loved the solid grip through the fast berms and the plush-ness of the suspension which had me floating over the rocky sections. Once I had got more used to the Spider, it was obvious that it just did everything really well. Amazing that something so tough and grippy was so lightweight too, I definitely appreciated that on the short steep climbs through the forest. 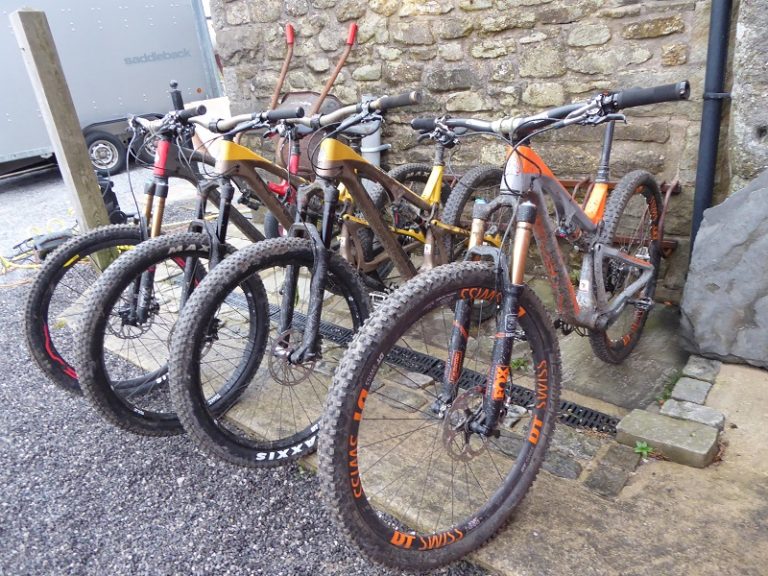 Lunchtime provided the opportunity to refuel and defrost. We headed back to base, passing trucks being loaded with the huge christmas tree’s for town centres around the UK. The welcoming open fire and sofas of the Dog and Partridge B&B / cafe / restaurant were absolutely perfect. Soon the sandwiches and supersized flapjack had done their job and we headed back out for the afternoon ride. We were slightly concerned looking at the steely grey skies. They looked like they had the potential to sprinkle some snow onto the christmas tree filled forest. 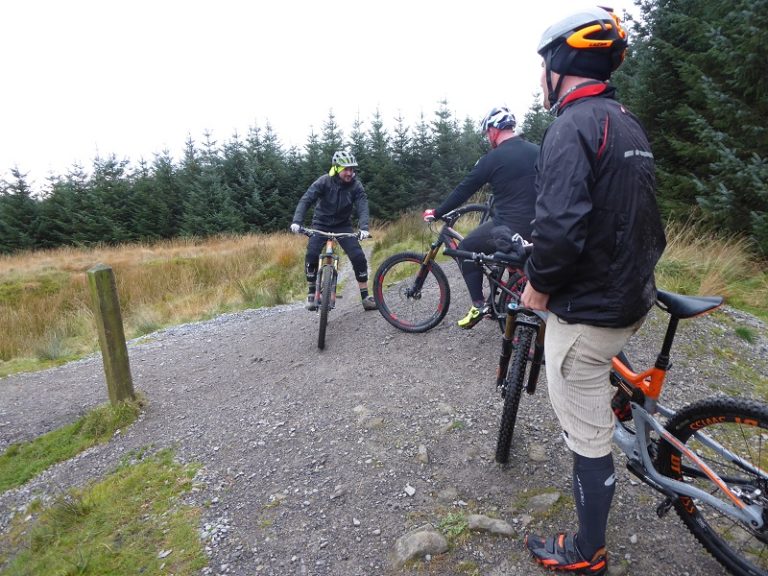 Rob took the ACV (Air Cushioned Vehicle) 27.5 + bike and I was on the Primer 29er. It’s fair to say the afternoon rides were both our candidates of choice. Rob couldn’t believe the grip and smoothness of the ACV particularly over the greasy rocks and roots where the 2.8 inch wide tyres on wider rims just would not let go. The fast, roller-coaster descent of Hully Gully this time felt smoother and faster on my 29er compared to the morning descent on the Spider. In all fairness they are both amazingly capable bikes. I think the 29er just suited me better – the bigger wheels providing me with several ‘get of jail cards’ as my limited skills pushed the envelope slightly too hard. I found myself getting away with some crazier and trickier stuff which made me grin – a lot. The Primer felt a lot more agile and chuck-able than I expected a full suspension 29er to feel. The sub 12 KG weight no doubt helped with this. 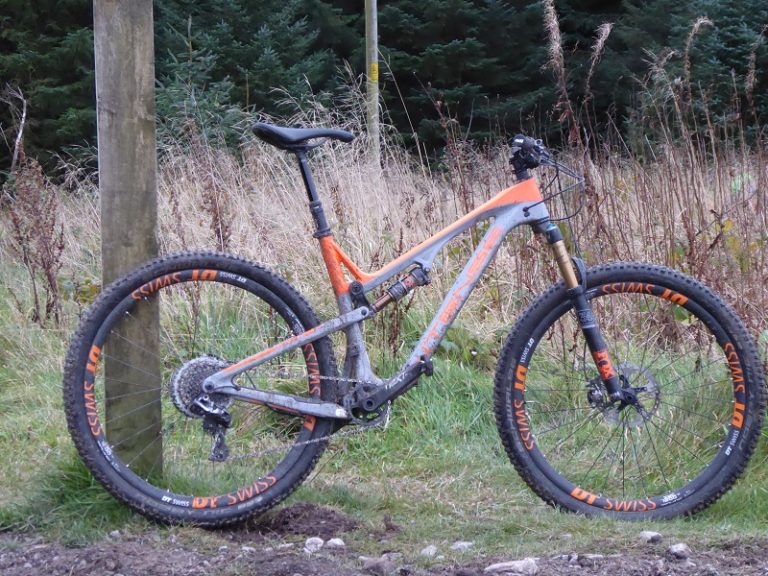 I really bonded with the Primer 29er in the one and a half hours afternoon ride. Rob too was loving the fatter tyred ACV. We both found our winners and could reflect on two decent sessions in the forest on some pretty amazing bikes. It was slightly uncanny and unnerving though that my Primer 29er featured (Donald Trump’s face) orange and Rob’s AVC featured (Donald Trump’s hair) yellow, it seemed that the MTB world super powers had spoken… 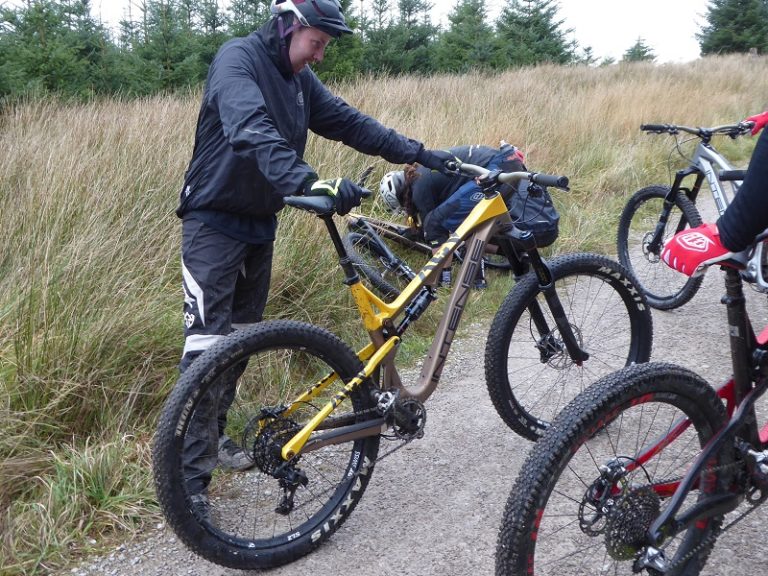 Huge thanks to Saddleback for a great day getting to know some brilliant bikes. See the Intense bikes range in Merlin’s lovely warm showroom in Chorley. 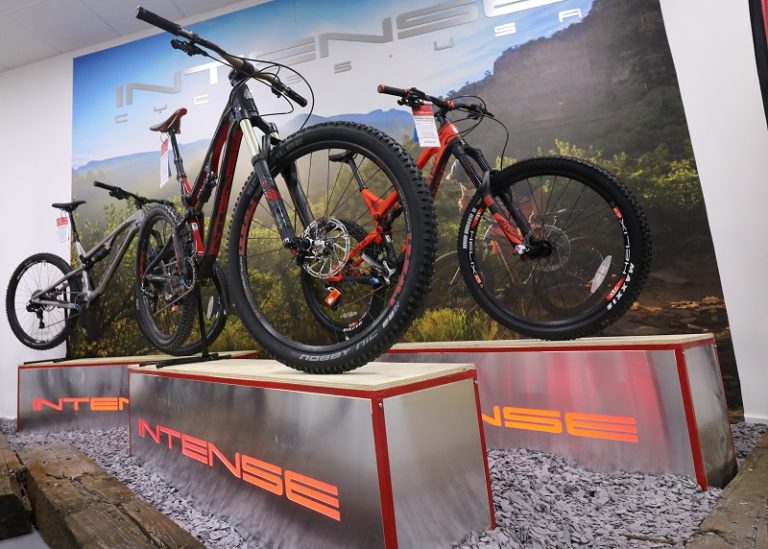 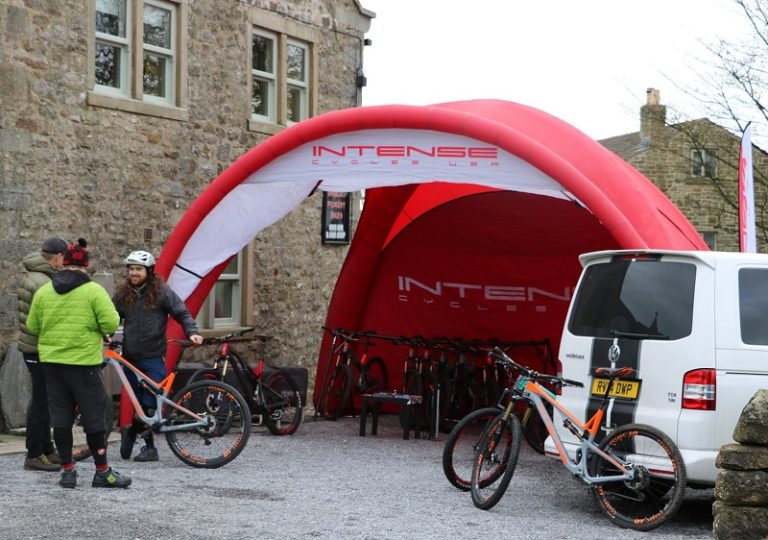