Based in Lancashire and not far from where Merlin Cycles is based, we heard a rumour of an open day at Secret Training, a company previously only known for its personal care products (balms, creams, sprays, wipes and so on). 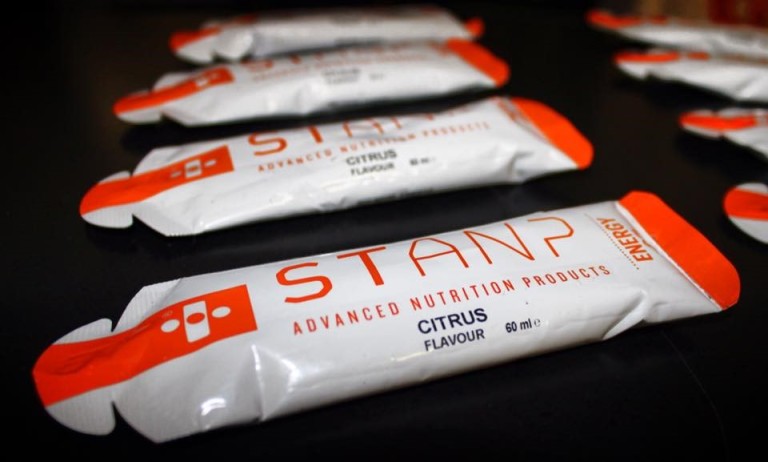 Personally since they launched their ‘race day’ kit I’ve been a massive fan of their products, so when we heard that they were branching out into the nutrition world this was a definite case of going to find out more.

To explain more about why we were so excited about going, the Secret Training Company is run by Tim Lawson who has over twenty years’ worth of experience in the sports nutrition industry. Tim pioneered Science in Sport before selling the company and moving on to pastures new and setting up the Secret Training range.

Our team are getting set up for tomorrow’s #SecretTraining Open Day. Who’s going to be first in line at the bar? pic.twitter.com/LJq1Biu06Y

When we arrived at the open day we were instantly surrounded by familiar faces from the cycling world – the first indication of how popular these products have become in such a short space of time.

There were numerous reasons why this open day was so good. Firstly, the range of products that are becoming available, the opportunity to sample them but most importantly to be able to talk to Tim. Tim’s ability to explain why certain ingredients were used, what they were looking for, how they have developed them, the thinking and reasoning for it was superb.

It’s difficult to know where to begin on the product selection so I will start with the new nutrition range. We started by sampling some energy gels. As you can imagine at 8pm at night sampling gels whilst not riding your bike was slightly strange!

It was great to see so many faces at our #SecretTraining open day this week. It’s going to be an exciting 2015! pic.twitter.com/l0KkBqMAle

An absolutely firm favourite with all of us was the banana gel – made from real bananas. This was chosen so riders didn’t have to carry a banana in their back pocket or grab one at a feed. The taste is delicious and with it being a simple sugar allows it to get into the system straight away.

Next on the agenda – energy drinks. We tried three flavours: lemon and lime, tropical and blackcurrant and elderflower. I have to admit to being slightly confused by the elderflower as it’s not something I’ve ever had much before. It was really nice and palatable and then afterwards the distinct elderflower taste then came through. I was so ‘confused’ by it that I had to go back for more!

The final energy product that we sampled was a range of fish oils in the format of a gel. We spoke to Tim about this product.

Most fish oils will always leave that not so pleasant fishy taste in your mouth which means that it has been oxidised; when the product has been exposed to light, heat or oxygen. The gel – as a sealed product – eliminates this so it was down the hatch in one. The best part though the flavour – lemon meringue! No sign of any fishy taste anywhere – simply amazing!

Tim has been working with the riders at Tinkoff-Saxo and gaining feedback. This has certainly proved invaluable as they really understand what it is a rider wants and works.

A really thorough and well thought out nutrition range.

The Secret Training website has lots of information on their fab range of products, but shhhhh don’t tell everyone 😉

Should Merlin Cycles stock Secret Training’s energy and nutrition stuff when it comes out later this year? Leave a comment below.