Get ready to argue! Everyone has their own favourite era for cycling. Here’s our take on each significant decade since the birth of the bike. 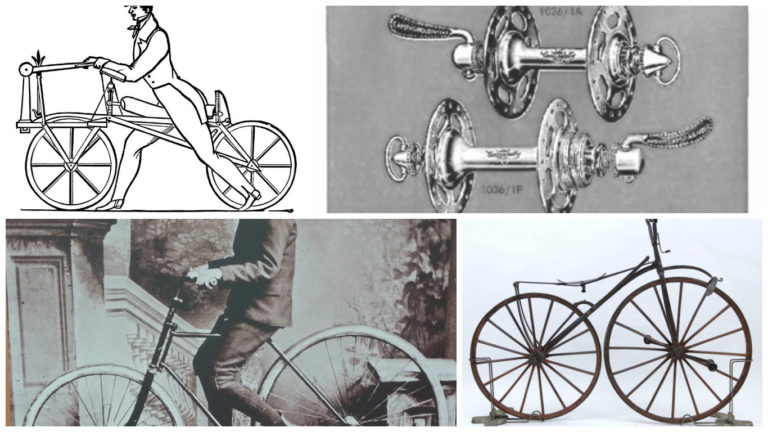 Looking round at the current crop of road and mountain bikes you may think we have never had it so good. But how did we arrive at this point?

There have been many innovations and developments over the years, some good, and some bad which have all led to the current generation of bikes.

So which decade has been the most influential in bike and component design? 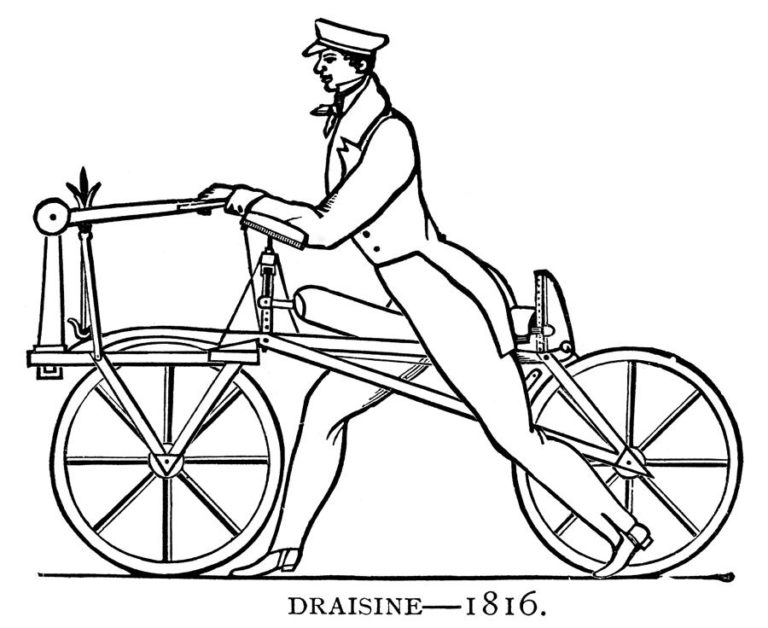 The Velocipede is invented and is the first bike to look like the modern version with large wheels but is pushed along rather than pedalled. 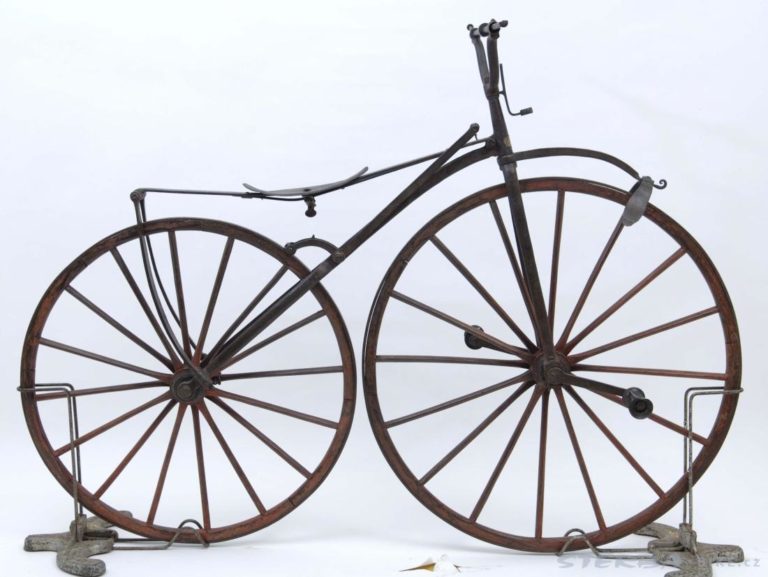 The Boneshaker is born. This is the refinement of the Velocipede as it is pedal powered rather than pushed along. It gets its name from the uncomfortable riding experience of the time due to the large wooden wheels with iron ‘tyres’. 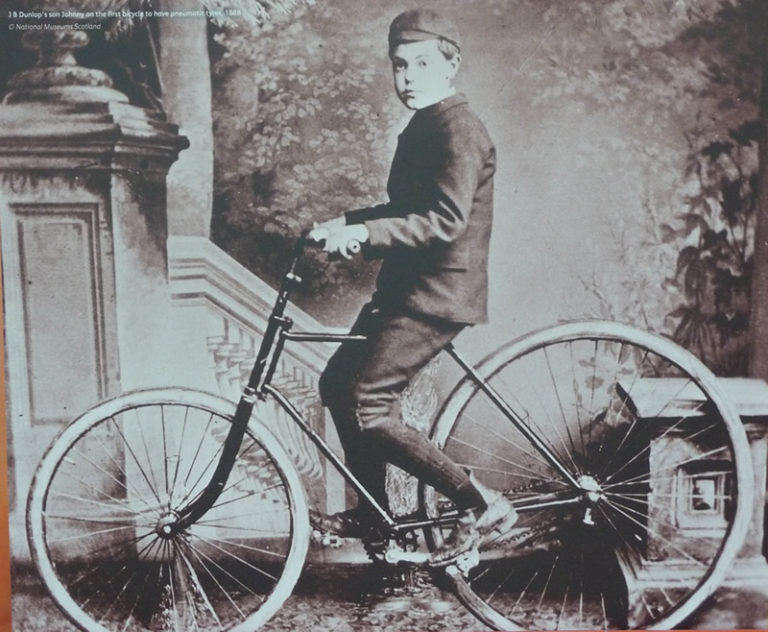 John Boyd Dunlop patents the first bicycle pneumatic tyre and revolutionises the cycle industry. He originally made them for his son’s tricycle but later moved on to road racing bikes making the tyres commercially from his base in Scotland. And yes, this is the same Dunlop tyre making company we know today. 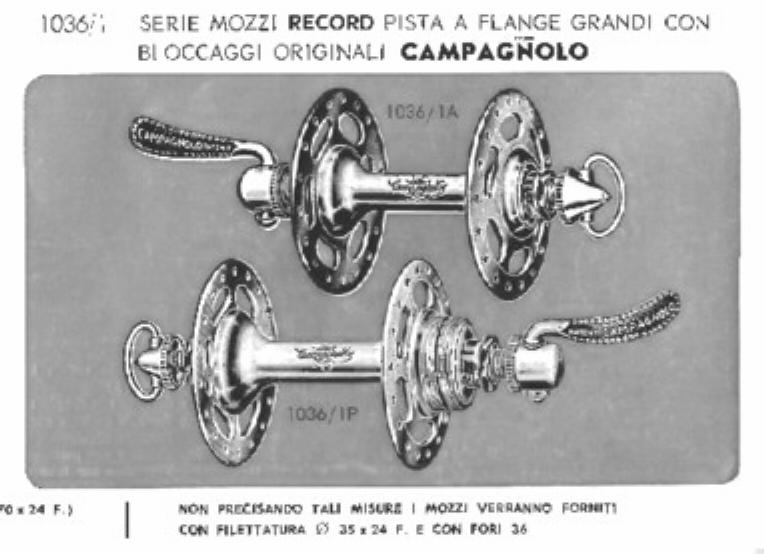 The shape of bikes remains fairly constant from the late 19th century with mostly refinements in frame and components to make them more comfortable or lighter.

Bikes were single speed with the option of a flip hub where the rear hub had a sprocket on each side and the rider would have to stop and switch the wheel around to change gear. To make this easier Tullio Campagnolo invents the quick release lever.

Not resting on his laurels, Campagnolo invents the rear derailleur which does away with the need to stop and switch the wheel around to change gear. Is this the biggest revolution in cycling industry? 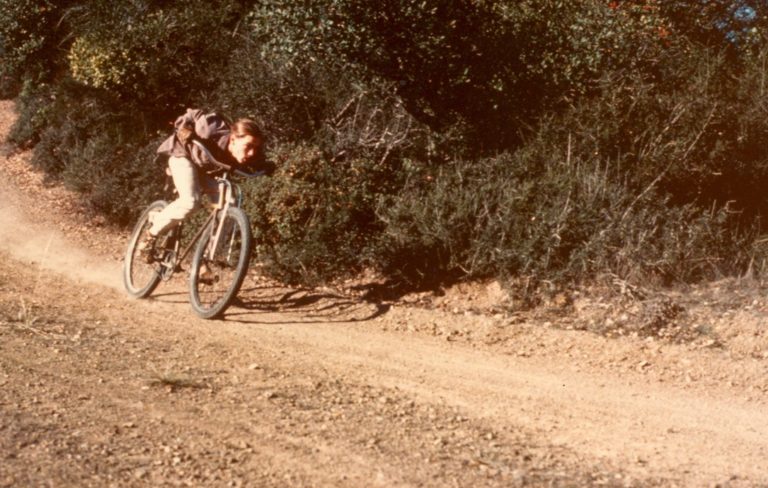 Bikes have traditionally been made from steel since the first bike was built. Companies such as Vitus introduce alloy frames which are much lighter and immediately seized upon by racers.

In the US, a group of guys start riding clunkers off road and mountain biking is born. 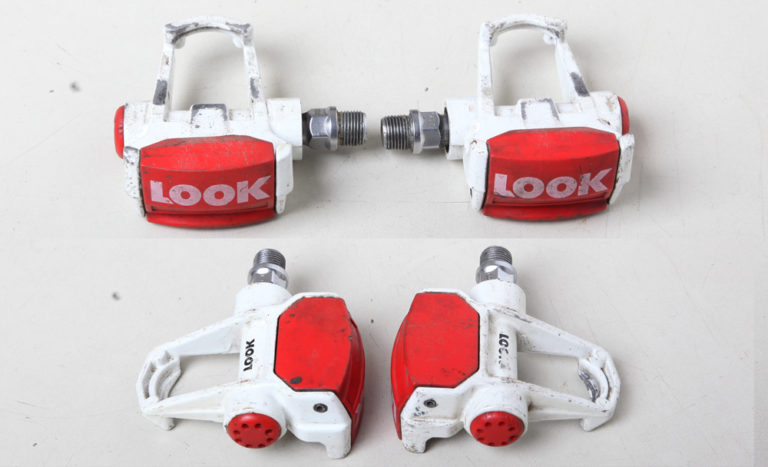 The 1980s saw a raft of innovations come to the cycling world.
Index gears meant messy changes were a thing of the past and the click was a reassuring change.

Clipless pedals – following the same method for ski bindings, most people were about switching from traditional clips and straps until Bernard Hinault used a pair to win the 1986 Tour de France and then everyone wanted them.

Carbon frames – French company Look where the first innovators in carbon frame technology with their bonded frames which racers loved.

Argued by many mechanics as the greatest innovation in bicycle components – the introduction of sealed bearing units. Bottom bracket and headset bearings were now in a sealed brace or unit which saved hours or painstaking greasing and intricate bearing placement.

Mountain biking really took off with iconic companies such as Muddy Fox making bikes everyone wanted. 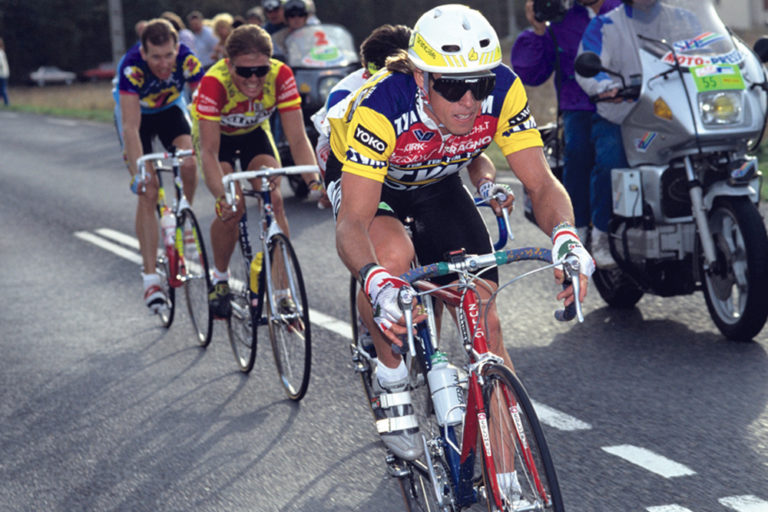 STI’s (Shimano Total Integration) allows us to change gear with the brake lever on road bikes and means we don’t have to take our hands of the bars to change gear. Campag follows suit with its own version called Ergo but everyone calls this method of changing STI’s.

Carbon frames continue to be developed with more companies using the material to make the entire frame and not bonding it into alloy lugs which Look did.

This growth in front suspension also leads to the development of rear suspension systems.

Hydraulic brakes arrive on the mountain bike scene and in one fell swoop we’re converted.

Carbon is the biggest buzz word with frames continuing to be refined. Carbon wheels start to become more prevalent on the road and suddenly everyone wants deep section carbon road wheels.

On mountain bikes rear suspension continues to be refined with more choice and travel becoming available.

29” wheels hit the mountain bike market and what was seen as a quirky alternative is established.

Aero features become more standout on road frames with some frames resembling full on time trial rigs but without the weight penalty.

Disc brakes arrive for the road but racers aren’t keen on them but the general public are.

Gravel road bikes are the latest incarnation of ride anywhere road bikes. Cyclo cross bikes are considered more for racing but gravel road types have a slightly more relaxed geometry, bigger tyres and offer more all day comfort across any types of terrain.

Long travel mountain bikes become lighter and lighter and thanks to developments in suspension platforms ride like short travel bikes.

Carbon frames become more prevalent in full suspension mountain bikes including longer travel bikes which have traditionally been seen as alloy only.

Without doubt the biggest innovation/headache in mountain biking is the introduction of new wheels sizes. The traditional 26” is still there but 29” is the most popular. New size 27.5” (also known as 650b) enters the market and now there are 27.5 + and we’re not even mentioning fat bikes…

Give us your thoughts

Which is the most important era then? Leave a comment below.

One comment to “What was the best decade for bikes?”