Merlin’s Bex reports back from the Ladies Tour of Norway, competing against the world’s top teams Orica GreenEdge, Doels Boelmans and RaboLiv to name but a few. 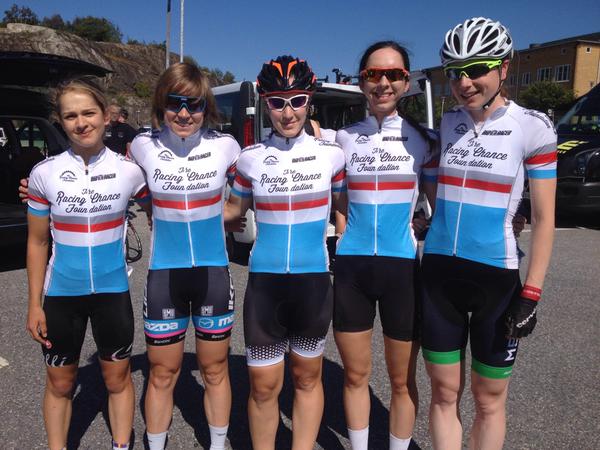 Well I’ve (finally) made it back home after an amazing weekend racing the Ladies Tour of Norway. I was privileged enough to represent The Racing Chance Foundation which is a charity set up to provide opportunities at grass root level for female cyclists entering the sport. They also support female riders wanting to transition up to UCI events at the highest level against the world’s best riders.

Speaking of the world’s best riders, this weekend was certainly no exception. With top Professional teams Doels Boleman, Orica Greenedge, OLE Cipolini competing alongside National teams from Sweden and Norway to name but a few.

Ups and downs of travelling

We flew into Oslo from Gatwick on the Friday. In what is seemingly to become accustomed to my travel, we were delayed. By the time we arrived, dinner was well and truly finished. Boo!

However the hotel kept a whole feast for us to munch on which was much needed after a full day of travelling. Yay! 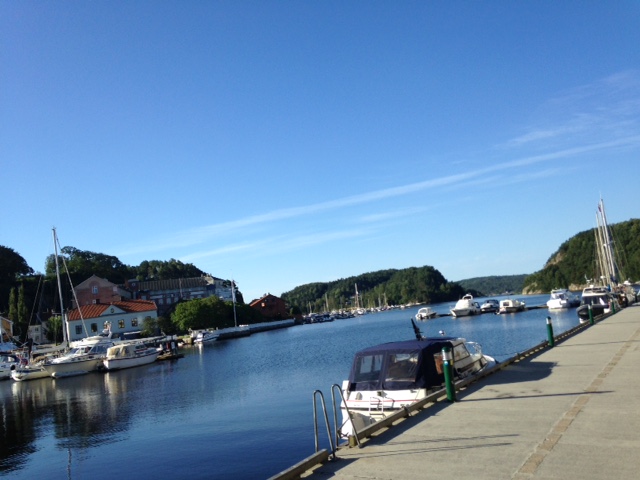 It was only in the morning that we were able to see the stunning location that we were staying in at Halden. Wow!

The start of stage 1 was in the afternoon. This allowed us plenty of time to build our bikes and head over to the stage start – which was actually in Sweden. 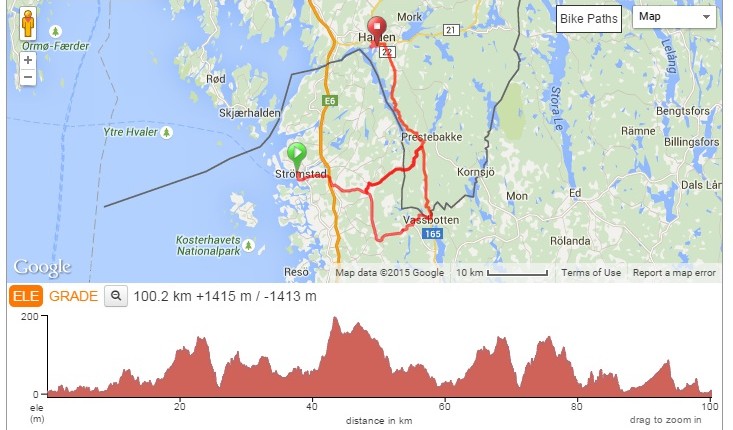 The race was a single loop crossing in and out of the Norwegian and Swedish borders four times before heading up towards the centre of Halden for  three laps of a finishing circuit.

Once out of the neutralised section the race was on. 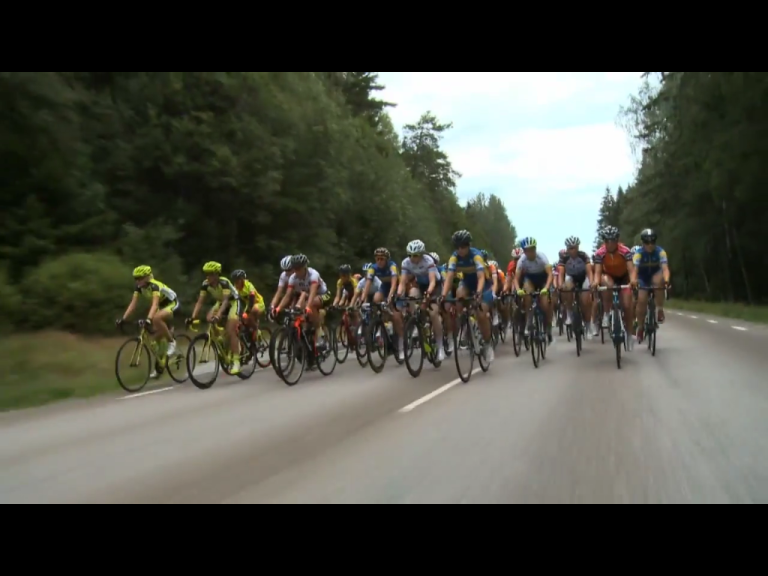 This was by far the hilliest race I’ve done. 1300m of climbing over 120km distance. Whilst the hills were causing splits in the group, the long flowing descents that followed allowed riders to get back on.

We then hit the big climb and the whole race split. Positioning is absolutely crucial in events like this. In a not-so-pretty fashion I managed to scramble my way back to the front group. But there was no let up. Heading back up to Halden the roads were exposed resulting in a very quick lesson on riding in the gutter in crosswinds.It was pretty apparent those teams that had been riding the Classics early in the season and they were keen to catch out as many riders out as possible.

Once we were into Halden this was where the fun began.

We had just completed a 100km and now went straight into a 15k crit with cobbles, climbs, descents, corners… You name it, it was there!

The race was split all over the place and small groups formed. I ended up finishing the stage in 53rd place which was my highest UCI finish so far so a big improvement. 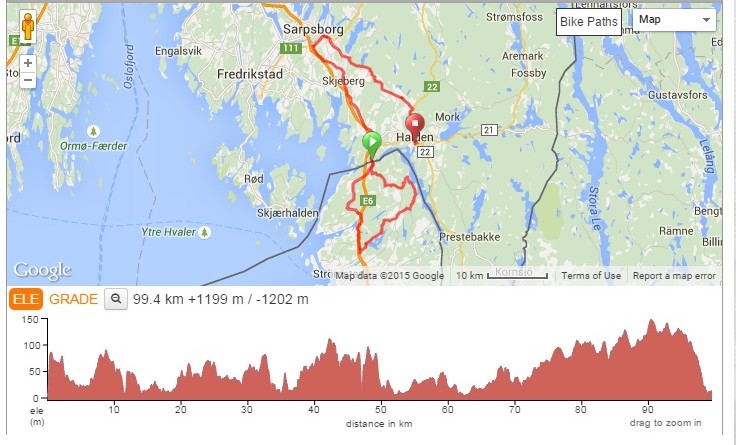 An early start. We once again headed over the border to Sweden for the race.

The race started on a bridge. For a brief moment I just looked left and right to enjoy the view. I was (correctly) assuming that coming back the other way in the race I would not be able to look at any scenery. 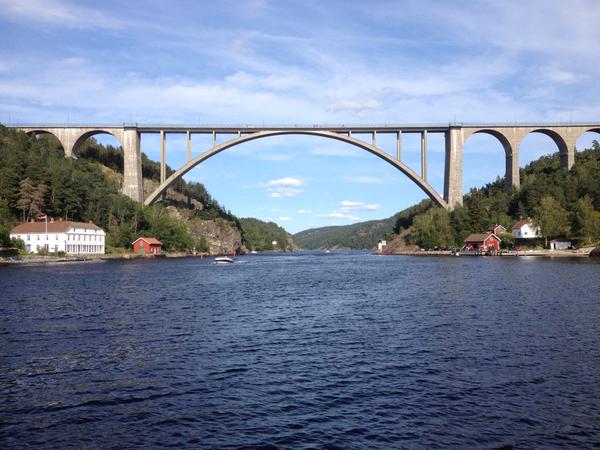 The pace today seemed a little bit calmer at the start. It was just the calm before the storm. Sure enough attacks were going and the race was splitting again. It was another attritional stage of 115km (with 1200m of climbing). Once again the finish was back into Halden for three laps of slightly different version of  the 15km finishing circuit.

I finished the dday’s stage in 65th position which was enough to give me 53rd overall on General Classification. 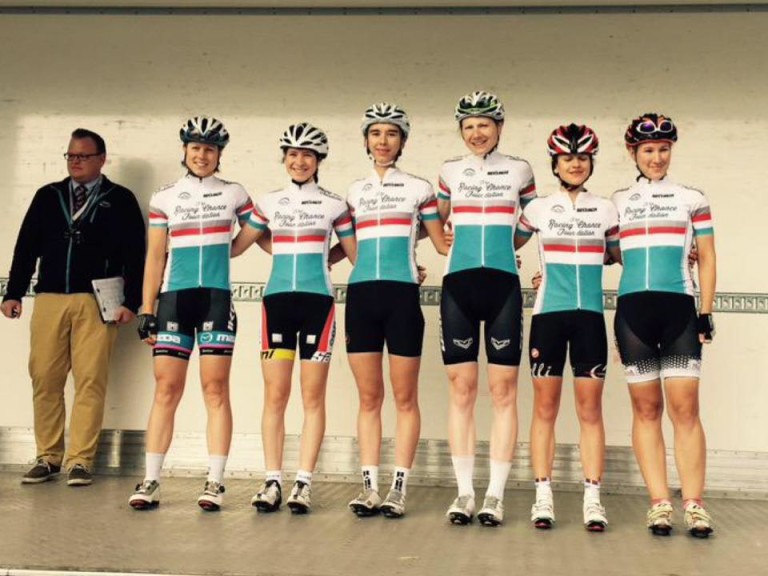 The team finished 10th overall on General Classification which was the 2nd non-professional team. Pretty good for a group of girls who had never raced together before.

Another two hour delay flight followed by the minor issue of our car breaking down on the way home and being shuttled by the lovely AA relay service meant I eventually made it home and straight into work again (sans sleep). 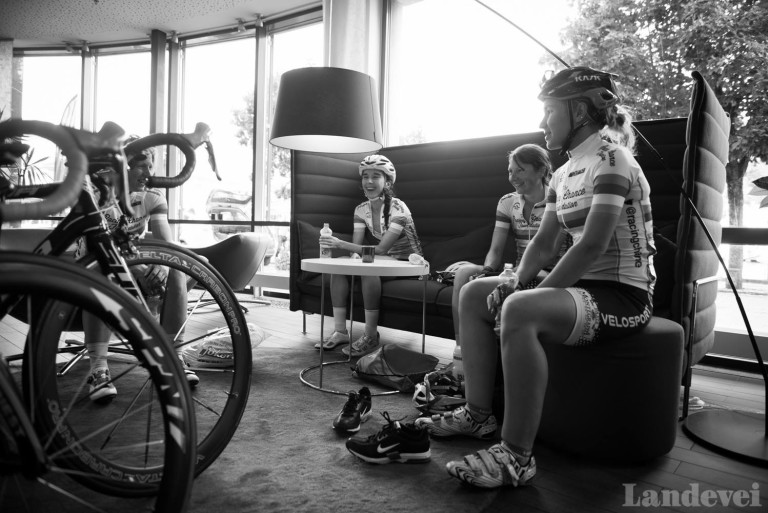 Next up is the Tour Cyclist Feminin International Ardeche. A six day stage race in France taking in some big climbs and some even tougher teams:

Will keep you posted 🙂