None more Italian. None more cyclocross. The story is a story of two brothers: Italo and Paolo Guerciotti.

Guerciotti have been around for longer than most people think. In 2014 they celebrated their 50th anniversary.  It all started back in 1964 when Italo and Paolo opened a modest 20 metre square bike shop in Milan. 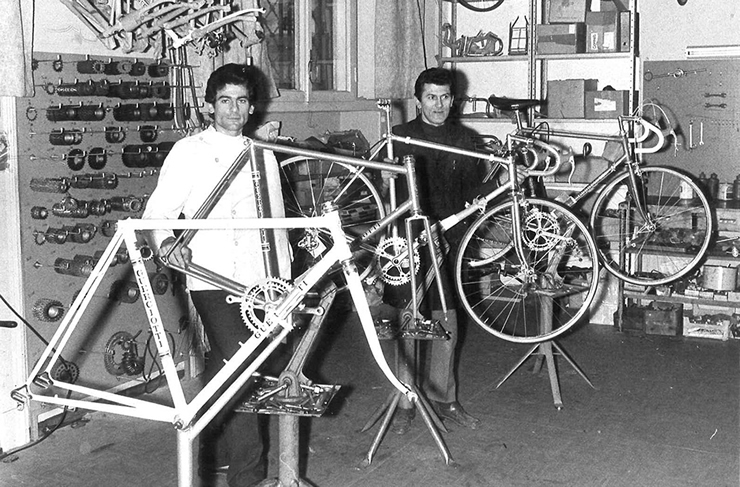 Italo was the older brother who was an established bike rider and racer. Italo passed the racing bug on to Paolo who quickly became a handy road racer in 1961 before finding his true calling with cyclocross. Paolo raced exclusively cyclocross from 1967 up until 1980.

Pretty soon the brothers outgrew their first shop. Then their second shop. In 1975 they moved for a third time. 1975 was a big year for Guerciotti. Not only did they move shop premises, they also began internationally distributing their bikes and frames. The USA was their biggest market. They also took the bold decision to sponsor an American race team: American Ten Speed Drive-Guierciotti. 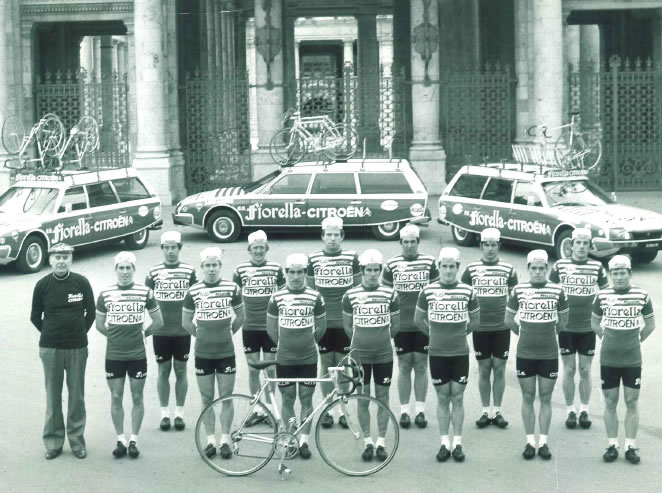 The mid- to late-1970s was the boom time for Guerciotti. They gained more and more international distributors and were often in the best cycling magazines around the globe. In 1976 Guerciotti bikes debuted in the pro circuit sponsoring pro teams like Fiorella Mocassini, Fiorella Citroen, Magniflex Fam Cucine (winning 5 stages at the 1979 Giro d’Italia), Santini Selle Italia, Alfa Lum and Dromedario Sidermec. In this era many famous riders win with a Guerciotti bike, such as G.B. Baronchelli and Giovanni Battaglin. 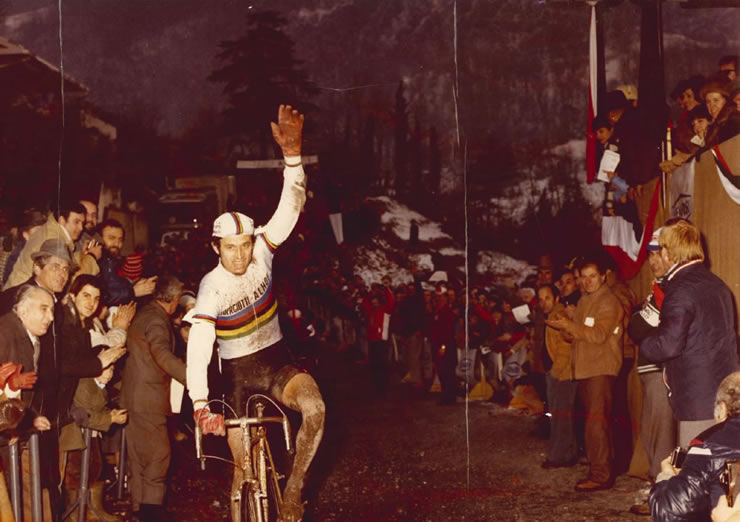 The late 70s saw Guerciotti dominate the Italian cyclocross scene. They had Team GBC in 1976 directed by Dino Zandegu, in 1977 Paolo himself founded GS Guerciotti and in 1979 he raced in the Cyclocross World Champs in Saccolongo. But it was Vito Ditano who became the Team Guerciotti’s symbol rider winning the Saccolongo world championships and also the 1986 world champs in Lembeek, Belgium.

Thanks to Vito Ditano’s performances and of some Italian cyclocross riders as Flaiban, De Capitani, Gian Mario and Luca Bramati, the team becomes the biggest and strongest cyclocross team in Italy.

In total, Guerciotti riders have won 10 ‘cross world championships. In doing so they earned such nicknames as “multinational in  the mud” and the “Mapei of cyclocross”. Guerciotti became the leading brand in cyclocross. They even gained a stranglehold in the Belgium market, thanks to the success of the race team. 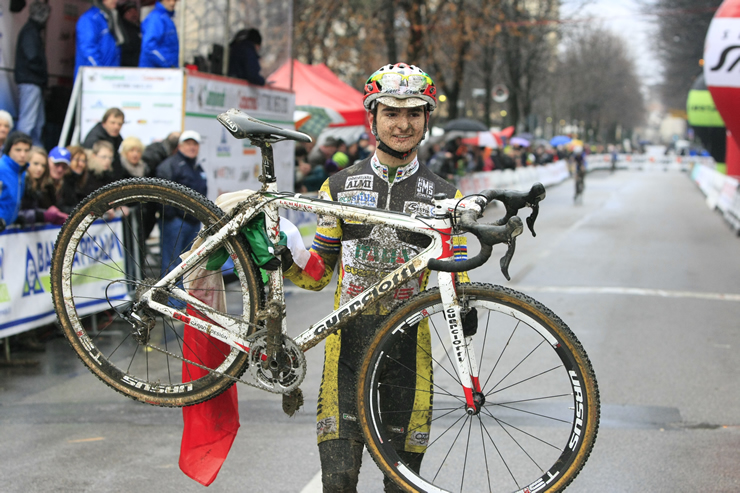 Fast forward to the new millennium and Guerciotti made a move to expand their racing horizons to encompass young racers and women racers. Guerciotti had junior and under-23 riders like Mauro Santambrogio, Jacopo Guarnieri, Adriano Malori and women riders like Vera Carrara, Olga Slyoussareva and Valentina Polkhanova. The 2000s also saw Guerciotti take wins in the Coppa Bernocchi and the Tour of Switzerland as well as competitive participation in the Classic like Milan-San Remo and Paris Roubaix.

2008 saw Guerciotti return to winning ways in the Giro d’Italia with Alessandro Bertolini taking the win on stage 11.

Now in their 51st year, Guerciotti are still getting the results in cyclocross. They’re still investing in young riders of all racing discplines. They’re still making uncompromising race bikes for the cognoscenti. 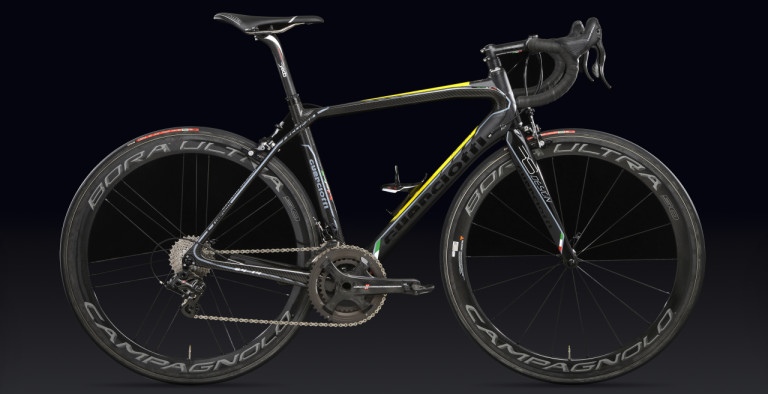 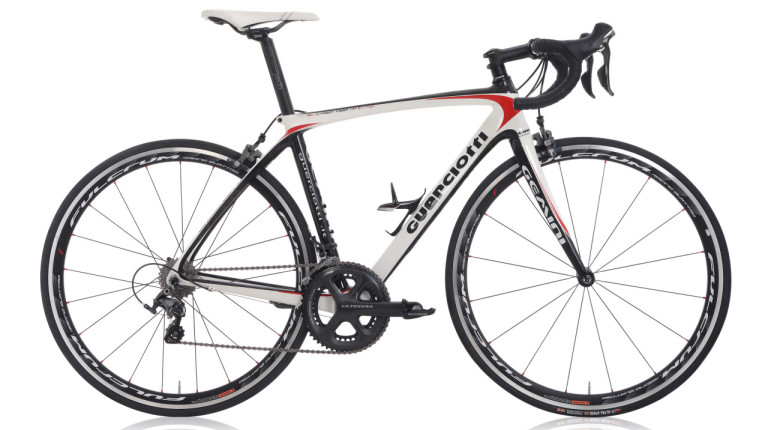 The all-rounder bike. Guerciotti’s version of a Sportive bike.

The entry level carbon fraemset. Still more than a match for others brands’ mid-range models! 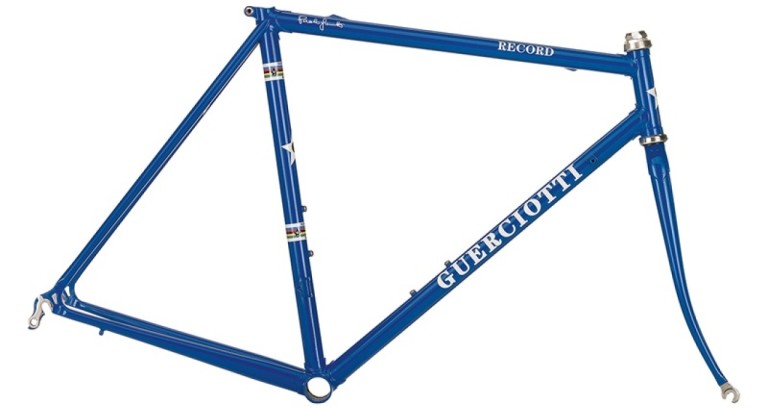