The weight gap between normal affordable road bikes and top end expensive road bikes is getting narrower and narrower all the time. You can pick up a sub-20lbs road bike for under £1000 now, easy. 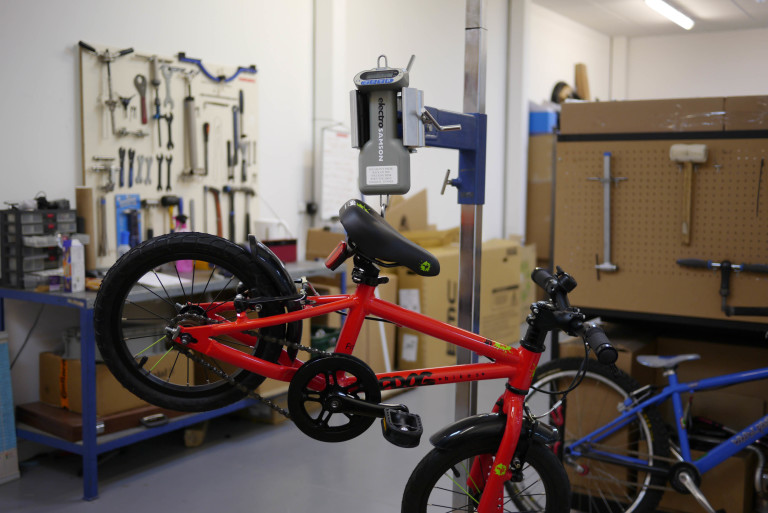 So save your money and concentrate on the following ten things instead.

Get your tyres wrong and it doesn’t matter how light your bike is, it’s going to handle like a pig. Too draggy or too slippy or just plain unpredictable. Bad tyres ruin rides. And did you know that running fatter tyres can actually result in faster rolling too? 25mm is the new 23mm.

You see far too many people riding bikes that are the wrong size. People seem to think that riding a size-down is a sensible thing to do. It really isn’t. There’s some myth that small bikes handle better. And that’s what it is, a myth. Get some length in your bike! And don’t go trying to make small bikes fit by bunging a Goliath stem on there and sliding your saddle all the way back on its rails. It doesn’t work.

Aero is very much The Thing at the moment. And with good reason. It makes far more sense to invest in having a more aerodynamic bike, or bike setup, than to spends hundreds of pounds on making an already light bike even lighter. Making a £1000 bike more aero will be more rewarding than making a £1000 bike lighter.

Riding in a group

This follows on from the aerodynamics stuff above. Working in a group – even a small group – and taking it in turns to draft each other can save you about 20% effort. In the real world this means that you actually expel the same amount of energy as you always do but you end up going loads faster. More speed is always more fun. And working as a mini-peloton is fun in its own right too.

Us cyclists would always prefer to throw money at a problem than to address the real cause. Practice, practice, practice will always trump spend, spend, spend. What can you practice? Pedalling circles, apex cornering, controlled braking, staying off the brakes in general, aerodynamic riding positions…

A lot of this list can be umbrella’d under this category. If you’re uncomfortable on your bike you won’t be very efficient and – more importantly – you won’t enjoy yourself as much. Bike size, bike set-up and tyre choice are all factors. But so is your clothing. Nasty, ill-fitting, sweaty clothing is not nice to ride in. Invest in a premium chamois short and a jersey that actually fits your body.

This, like it or not, is the mass that matters. Oxygen uptake into the blood improves significantly as fat is lost. As well as having less mass to haul around, skinnier cyclists also benefit from having bodies that cope better with exercise. Life’s not fair eh?

Are you still just heading off cycling after breakfast with just a water bottle on your bike? Aiming to get to the cafe stop for your next fuelling, whereupon you’ll probably eat a bacon sarnie and some cake. We’re not advising cutting out the bacon or the cake – we’re not insane – but you should try some decent energy drink and an energy bar as well. You’ll feel – and ride – much better for it.

Some times you’re having a good day. Some days you’re having a ‘mare. If you’re feeling down you’ll have a poor ride. If you’re feeling good you’ll have a great ride. So how do you ensure that you can feel good before you go out on your bike? Just appreciate that you’re about to go out on your bike. Riding bikes is ace. Crack on!