Switching to clipless pedals is one of the best ways to increase your power output and pedalling efficiency. It can also be one of the most daunting things to try.

The shoe is attached to the pedal via a metal or plastic cleat on the sole of your shoe. This cleat slots into a spring-loaded retention system on the pedal. Think of ski bindings. The idea is pretty much identical.

This holds it firmly in place but the foot can be disengaged from the pedal by rotating the heel of the foot outwards.

There is no doubt about it. Clipless pedals will make a huge difference to your cycling. Stiffer shoes and the ability to pull back/up as well as push forward/down makes things so much more efficient.

The main down side is learning to use the things. Just about everyone I know has a story about when they started using them; they forgot they were clipped in and this resulted in a stalled slow-motion fall sideways (usually at a set of traffic lights). 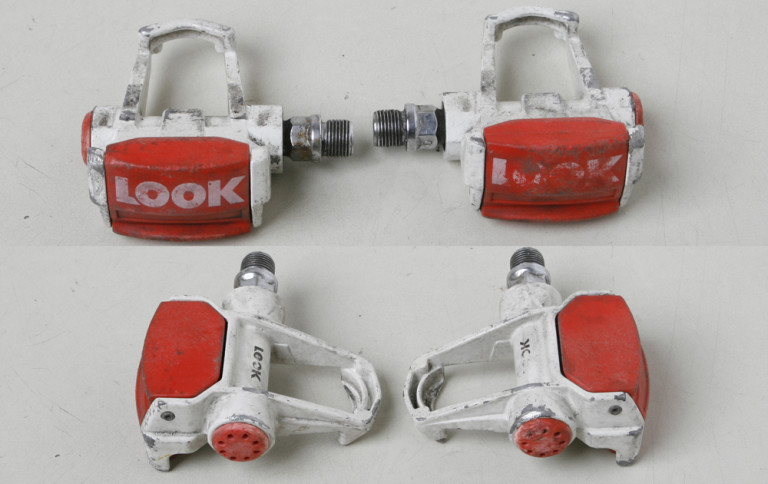 A bit of history

Clipless pedals came about in the 1980’s when French manufacturer LOOK took the fastening idea from ski bindings, where the ski boot locked to the ski via a quick release system and could be easily disengaged by twisting the foot sideways.

Before this, racing cycles featured pedals with clips and straps. Some race shoes had cleats but they were just blocks (some form of plastic normally) that sat inside the outer lip of a pedal and stopped the shoe from coming out of the pedal unless the strap was manually loosened. They were pretty dangerous for most cyclists really! 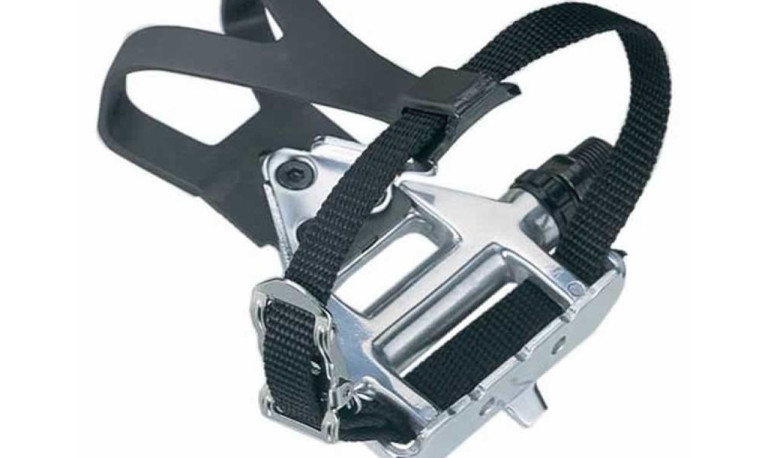 Anyway, when LOOK’s new ‘ski binding’ system arrived it was called ‘clipless’ to differentiate it from the existing systems that used straps and clips. The clipless name stuck to this day even though it does confuse a few people!

The retention system is the heart of the pedal. It determines the shape of the pedal and the cleat.

The pedal is basically a cradle with a spring loaded side or sides where the shoe cleat is pressed into. The cleat/shoe is held in place by the sprung loaded side(s).

To get out of the pedal, the foot is twisted outwards which forces the spring loaded sides open, releasing the cleat/shoe. 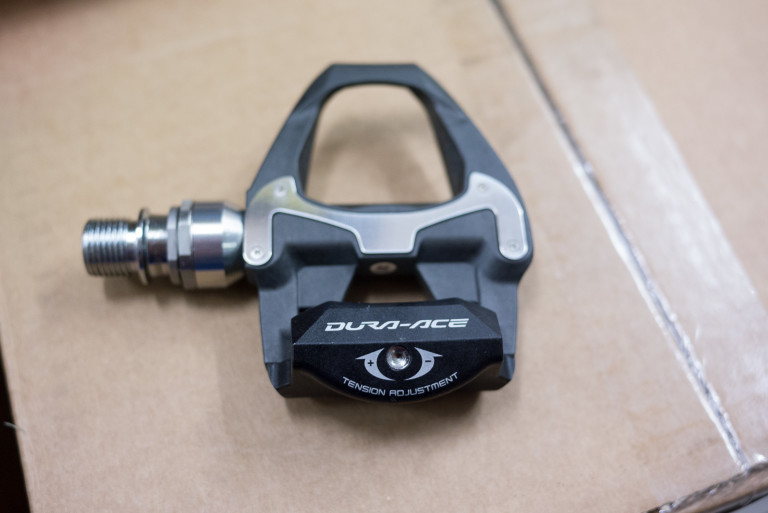 Most pedals allow you to control the release tension. When starting out you may want to make it fairly easy to release. As you progress and get used to it you may want to tighten it stop your foot coming out accidentally during raggedy sprints and so on. 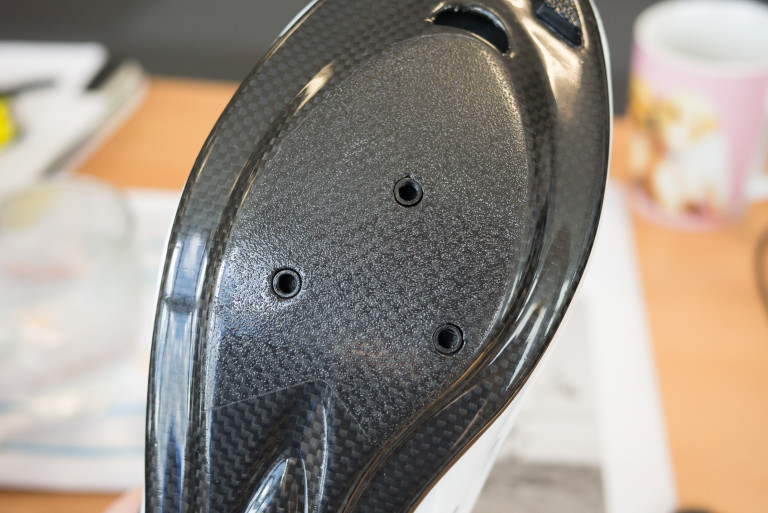 Most systems use a three bolt pattern. It’s the de facto industry standard for shoe makers. Beyond the standardised bolt pattern, each pedal manufacturer has a different shaped cleat. You can’t mix and match cleats and pedals. 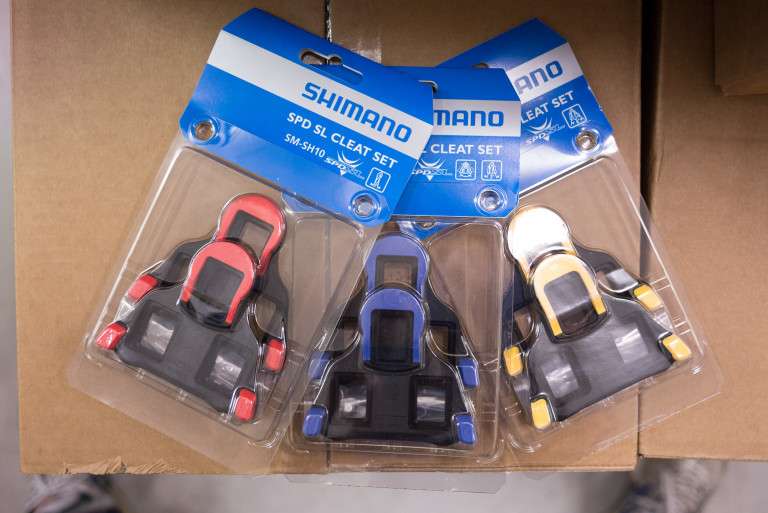 ie. the amount of rotation or lateral movement within a pedal before the cleat disengages the pedal. Float is normally expressed in an amount of degrees of foot rotation. Some pedal system’s float is quite free and ‘loose’, other systems are firmer.

Float is required because of the way people’s knees work. There is a certain amount of float built into most systems to allow the knee to move slightly and thus avoid pain or injury. 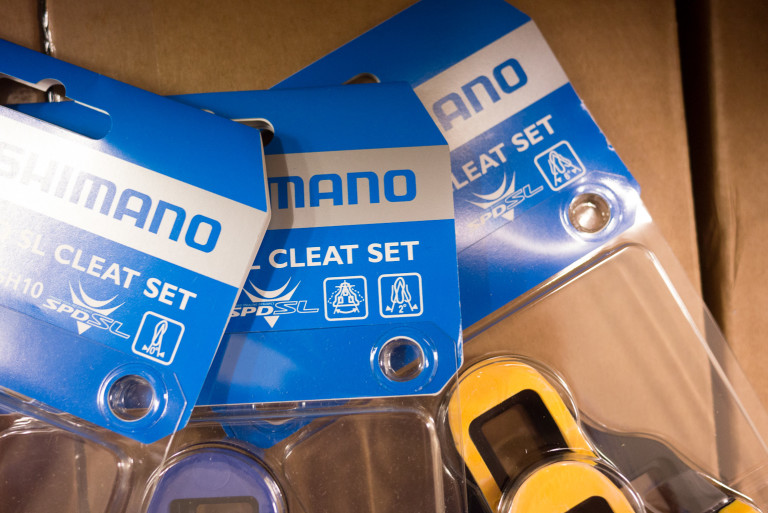 The amount of float is determined by the cleat. Very minute shaping changes allowing more or less movement. This is clearly marked on the packaging, or in the product listing.

The more you pay the lighter the pedal becomes. Usually better materials also add to longevity. Alloy, steel and reinforced plastic are used for axles and bodies. Exotic materials like carbon and titanium are saved for high end kit.

There are four major manufacturers of clipless pedal systems each with their own designs; LOOK, Shimano, Time and Speedplay.

There are other smaller brands making pedals but for the purposes of this guide, and when starting out with your first clipless pedals, it makes sense to stick to the main four brands. 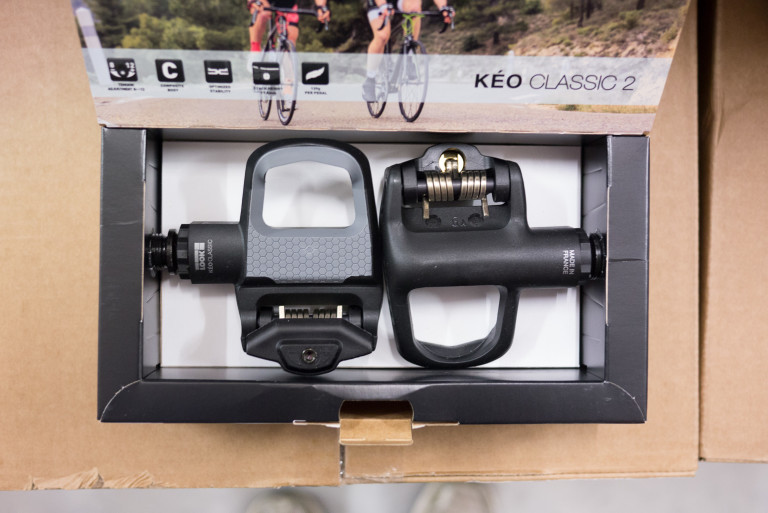 LOOK are the original inventors of clipless pedals and remain to this day one of the most popular systems. They designed the original three bolt cleat system which has since been adopted as the industry standard.

Their range spans everything from novice to professional and they have many Tour de France victories to their name. 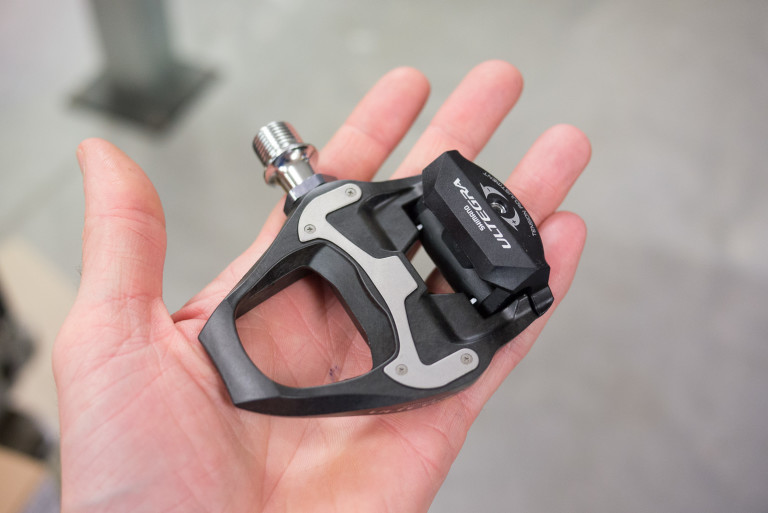 The world’s biggest groupset manufacturer took the LOOK system and tweaked it. The pedals and cleats may appear similar to LOOK but, like most things in cycling, they aren’t.

Shimano pedals are renowned for durability, ease of use and for being easy to service. They have a huge range of pedals covering every cycling discipline. Within the road market they make award winning pedals from double sided platform pedals to stripped down professional models. 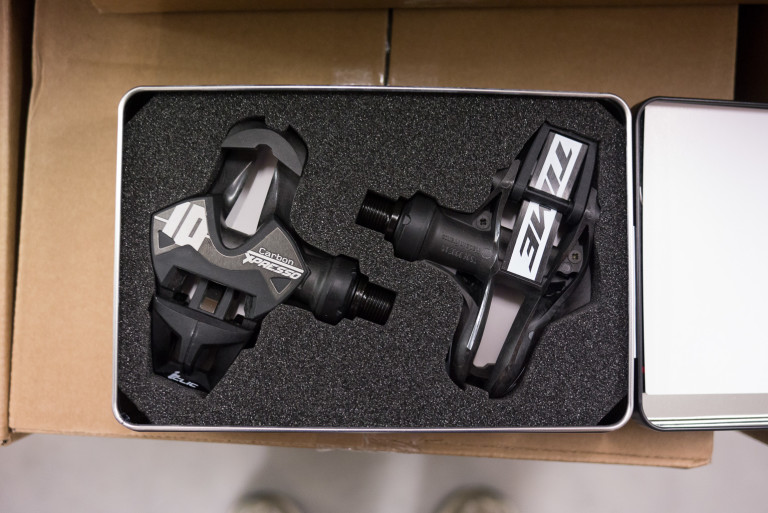 TIME was the first company to provide an alternative to LOOK. The pedals and cleats look very different from the LOOK system but they do use the three bolt cleat system.

TIME pedals have a lot more float built into them making them a favourite with those who like to have a bit more movement during the pedal stroke whilst still being clipped in to their pedals. 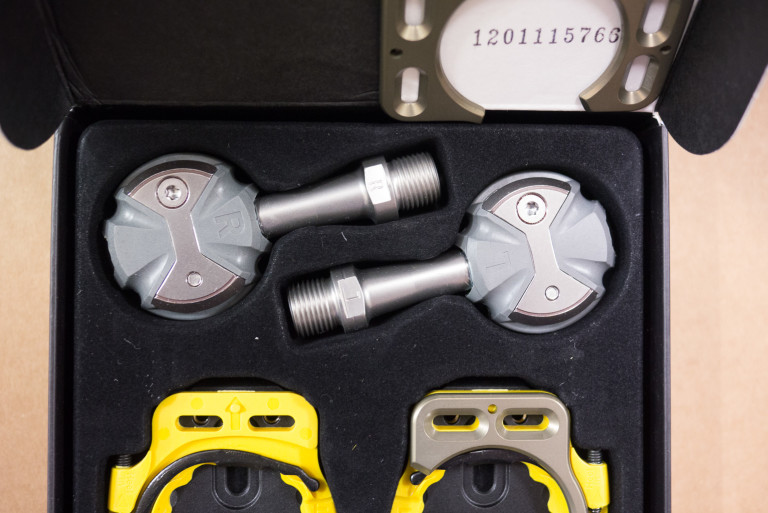 These are the relative new kids on the block and they have a revolutionary design.

The pedal is just a basic body around an axle. The retention system is in the cleat. Yep, they are upside-down compared to how everyone else does it. 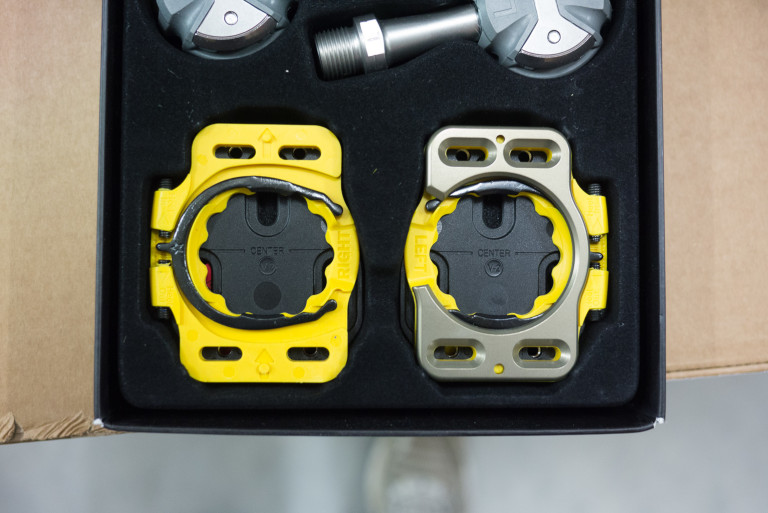 Speedplay pedals are very much the ‘alternative’ choice. If you want ot know more, the best thing to do is read our previous Brand focus of Speedplay blog.

Which road pedal should you buy?

Leisure riders will appreciate a pedal with easy engagement/release and low tension in the retention spring. Double sided pedals (with a retention system on each side) and a large platform surrounding it will make it easier to use as you don’t have to clip in every time. Have a look at MTB clipless pedals as well as the road ones.

Regular riders will benefit from a bit more security and a slightly tighter hold from the cleat. More float is a bonus as this allows the knee to move more and relieve pressure on longer rides.

Racers demand light ‘n’ tight. A good retention system which can be tightened and keep the foot firmly placed in the pedal will help stop accidental disengagements under pressure. Weight is important so top end pedals are very pared down and lightweight. Float is very important as this will allow some movement no matter what the spring tension is and makes it a personal preference.