Traditional caliper brakes through to cutting edge hydraulic disc brakes – we explain them all here.

Disc brakes aren’t very common at the moment but they will start to appear on certain sorts of road bikes more and more over the next couple of years. You can’t use disc brakes on a bike that’s designed for rim brakes; they don’t have the required mounts and cable routing.

Rim brakes are what the vast majority of road bikes use. They’re much lighter than disc brakes and, crucially, they’re the only sort of brakes that actually fit on the bikes!

Within the category of rim brakes there are two sub-categories: caliper and V-brake. 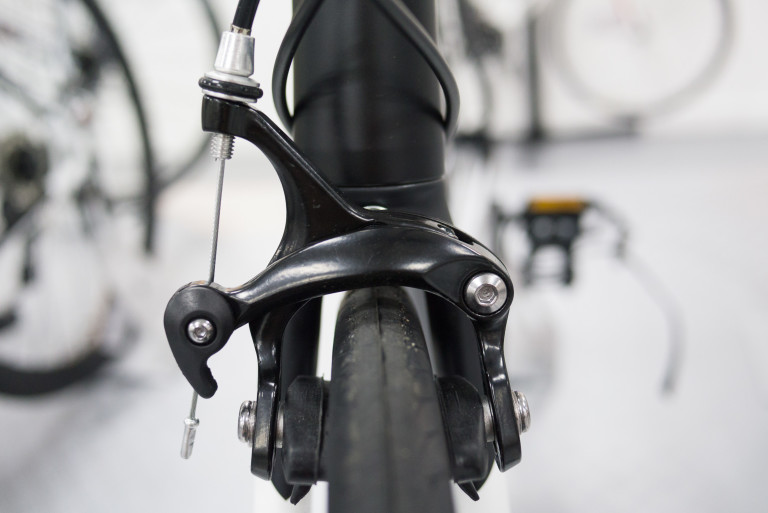 Calipers are the norm. When someone says “road bike brake” they almost certainly mean a calliper.

Road caliper brakes have come a long way in the last few years. The humble caliper has been tweaked relentlessly and modern dual pivot designs are light years away in performance terms from old type models.

Cantilever and V-brakes are still common on cyclo-cross, touring and hybrid bikes but a lot of manufacturers are moving towards disc for these sort of bikes now.

The simplest design is Single Pivot, where the pivot is in the top-middle of the brake (in the same place as where the brake mounts to the frame). 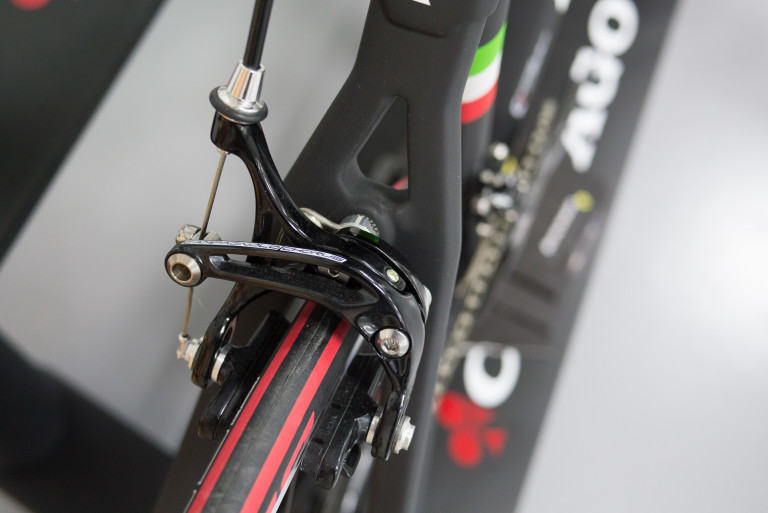 Most modern road bikes now have Dual Pivot calipers which, as the name suggests, have two pivot points in the design. This basically double up the leverage giving better braking, more power delivered in a more controllable way. 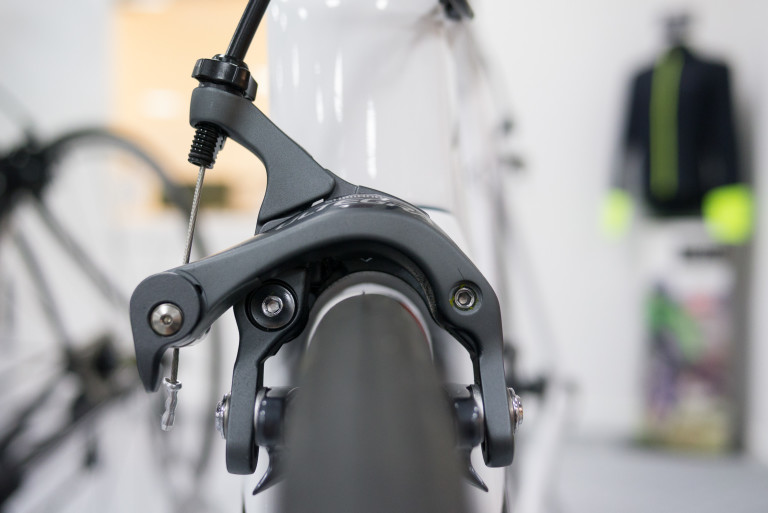 Shimano have also come up with a Direct Mount road brake system. This is for aerodynamically focussed bikes. Direct Mount brakes are basically low-profile, drag-resistant brakes that sit really close to the bike frame or fork. They attach via specific frame and fork mounts so most road bikes can’t use Direct Mount calipers.

These are becoming increasingly rare on decent bikes. 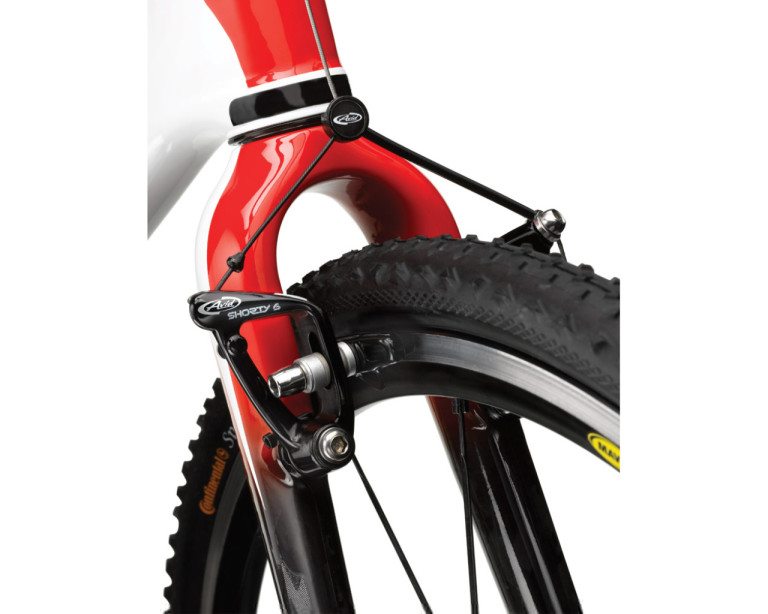 Canti’s are two separate r-shaped arms mounted on the frame or fork (one each side of the rim). These arms are connected at their tops via a straddle cable with a central cable pulling up from the centre of this straddle. When the cable is pulled, the arms move together and squeeze the rim between their brake pads.

Canti arms brakes are compatible with pretty much any canti brake lever. 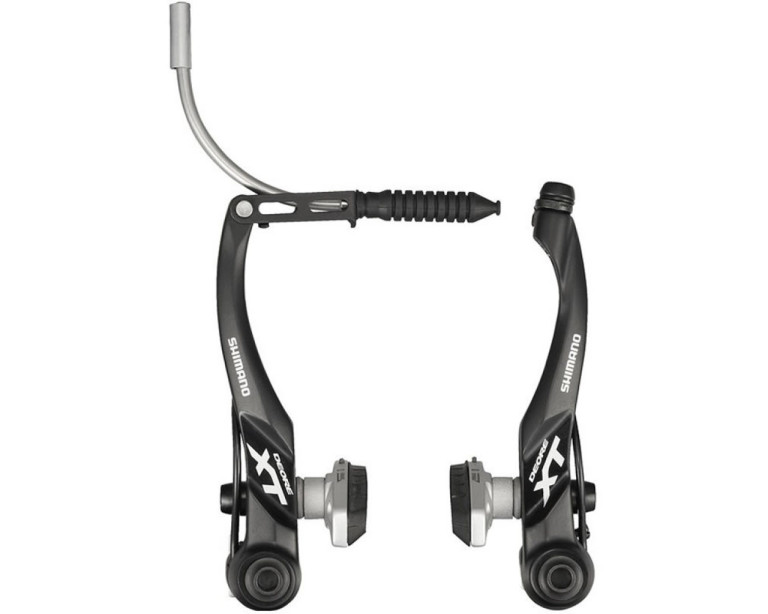 V-brakes are similar to cantilever brakes but the arms are longer and straight as opposed to r-shaped. The longer arms offer better power but a V-brake compatible lever must be used for best results.

A lot of bikes which have had cantilever brakes traditionally are now also offered with (or being superseded by) disc brakes as the weight penalty isn’t so important and the performance benefits of disc brakes are greatly valued (power, consistency in all conditions etc). 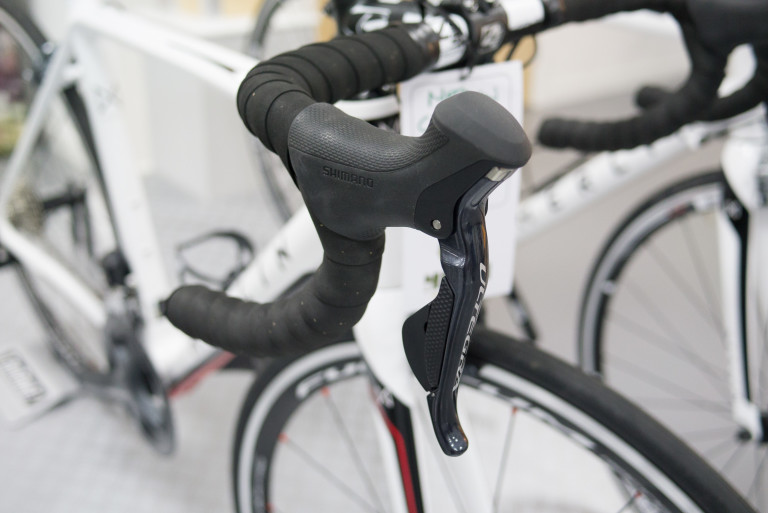 A note about brake levers

It really is best not to mix and match between brands.

Different brake levers pull different amounts of cable and at different rates. So incorrectly paired levers and calipers/canti’s can result in spongey feeling or under-powered or even alarmingly unpredictable brake performance. 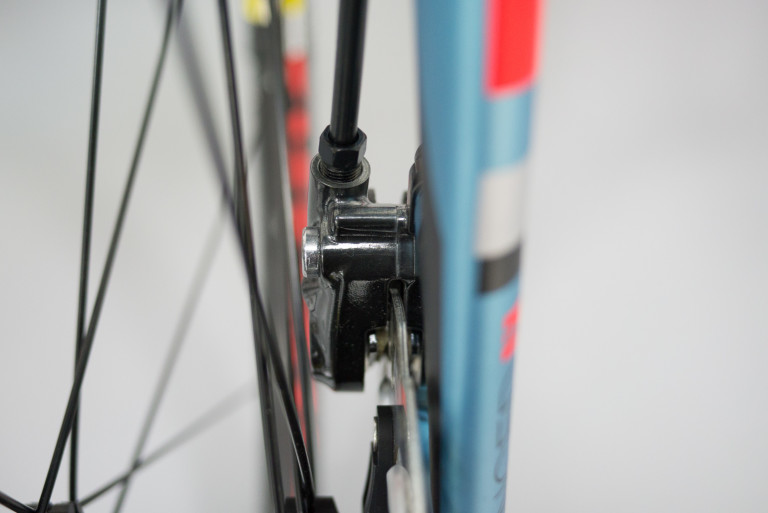 The amount of road bikes available with disc brakes has grown in a very short space of time. It is probably the biggest growth in technology in road bikes for years.

First it was cyclo-cross and touring bikes where the benefits are obvious (wider tyres, better clearance, wheel can take some damage without rubbing on brakes etc) but it has now moved on to some types of road bike. Typically the longer distance, comfort-over-lightweight sort of bikes.

With cycling’s governing body (the UCI) allowing professionals to use disc brakes they’re only going to get bigger more widespread.

Having said that, they are still a lot of experienced riders who prefer to use caliper brakes because they’re lighter and they’re powerful enough for them. A lot of traditionalists just don’t like the look of disc brakes. Fair enough. They do take a bit of getting used to the look of them at first. 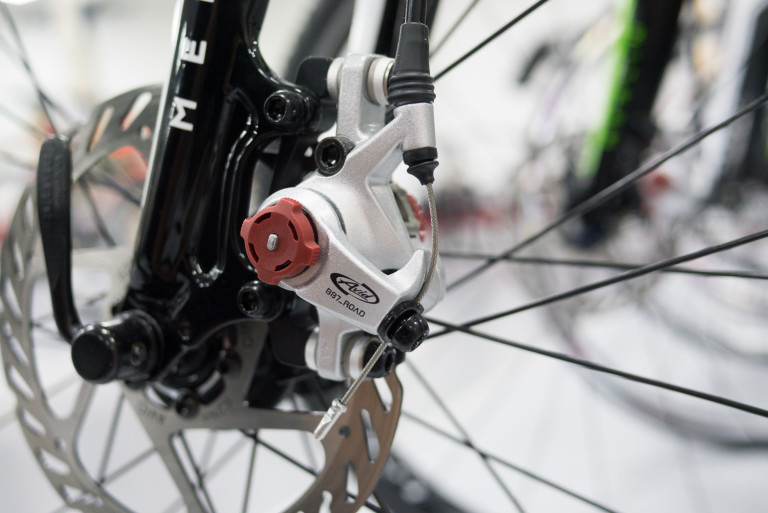 Cable operated versions are currently the more common. They are the cheapest and riders can use their existing brake levers/STIs. 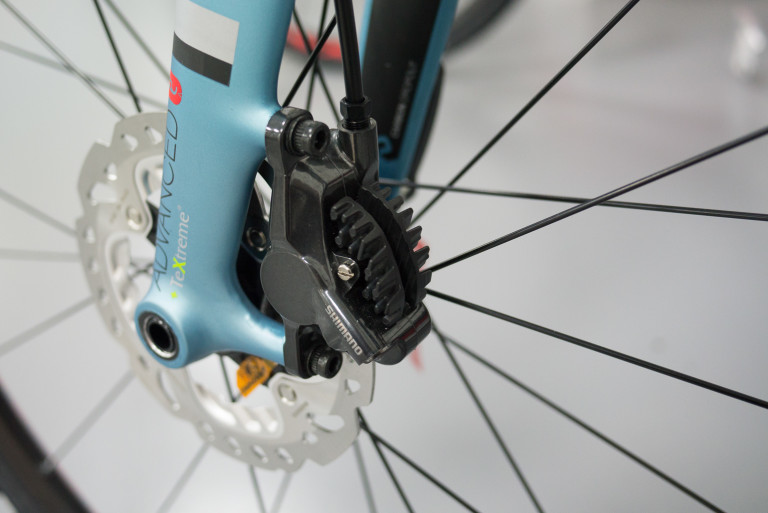 Hydraulic calipers offer more consistent performance (there’s no inner and outer cabling to bind up or get gritted up) but they are much more expensive and they need a dedicated lever/STI unit.

So there’s your new excuse for a complete new bike!

What does more money get you?

On rim brakes more money will get you a lighter brake and a brake that flexes less under power. Less flex equal more power and more feel.

It’s surprising the difference between a stiff, strong caliper and a not-so-stiff one. A lot of riders who think that caliper brakes aren’t very good (and are considering moving to a disc brake bike) are often just using low quality calipers, often with poor quality brake pads too.

Decent calipers give disc brakes a run for their money in 95% of circumstances. especially if paired with high quality cabling and brake pads.

With cable systems you’re still susceptible to dirt and water ingress into the cabling, resulting in stiff and notchy brakes. You also have to manually adjust for pad wear (by turning a dial on the caliper body a couple of clicks now and again). Mechanical systems are also heavy, relatively speaking.

If you want better brakes we’d recommend going for a decent caliper set up with some good cables and quality brake pads.

One comment to “Buyers guide to road bike brakes”