Another instalment from Patrick’s rummages through his cycling keepers box. This time it’s pedals.

One of the most revolutionary bike products of all time is clipless pedals and I can tell you the difference they made when first introduced was incredible. 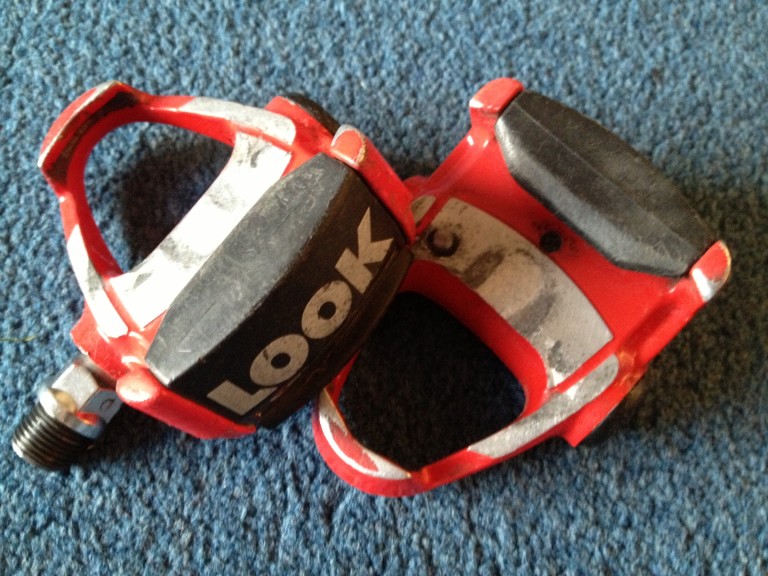 This particular pair is my first ever clipless road pedals which I got in 1990.

I can still remember the wow factor the first time I used them. No more losing feeling in my feet from being strapped in so tightly to the clips and straps – especially so during winter rides when it took ages for feet to thaw out. These pedals made rides much more comfortable.

Then there was the difference in power transfer. The soles of the shoes were so much stiffer and much more efficient but still comfortable

Safety was also improved as it was so much easier to engage and disengage from the pedal. Funny how with toe clips you never thought about the fact it was harder to get your foot out of the pedal in a crash, you just accepted that as an occupational hazard! 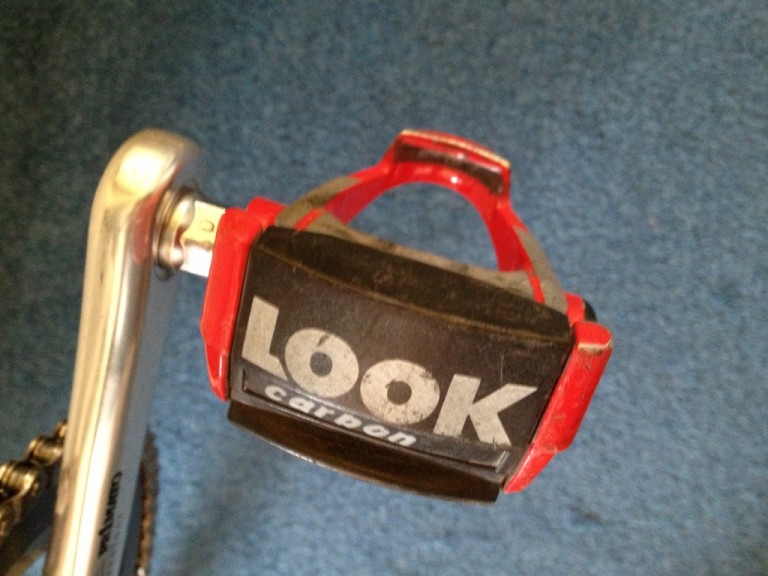 These LOOK Carbons were the improved version of the now-iconic angular looking first generation (white body with red back plate) and they carried the all important “Carbon” word.

I never could afford the original white and red so when my mate offered me a pair of slightly-used red and black pair that was my pocket money for a month gone in one fell swoop. Just a pity they couldn’t offer more float even with red cleats….

Having encountered knee pain with the LOOK Carbon pedals I was recommended Time pedals. I have used them ever since. Time pedals were unique in that they offered sideways movement as well as rotational float making them much kinder to my knees, a feature which is still very much in the current range of Time pedals.

Time pedals were also used by seemingly all of the world’s top riders. Having them was a great way to impress your mates when you turned up with them.

The unique two plate cleat meant they worked best with Time shoes as the sole was designed for them. You could use them with other cycling shoes by using a LOOK three hole cleat adapter plate but this moved the foot further away from the axle negating one of the other major benefits of the pedal which was a low stack height (bringing the foot closer to the pedal to increase efficiency).

I did try other shoes with the three hole adapter plate but this just felt really odd so I stuck with Time shoes for years. They were so good and soooo comfy I was gutted when they eventually fell apart after many, many years!

My first pair of Time pedals were branded as Suntour and they were somehow cheaper than the white Time ones which were identical (I had those as well shortly after). 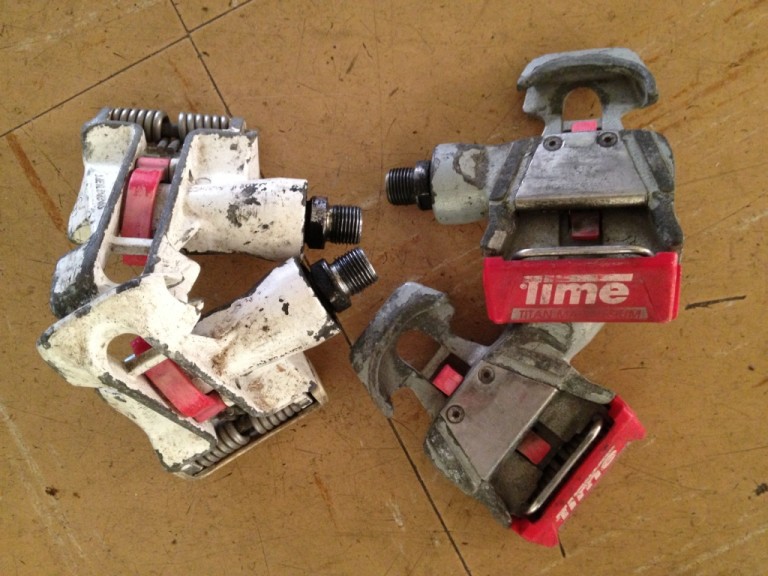 Time Titan Mag pedals were the top of the range pedals in the mid 90s and if you had these you really were very good or very well off.

They weighed nothing, looked spectacular and – at a time when clipless pedals cost about £60 – these bad boys were £180! They were real show stoppers.

I acquired some several years after they came out when the prices came down. They are probably still my favourite pedal in terms of looks and feel, even if the spring on that back plate used to fail and then fall off shortly after if not secured(!)

Compare these with modern road pedals over at Merlin Cycles