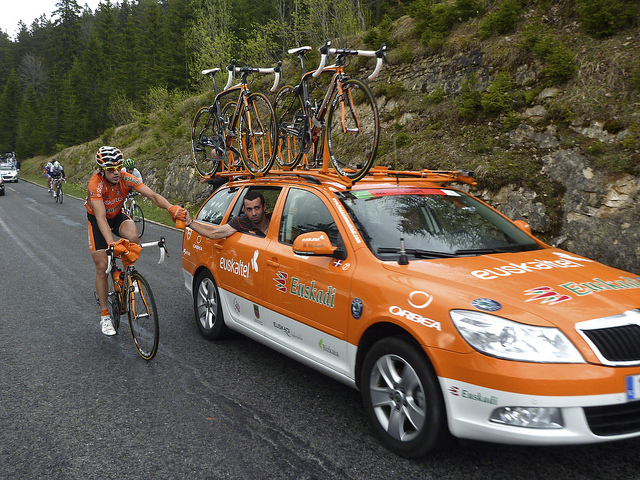 Check out the guns on the guy in the car trying to ‘pass’ the bottle!

Poor old Mattia Gavazzi (Androni Giocattoli) was disqualified for allegedly holding on to team cars during today’s stage, but he wasn’t the only one using what is termed a ‘sticky bottle’. This is where a rider takes a tow from a car by holding on to a drinks bottle being held out from the car. It’s very popular on mountain stages and when riders are going back up to the bunch following a mechanical problem or talk with the team car. Disallowed in the judge’s eyes but also hard to enforce unless you hang on for ages or while the car is doing 30mph uphill without pedalling!

How different would cycling be without Campagnolo? 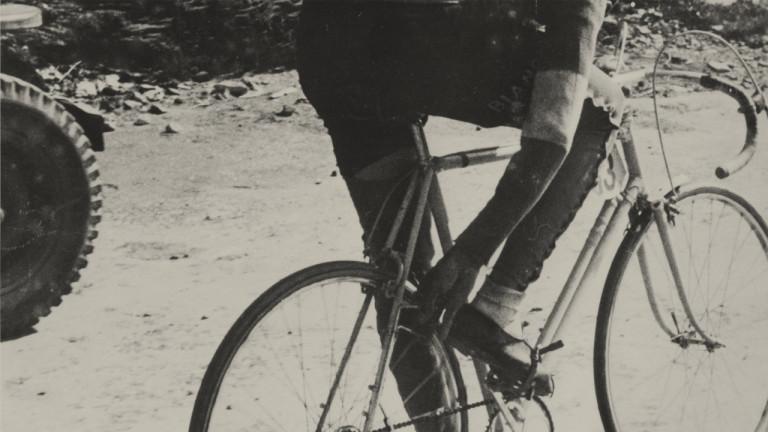 Gear changing has moved on a bit from Campagnolo’s first creation.

Today’s stage finish was in Vicenza, the home of the legendary Italian cycling component manufacturer Campagnolo, or Campag.  The company was founded by Italian cyclist Tullio Campagnolo in 1933 who created the world’s first quick release wheel mechanism as well as the first derailleur (rod) gear system. Also gave us the platform to argue about the age old debate on which cycle components are better; Campagnolo or Shimano. Ask this question to anyone who has been cycling for a while and settle in for an explanation as it polarises opinion like Coca Cola and Pepsi. 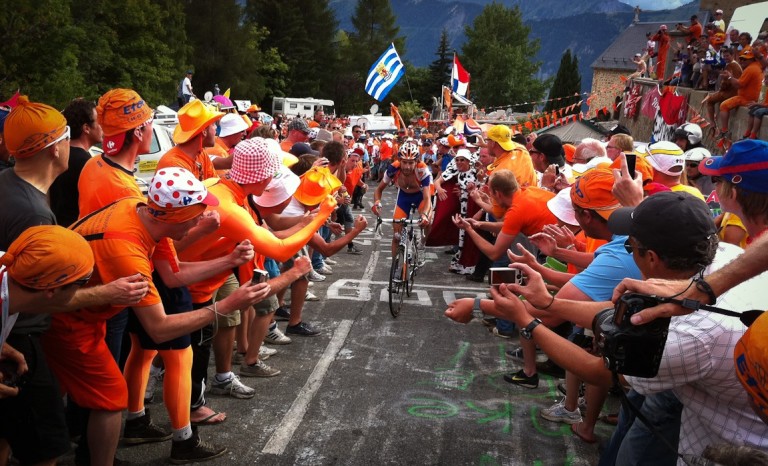 While watching the mountain time trail today, it was easy to spot the many camper vans along the route especially since the cameras kept going over the same spots on the course. Staying in a camper van has got to be one of the best ways to see a stage race especially on the mountain stages. On the biggest stages  you often need to get there at least one day in advance to get a good spot and at the Tour de France people can often get there 3 or 4 days beforehand. Just make sure you don’t go to the infamous ‘Dutch Corner’ on Alp d’Huez during the Tour de France if you don’t like loud music, drinking, singing and dancing for several days before the race and the night after!

Some roads you will just have to ride once in your life. 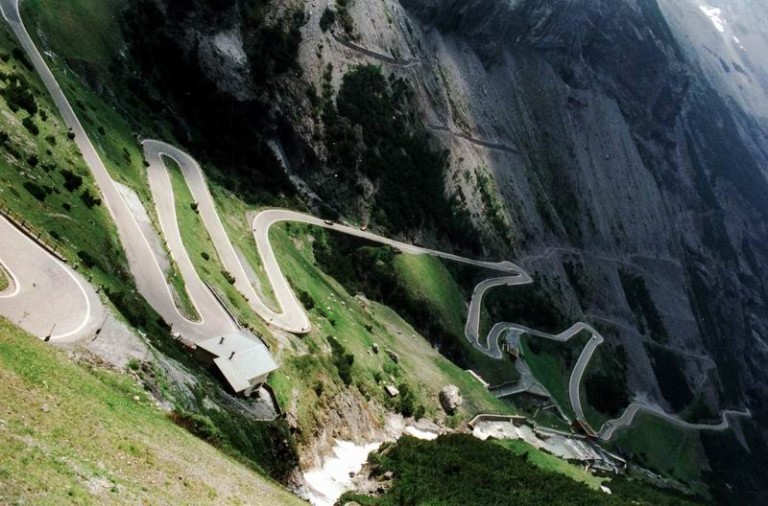 Contrary to last week’s post about its ok to miss a stage, this week the reverse holds with it’s ok to be gutted to miss a stage. Today’s 210km stage from Silandro to Tre Cime di Lavaredo was cancelled due to snow on the Gavia (2621m)and Stelvio (2757m) passes, two legendary climbs in Italy’s Dolomites region and firm favourites with Giro organisers. The climbs of the Gavia and Stelvio are fearful but stunning. Both are brutal, relentless rises from the valley floor but the views are absolutely breathtaking. If you are compiling roads you will have to ride once in your life, these two should definitely be on it, just not when snow is forecast. 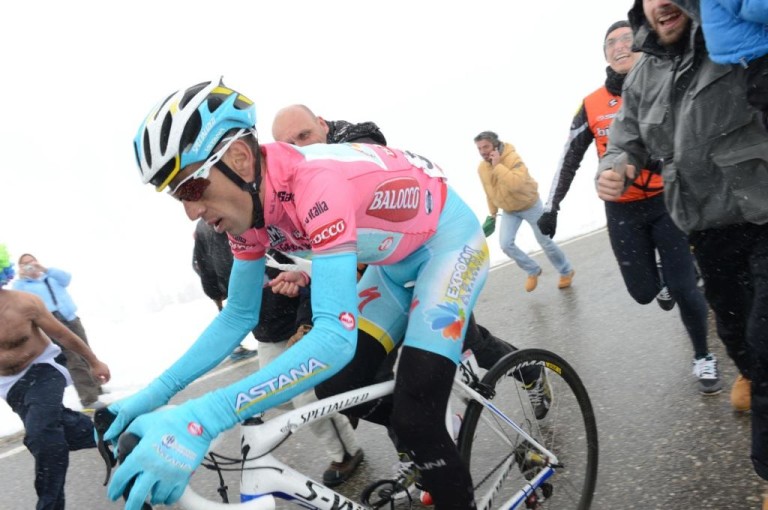 Poor Vincenzo Nibali, not only is he concerned about the climb but also being hounded by spectators on the climb today. Some crazy fan was even running alongside bare-chested in the snow as the temperature hovered around zero. 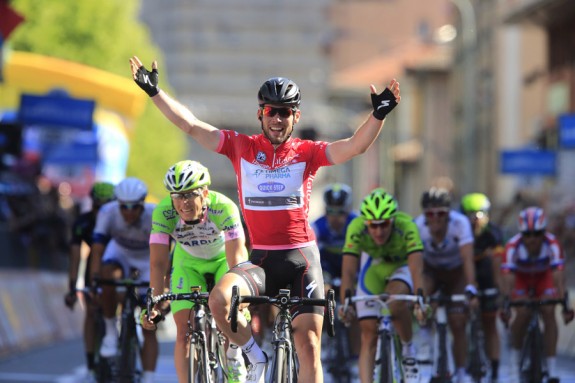 By winning the final stage into Brescia, Mark Cavendish secured the red Point’s jersey and means he has now won the overall Points jersey in all the Grand Tours – one of only 5 riders to do so. This one was especially sweet as he lost it last year on the final stage by one point. The Point’s jersey is traditionally seen as the unofficial sprint competition so once again confirms Cav’s finishing ability.