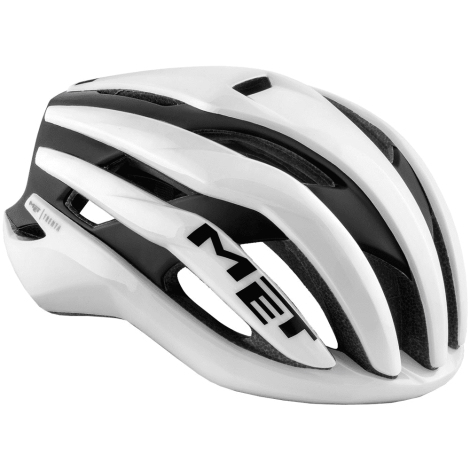 View options as list
Add To Basket Email Me
Multi-Buy Savings!
Code: 3HM126CE00MB
MET Trenta MIPS Road Bike Helmet
The Trenta was created to mark MET’s 30th Anniversary year. MET wanted to develop a helmet for elite riders, a competitive edge for the best in the sport. The name, of course is the Italian for ‘30’. Enhanced for use in the peloton, the MET Trenta’s tube-shaped tail and internal channeling ensure it performs best when riding in a group, offering up to 7% reduction in drag vs a traditional helmet. Engineered to keep you cool, the front NACA vent and rear deflectors work together to channel airflow through the helmet, without slowing you down. Just 30% of the helmet touches the head, further reducing temperature build up.
MIPS Brain Protection System
Naca Vents
Rear Deflectors
Tube-Shaped Tail
Head Contact Surface
Fit System
Specification
Mr Gochuico The Met Helmet was a perfect fit and well made. Great quality product from Merlin. The transaction was seemless and fast delivery.
Jurij Very stable on the head,.Helmet is very light.