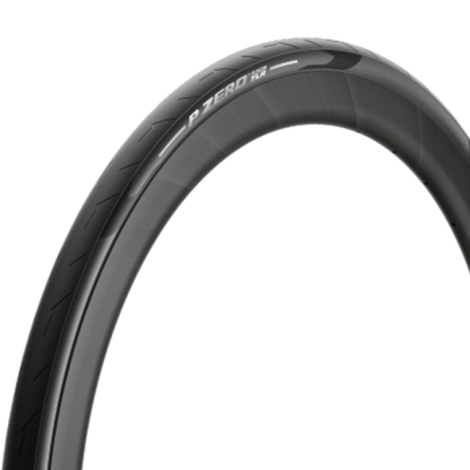 View options as list
Add To Basket Email Me
Multi-Buy Savings!
Code: PIR-392500
Pirelli P Zero Race TLR Folding Road Tyre - 700c
Using experience from World Tour racing teams Mitchelton-SCOTT and Trek-Segafredo, coupled with a constant desire for excellence, the Pirelli engineers have developed the best performing tyre ever concieved by the iconic brand.
The P ZERO™ Race TLR is crafted to pack all the benefits of tubeless technology, grip, rolling and handling, into a race-ready all-rounder which outperforms anything we have done before, tubulars included. After three years of development working with the fastest racers at the World Tour level, Pirelli designed this new tubeless-ready tyre with the new SmartEVO compound to provide our Pro Riders, as well as yourself, with the best Pirelli tyre ever made!
Features
Technology
Specification
Mr Durant Easy to fit on a Mavic Cosmic Pro rim, however they did take a good number of goes with a pump for the tyre to seal properly. Once they had sealed they didn’t really lose much pressure. They seem good after a few rides, however I got a puncture after going over a pothole in a group ride which wouldn’t seal, with air escaping from between the tyre and the rim. I think the puncture caused a pinch flat between the tyre and the rim and also damaged the beading of the tyre, so it wouldn’t seal when reinflated at the roadside. Had to put an innertube in (which I was told would be almost impossible, but was reasonably easy). I tested the resealing of the tyre on the front wheel when I got home by deflating the tyre, rolling it around on the floor to mimic riding on it, and then reinflating, and it sealed perfectly. I have bought more of these since and sm willing to give them another try as even if the sealing issue happens again, the innertube was easy to fit at the roadside.
David Proved very easy to fit (to Hope carbon) and inflated with a track pump. It did take take a while for it to seal to the rim though and would only do this with sealant. However, since then it has proved very airtight with little attention required. Only ridden about 100 miles (in poor conditions) and appears to be comfortable and grippy. Only time will tell about durability etc. I run exclusively tubeless on my bikes and generally use Schwalbe Pro One and Hutchinson Fusion and this is very comparable, so I would recommend.
Mr Porter Great tyres, easy to fit on 1st time tubeless