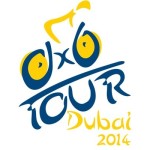 he inaugural Dubai Tour, February 5 – 8, kicked off the UCI Asia Tour was the season opener for several top riders and teams.

Although many riders had already started racing in either San Luis or the Tour Down Under, the Dubai Tour offered a potential mouth watering sprint clash between Mark Cavendish and Marcel Kittle as well as a battle between some of the biggest names in the sport for the overall.

Here are our top five observations from the race. 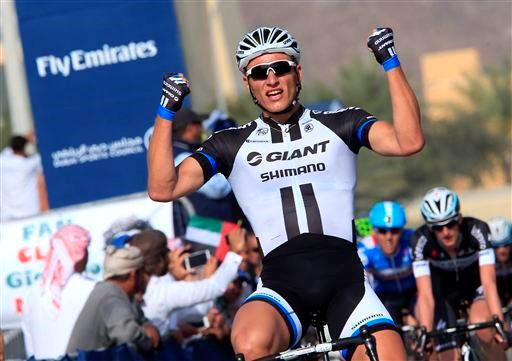 The German sprinter Marcel Kittel (Giant Shimano) showed he is the top man in bunch gallops so far this year. His three stage wins overshadowed overall winner Taylor Phinney (BMC Racing) as he was simply unbeatable in the battle for the line.

Mark Cavendish (Omega Pharma-Quickstep) seemed to be outfoxed in his positioning but we know his main aims are months away particularly with the Tour de France stage finish in his mother’s home town of Harrogate in July. 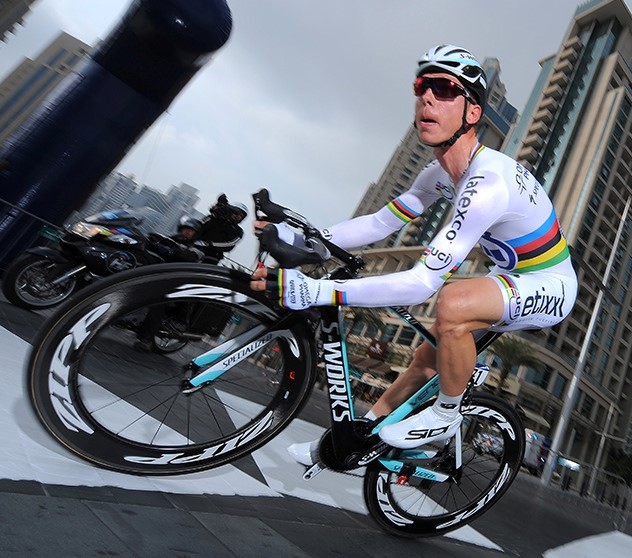 Riders were not allowed to use time trial (TT) bikes or any other aero aids such as disc wheels, aero bars or aero helmets in the time trial on stage one and we liked it.

Riders were only allowed to use their road bikes as this is meant to help level the playing field with the smaller teams not feeling disadvantaged kit wise to the larger teams, it also means the teams don’t have to ship as much kit either.

The top time trialists still came out on top but it was a surprise to see the world champion in the discipline Tony Martin (Omega Pharma-Quickstep) only come fourth. 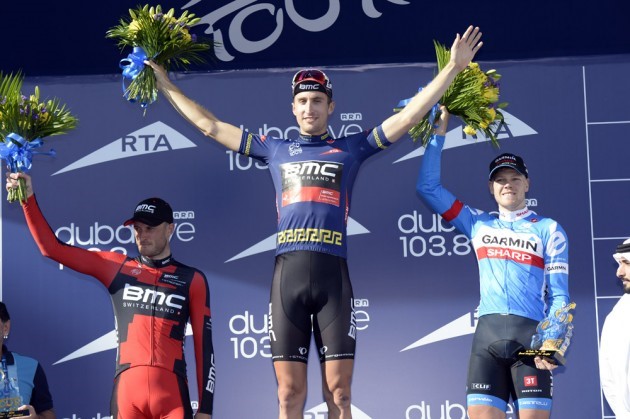 The overall winner Taylor Phinney (BMC Racing) in only 23 years old but is entering his fourth season as a professional. Big things are expected from this rider and he has slowly been knocking on the door of some big wins this last few years.

Dubai showed he is ready now for major success as he won the TT and skilfully defended his lead throughout.

Steve Cummings has the engine 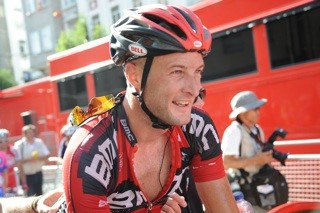 Second overall was Brit Steve Cummings (BMC Racing) and he was visible the whole race. Not only did Cummings beat some of the biggest names in the sport in the stage one TT, he also rode very tactically and strongly to help team mate Phinney win the overall as well as consolidate his second place. Hopefully this will be the first of many successes for the Wirral rider in 2014. 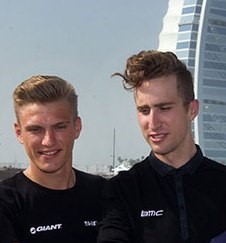 Never mind Versace designing the leader’s jerseys, hair product companies would have had a field day here. The battle of the quiff was won by Phinney who easily beat the usual winner Kittel into second place.

2014 is going to the battle of the barnet and we think rider’s hairstyles are going to dominate race promo shots and press conferences with the amount of coiffing going on.