This year’s 2014 London Nocturne was set once again in Smithfield Market against a packed city backdrop of noisy spectators and tight turns.

The women’s elite race which I was to compete in was shortened to 30 minutes due to a crash in one of the earlier events, there’s lots of different races on all afternoon and evening including a penny farthing, folding bike, Boris bike, classic bikes and mixed category races as well as the elite men’s and women’s criteriums.

None-the-less there was a buzzing and excitable atmosphere even if it did get a little rowdy. Many of the spectators were a little ‘jolly’ by the time the main event of the evening’s racing schedule came to start but this all added to the atmosphere that is unique to the Nocturne and is what the event is all about. 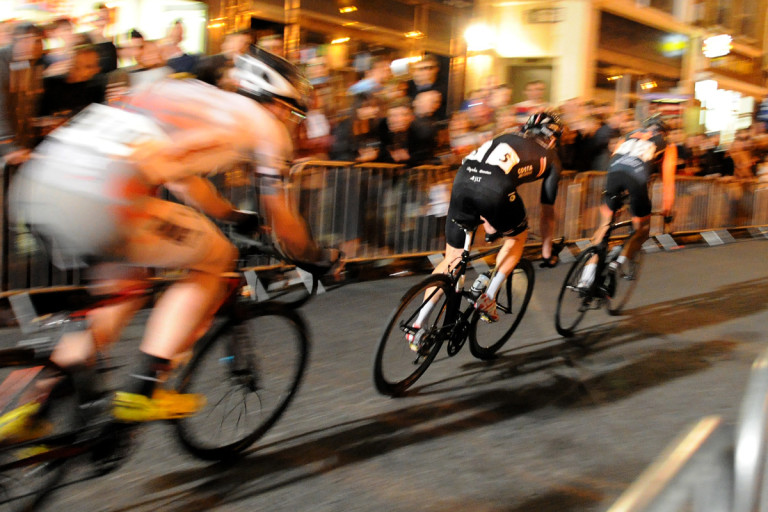 The pace was relentless right from the gun; a very strong field with plenty of big name riders, including a world champion, fresh of the Tour Series crits meant it was never going to be any other way. The race pretty much continued that way for the rest of the 30mins without ever waning.

The course was a technical 1.1km circuit and almost entirely flat apart from one small drag which became a real drag in the big ring after a few laps, so not a course to be taken lightly. I struggled with how to tackle some of the tricky corners early on but once I settled in I was hitting them at speed and a came to enjoy them as they provided a break from pedalling. 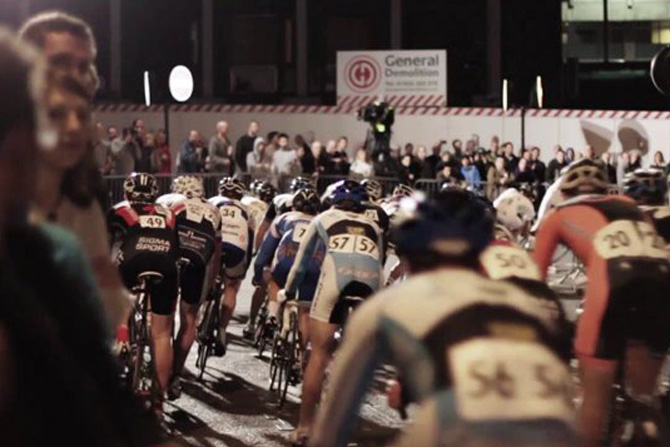 Unfortunately I was unwell on the day but still desperate to compete in such a prestigious event so took to the start and gave it what l had. As a result my performance suffered but despite this the crowd cheered loudly with real encouragement which certainly lifted my spirits. It was an experience to not be forgotten and I even managed to get the back of my head on the telly!

Hopefully next year I will be on form and can come away with a better result. Still, it was great to ride this year’s event in my new kit and help get some exposure for Team Merlin Cycles.