Another three stages down in the first Grand Tour of the season, seeing some brilliant riding, nail biting finishes and a wonderful rememberance of the late Wouter Weylandt from Stage Six winner, Mark Cavendish. 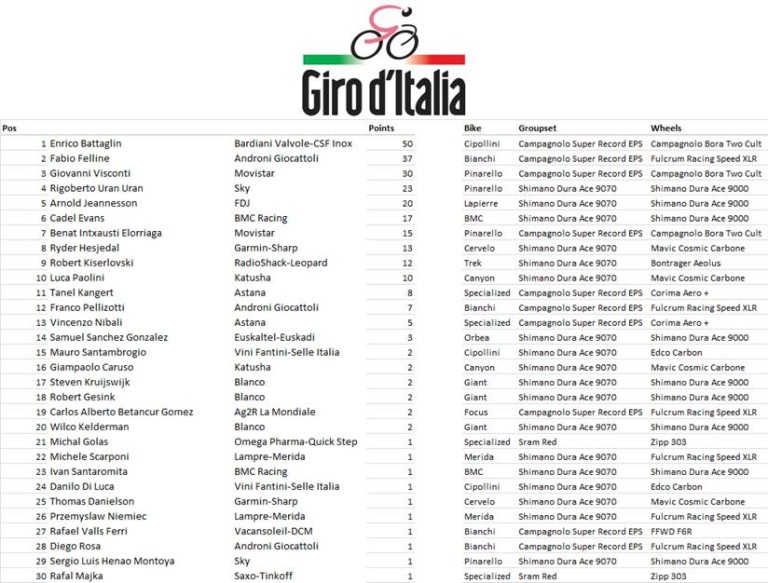 And for the manufacturers this meant: 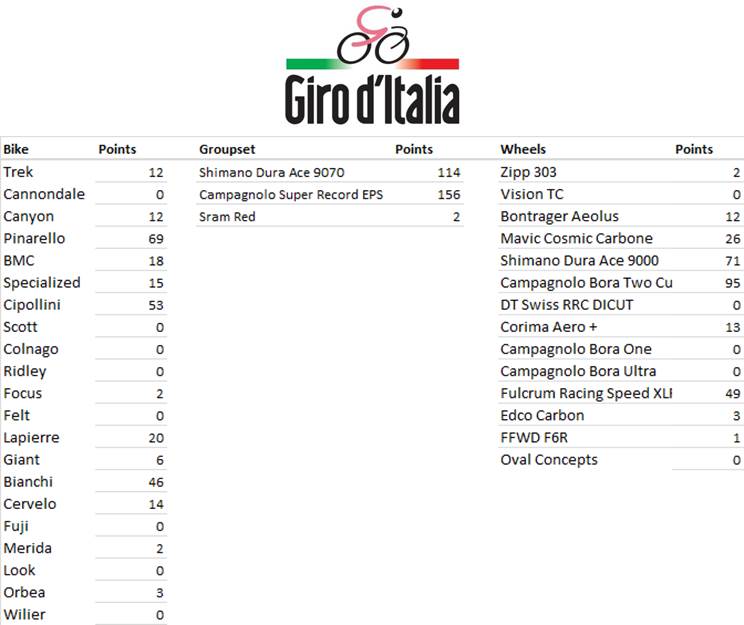 Stage 4 being dominated by the Italian manufacturers, Pinarello, Cipollini and Bianchi. A rare stage win for Campagnolo too, a sign of a shift in power perhaps?

A crash affected stage 5 saw John Degenkolb take the win, with 89 other riders sharing the same winning time – because of the crash, the bunch wasn’t that tight 🙂 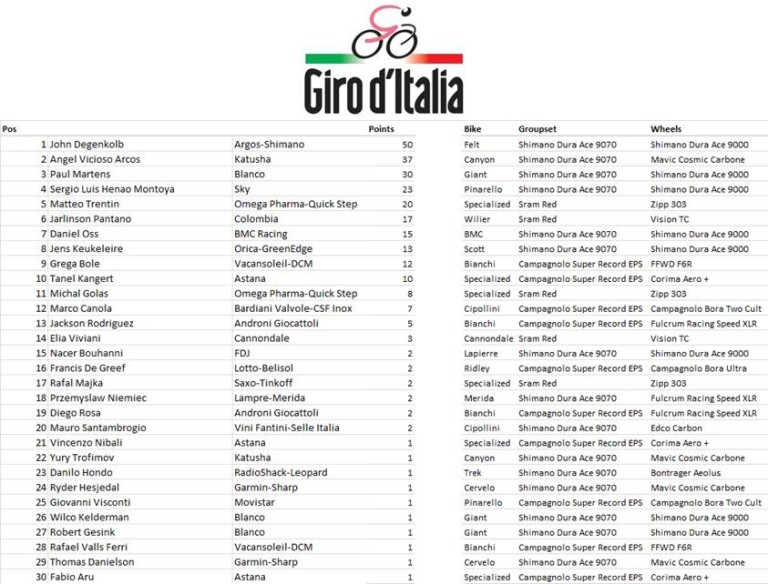 And for the manufacturers: 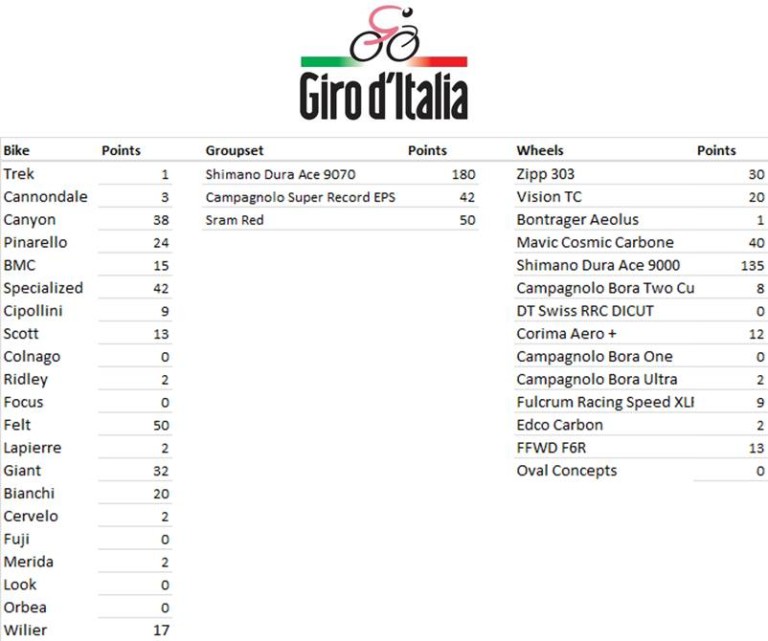 Stage 6 saw Mark Cavendish take the 99th stage win of his professional career – utterly incredible. It will be very interesting to see if he can add any more  to his tally of 23 in this year’s TdF, aiming for the crown of Mr Merckx (34 stage wins!) 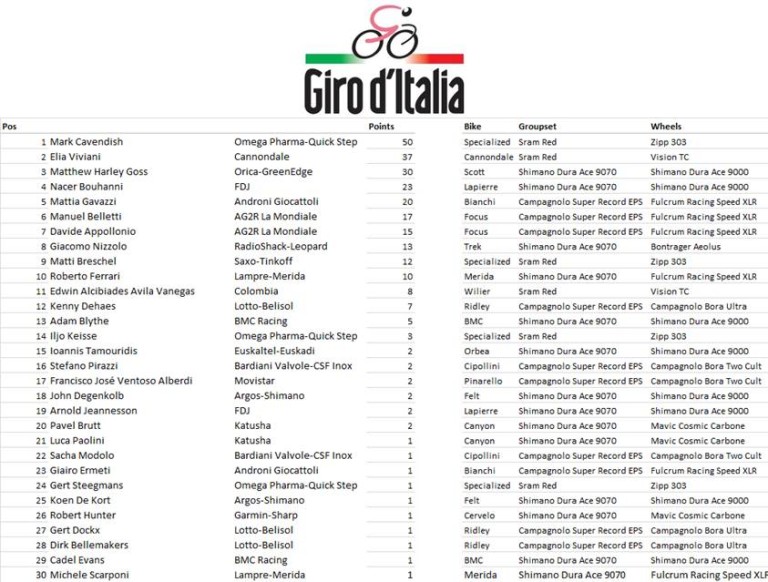 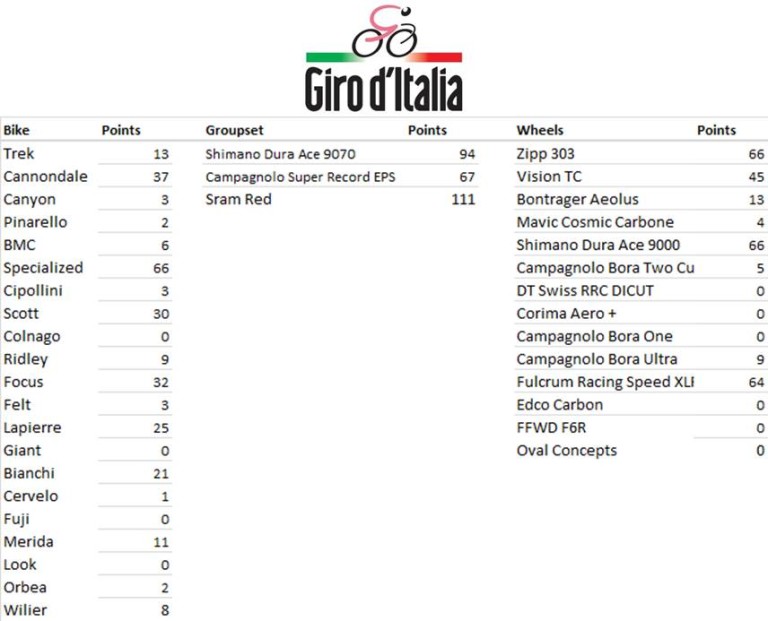 So the running total so far for the manufacturers looks like this: 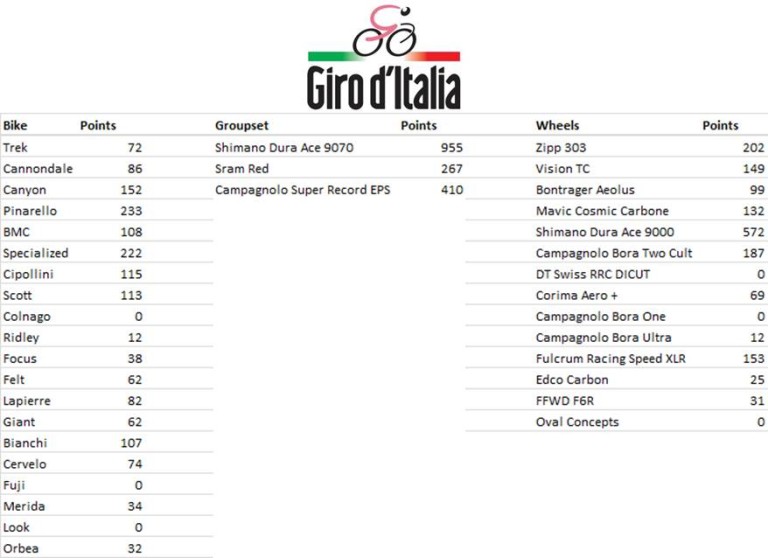 Still a comfortable lead for Shimano in the Groupset Table, with Pinarello fighting it out with Specialized in the Bikes. It’s already looking like a fight for second place behind Shimano in the Wheel Division too! Still plenty of stages left though, and anything can happen in a Grand Tour!